Dead Island 2 has been in development hell for years and now the game has been officially delayed again to April 23rd, 2023. 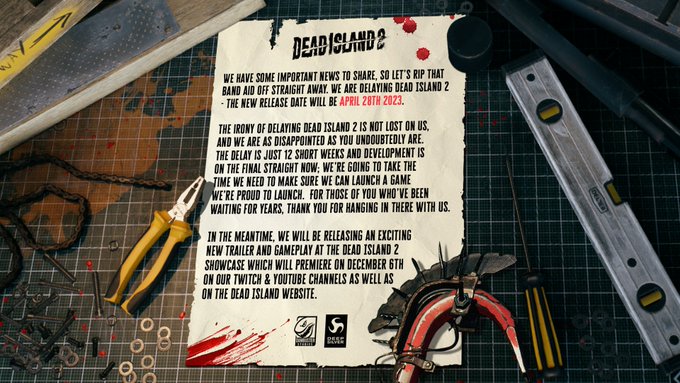 An official post details it’s to polish the experience. To provide fans with someone a new trailer will launch on December 6th showing off gameplay.

This trailer will need to wow fans and audiences as players have high expectations. The original game launched in 2011 and the most recent game, Dead Island Survivor, was a mobile game. Unless this trailer provides something amazing expect even the most dedicated fan to look elsewhere.

Dead Island 2 is in development for Xbox One, Xbox Series, PS4, PS5, and PC.