The Ghostbusters franchise is extremely beloved by many dedicated fans with its share of ups and downs. Ghostbusters: Spirits Unleashed is the latest addition that has developer illFonic, best known for Friday the 13th: The Video Game and Predator Hunting Grounds, bringing the 1v4 formula to the series. With 1 player taking control of a deadly ghost while 4 players hunt them down as a new Ghostbuster. It’s a fun and engaging game with a lot of potential for becoming something beloved by both gamers and Ghostbusters fans. 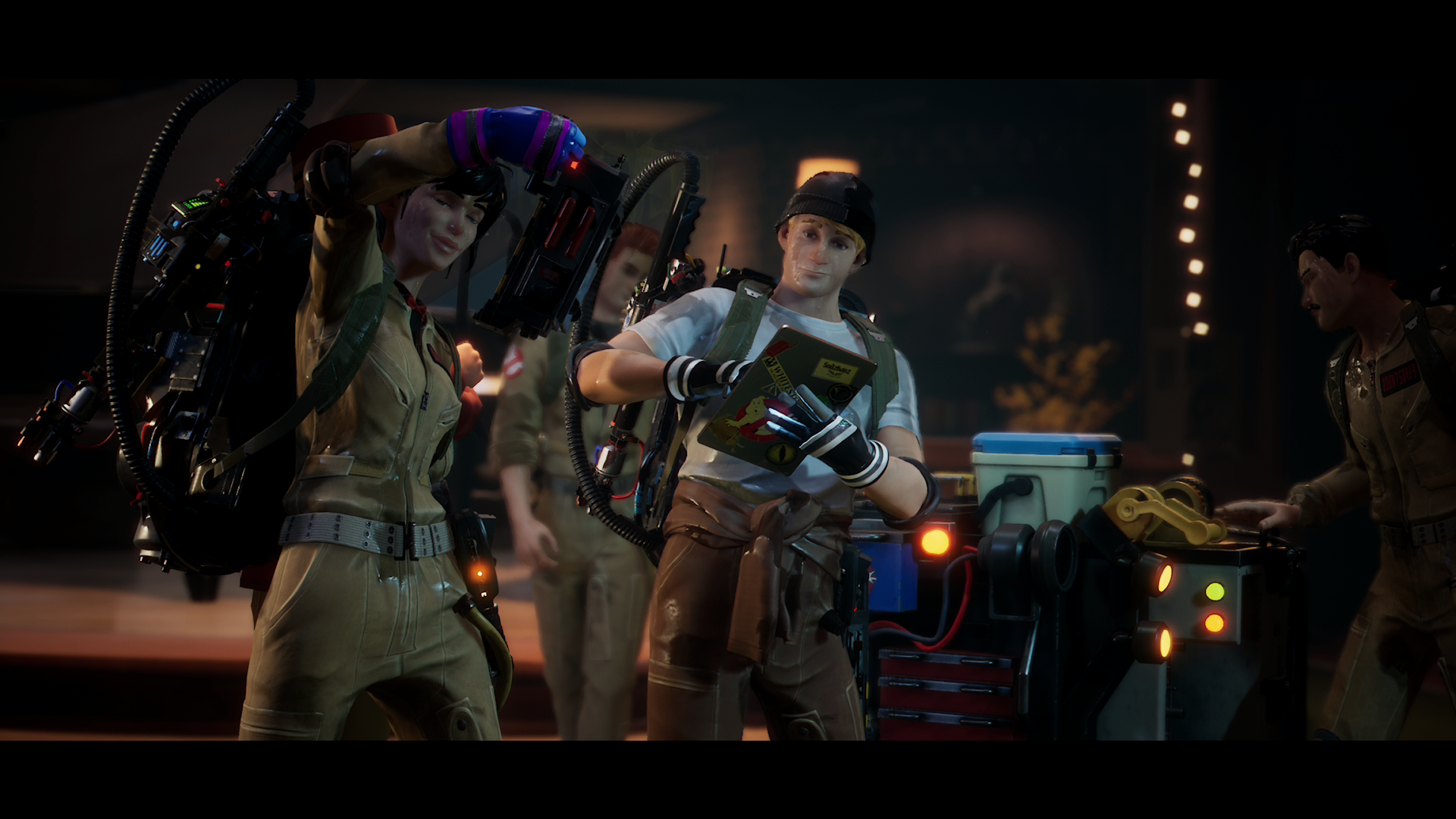 Ghostbusters: Spirits Unleashed has you in control of a novice Ghostbuster under the care of veterans Winston and Ray alongside newcomers Kait and Eddy. Your goal is to complete your training among these legends and newcomers while dealing with a new unexpected threat within the HQ. It’s not an exciting story but serviceable in pushing the player forward and if you want to rewatch the cutscenes an option is available by the Echo-1. The core of the game is taking on jobs.

Players take 1 of 2 roles, either part of the 4-player team of novice Ghostbusters or the ghost. The ghost must haunt the environment to scare off all the humans in the area. The Ghostbusters must capture the ghost while keeping the people calm so they don’t leave and complete the haunting. As always communication is key among the Ghostbusters whereas the ghost must rely on hit-and-run tactics to complete its goal.

Each Ghostbuster has an array of tools at hand to impede the ghost and capture it. You have your basic Proton Pack and trap but other options include a grappling hook, mines, goggles, and a radar that can be swapped out during jobs but need to be earned through leveling. The most important tool is the PKE meter which allows you to track the ghost and emit a stun for easier capture. The goal is always to capture the ghost before it can complete the haunting. Requiring players to tether the ghost using their Proton Packs and capturing them using 1 of the Ghostbuster’s traps. Be careful as you need to pick up the trap after each use and ghost players can steal unattended traps.

Ghost players have a distinct set of tools to use as well. This includes possessing objects to recharge their energy and haunting objects to create distractions as they escape. The goal of the ghost is to scare the humans so they leave, causing a complete haunting. If captured the ghost respawns at a 1-time rift but if destroyed by the Ghostbusters prior to use it’s gone for good. Ghosts have 3 rifts per level and if attacked by a Ghostbuster can be transferred to a new object. Unlike the ghost, who can be tracked through the PKE meter artifacts containing rifts are randomly placed and must be located. Ghosts have plenty of ways to avoid Ghostbusters including an Ultimate Ability that covers the area in slime but has a long recharge. Ghostbusters can only be disabled and slowed down by covering them in slime to prevent them from moving for a limited time. Ghost players can also fly, which drains their energy quicker if sprinting, and gain a boost of speed if they avoid being captured when tethered by the Ghostbusters. 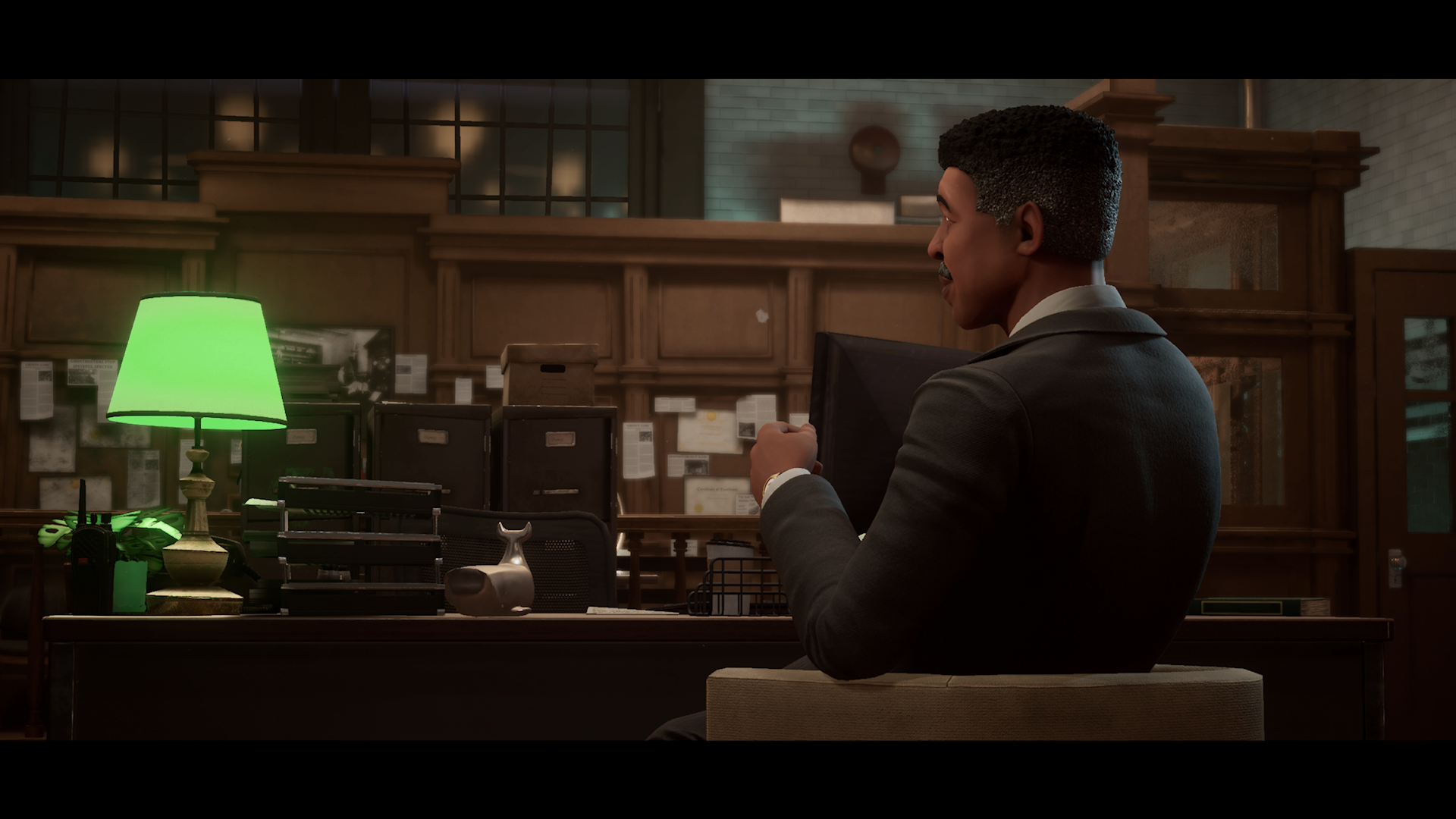 The Ghostbusters can explore the iconic firehouse and build their gear between jobs. This includes customizing your active gear such as your particle thrower, proton pack, P.K.E. meter, and ghost trap with a variety of options that you earn for leveling up. Cosmetics are available as well that include an array of clothing and color options for both male and female players. With research contracts, you can earn extra experience but can only choose 1 at a time and some are locked based on specific equipment levels. You are constantly earning new items and despite higher levels getting new gear IllFonic has learned from Predator: Hunting Grounds and balanced the game better here. You’re constantly earning experience from participating in capturing ghosts, closing rifts, calming the people, or collecting fungi and other items around the area. The same goes for ghost players who earn experience for minor and major actions.

The ghosts have a distinct HUB area in the Ghost Realm but it’s drastically smaller than the firehouse. Here players can choose which ghost to take into hauntings with 5 in total with sub-types available. Each ghost has specific talents and statistics but you’re never at a disadvantage, any option is completely viable but the ghosts level up differently from the Ghostbusters.

Controls and gameplay-wise, playing on either side are simple and easy to understand. The tutorial does a great job of explaining everything but even if you skip it, which many of us do, the concept is easy to grasp. Ghostbusters take on the first-person perspective whereas the ghost players are in the third-person. Both are easy to control and navigating the environment is straightforward thanks to great level design. The presentation brings everything together with outstanding visuals and fantastic voice acting. The developers really knew what made Ghostbusters special and the game’s overall atmosphere reflects this.

Currently, the game offers 5 maps, each offering distinct challenges for both ghost and human players. This includes a museum, lodge, prison, pub, and ship that progressively gets more damaged the longer the haunting continues or if the Ghostbusters decide to destroy the place. Matches are easy to find thanks to cross-play and you’re constantly placed into the next match until you decide to quit with post-game stats highlighting who did what and awarding those with high achievements. You cannot queue for a specific role, such as ghost or human for now; likely to ensure matches get filled quickly. For the most part, matches have been fair neither side having a massive advantage. Ghost players can run circles around clumsy teams and coordinated teams can easily overwhelm ghost players with ease. The issue is that there aren’t enough maps at the moment and you’ll quickly have done everything the game offers by the 2-hour mark. There’s great fun to be had and hopefully, the developers will seize the potential here and deliver some great new content. 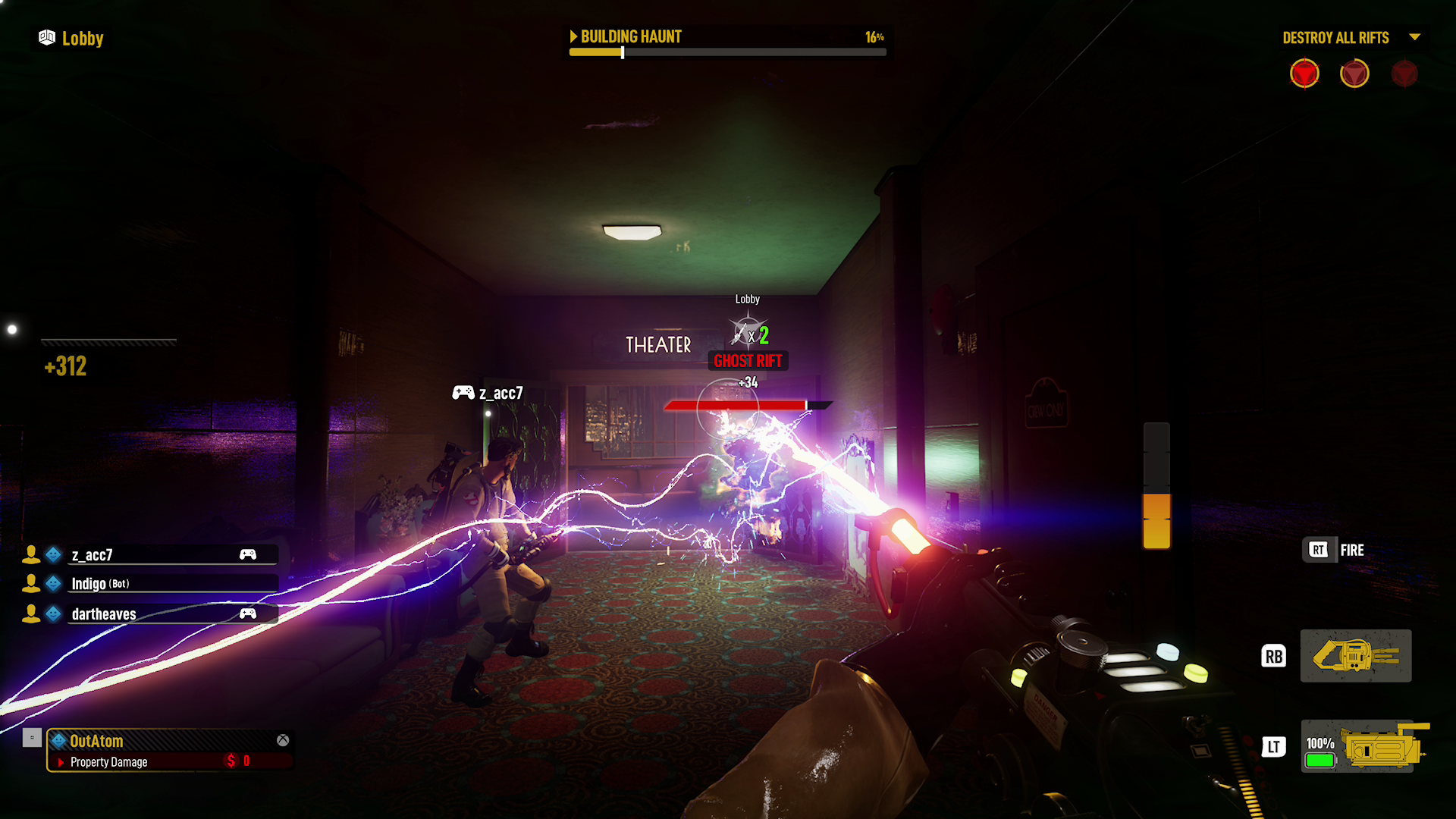