Space Chef is an upcoming 2D open-world game where you and up to 3 friends build a restaurant up to becoming the best restaurant in the galaxy. 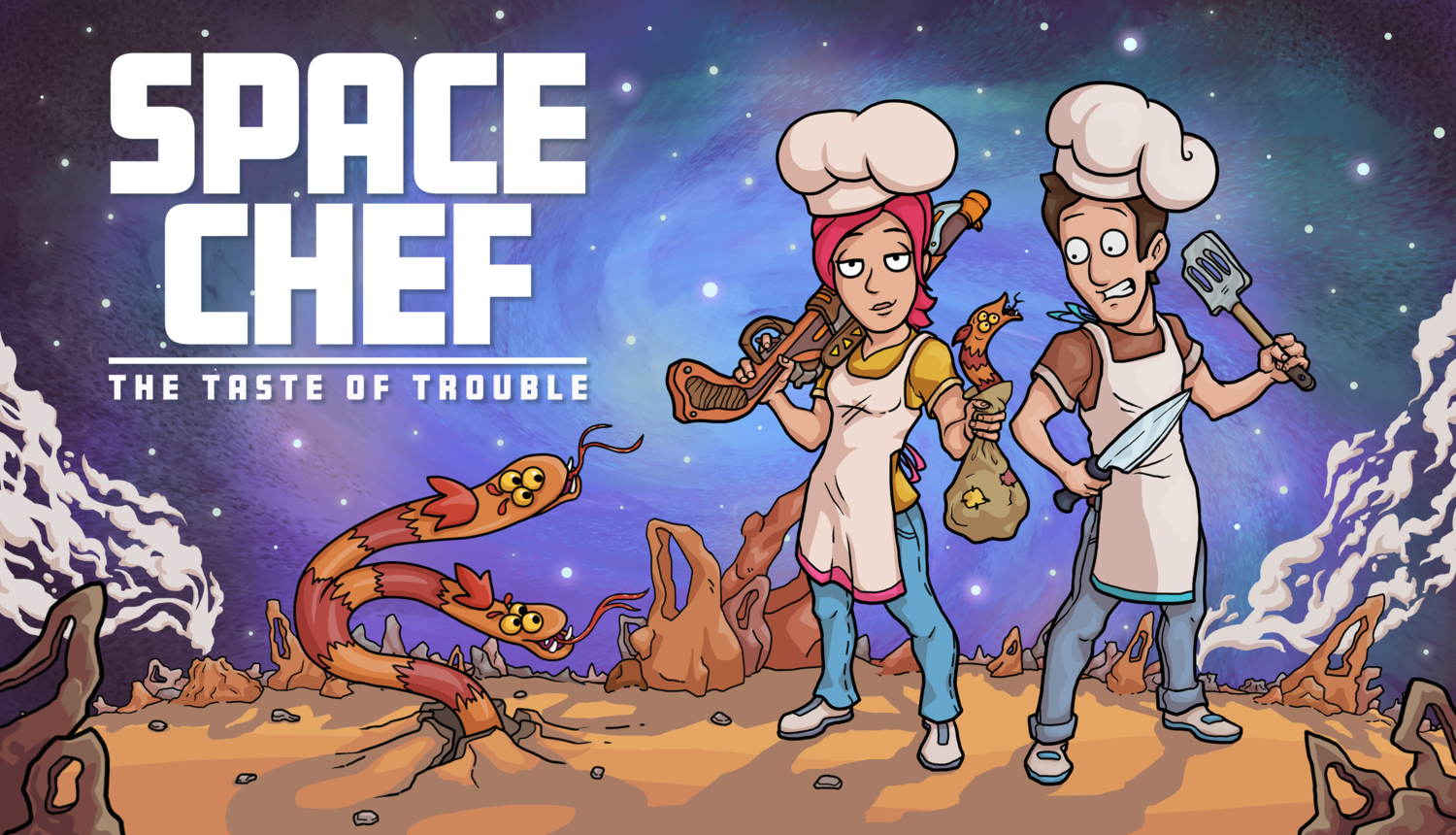 “We’re very excited to announce that we’re working with Kwalee as a publisher to help with funding, marketing and QA. This allows us to focus on the actual development and making Space Chef the best cooking/action/survival game possible. Everyone at Kwalee is genuinely interested and invested in us and our game. We can’t wait to launch Space Chef together with them”, said Niclas Marie, Project Lead, BlueGooGames.

Chop, grill and fry your way to success using a big selection of the finest alien ingredients.

Explore the galaxy to hunt for ingredients; from your own basement to the distant ice planet of Cubo, home to the most dangerous lemmings in the universe. The Ratoid in your basement might look disgusting, but a starving Zublorgian will pay good money for a grilled one on a plate with some cheese.

Deliver your food across the galaxy

Some places are more fatal than interesting, but Rusty Town is one settlement where you’ll find nice, hungry customers.Don’t miss Zlurka’s for drinks, gossip and some late night Graffle-riding. Beware of the Galactic Police if you’re smuggling illegal ingredients, like the rare stinking red Blurgon Fruit.

Watch out for hungry space pirates, who will do anything to stop you from delivering your food. Defend yourself using a space blaster built from an old broken BBQ and some gunpowder. Or make some delicious deliveries to the pirate leader and have them as allies against competing food delivery services.