Core Keeper is one of the biggest games of the year, selling hundreds of thousands of copies since entering early access. Now an upcoming event featuring indie gem Terraria is coming. 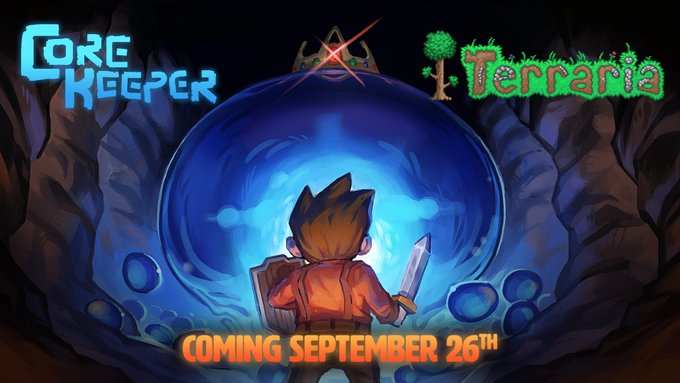 We’re delighted to announce that we’re teaming up with Re-Logic for some exciting crossover activity. Core Keeper and Terraria are both sandbox games with a focus on exploration and adventure, and we’ve been in discussion with Re-Logic for a little while now about ways that we could come together to celebrate both games with our respective communities.

The event will include a creature from Terraria’s hard mode, King Slime, but must be summoned for players to fight. The developers are keeping the process secret for now.

The developers are also including some helpful NPCs. This includes 2 Cavelings such as a merchant to provide specific goods and Caveling Pet to follow your character around.

Unlike other events this is permanent.