Trove can now take part in the Sunrise update that includes the new Solarion class, the reworked Shadow Hunter class, and the new Bomber Royale season. 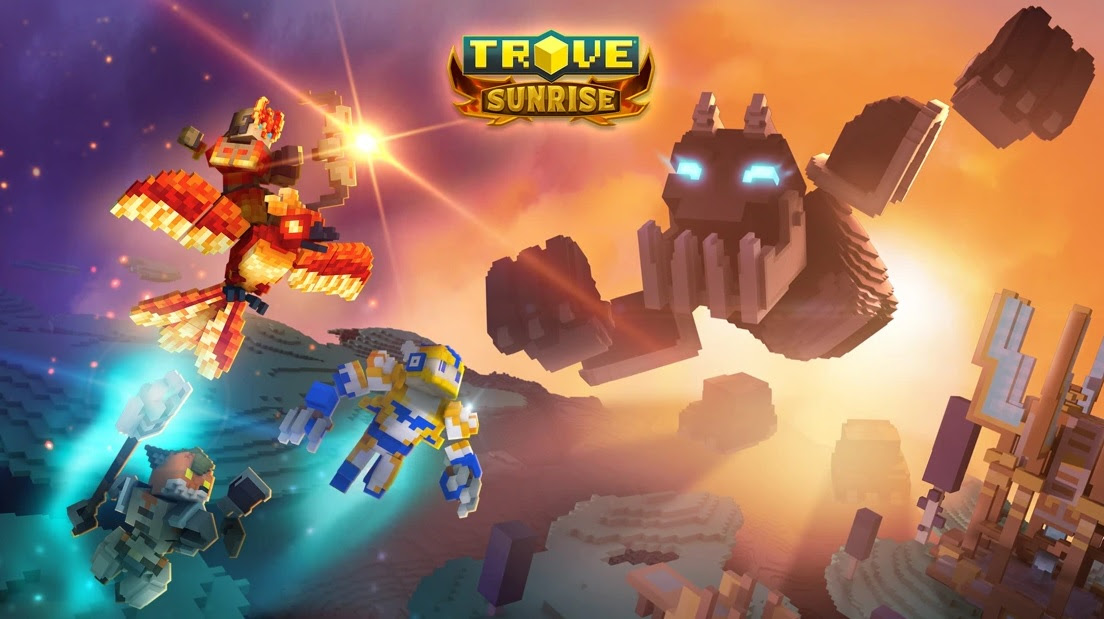 The new Solarion class works as a servant for the Sun Goddess to smite enemies through a combination of bow attacks and phoenix pet for melee strikes.

This fired-up class uses their Phoenix Radiance passive ability to increase their attack rate and gain energy to summon a pet phoenix to aid in battle. When the phoenix is slain, a self-healing egg will spawn and explode once its max health is reached. And from the egg’s ashes, the Solarion’s phoenix will rise again to aid their master once more!

The Sundered Lands is the new biome that can be reached by those who have progressed to Uber-1 Adventure Worlds but is found in Uber-7. With unique upper and lower levels players will find new challenges such as the Irradian Sky Giants.

The Shadow Hunter class has been altered.

New passive ability and their new Sacred Arrow Ultimate Ability, which unleashes a large arrow of pure energy dealing 300% damage every 0.5 seconds for 7.5 seconds, piercing through targets and blocks. Additional classes have also been rebalanced, such as the Boomeranger and Gunslinger.