Forspoken has had a mixed reception from fans since its debut but we’ll have to wait a bit longer before seeing the final game. With the game delayed to 2023. 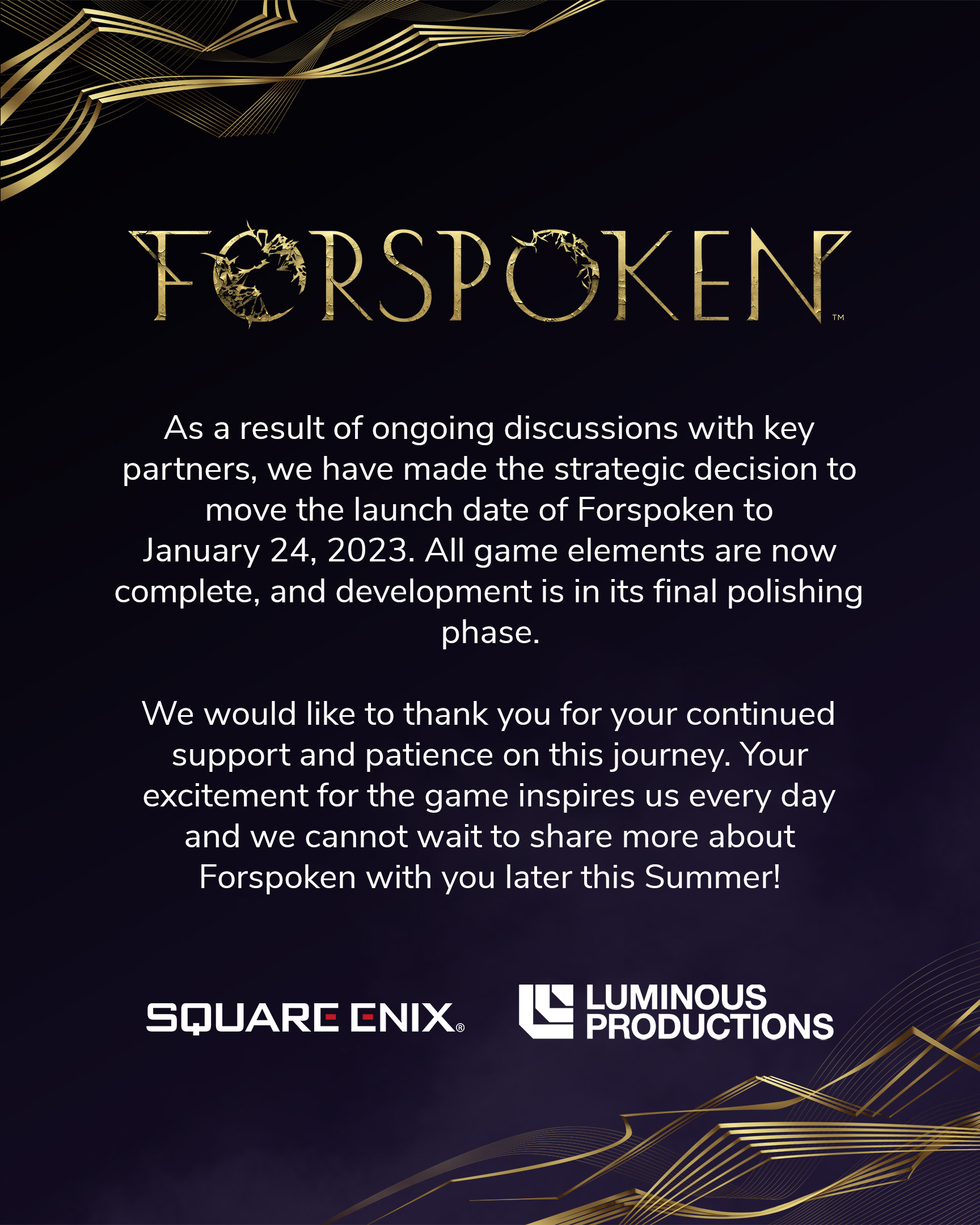 Square Enix really needs a win as the company has not been in the best position among gamers. Marvel’s Avengers was a huge flop despite having a 10-year plan for the game and despite Guardians of the Galaxy being well-received, it did not translate into sales. Likely due to the fallout of Marvel’s Avengers.

The company’s recently published title, Babylon’s Fall, is one of the worse games to release this year. Along with the company decided to sell off incredible IPs such as Tomb Raider, Deus Ex, and Soul Reaver to pursue blockchain technology. We also have a lawsuit between Yuji Naka and Square Enix about Balan Wonderworld to add to everything.

Final Fantasy has been riding high though. With the MMO FF14 doing very well and many are excited for the next installment in the Final Fantasy 7 Remake trilogy and the remaster of Crisis Core: Final Fantasy 7.

Hopefully, this added development time will ensure Forspoken launches both in a stable state and capitalizes on what people expect from Square Enix. Epic adventures and beautiful worlds.