Streamer mode is becoming an actively more popular feature for gamers seeking to play games without licensed music. The option is usually made for streamers seeking to avoid copyright claims. Games such as Far Cry 6, Life is Strange, and Marvel’s Guardians of the Galaxy have this option, and apparently so does The Quarry. It seems that 2K Games and Supermassive did not check this option and when turned on the game still features licensed music. 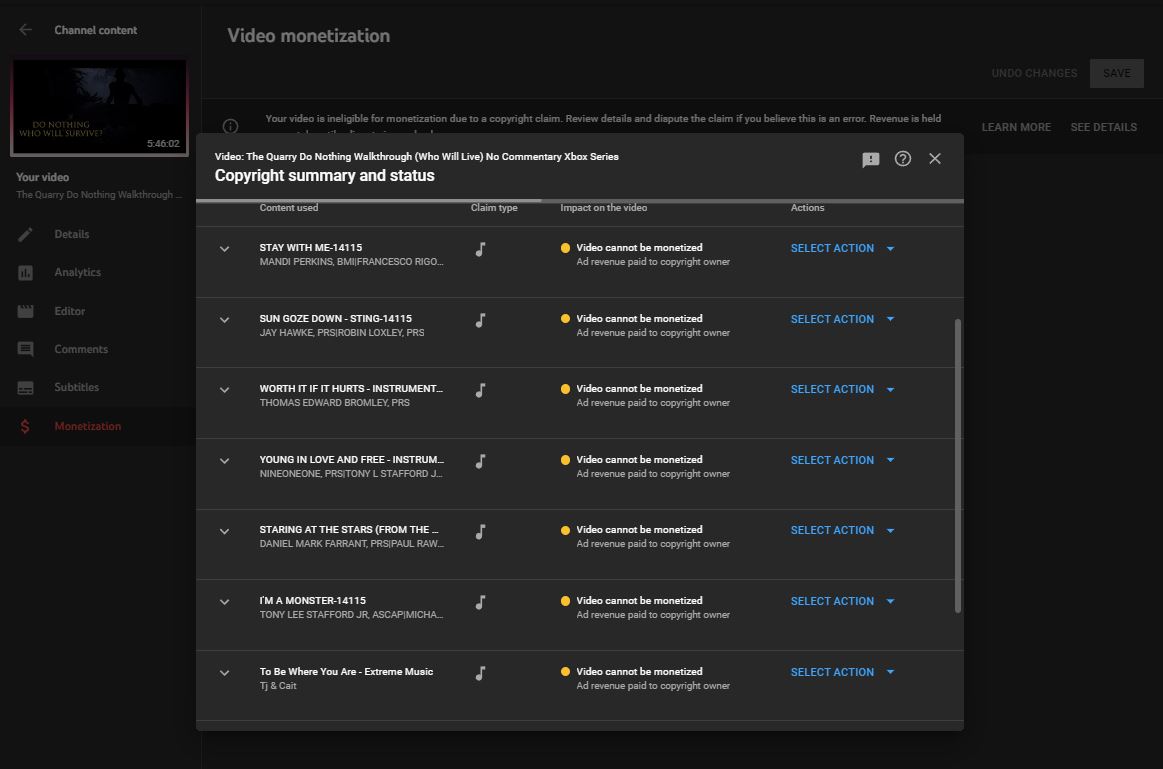 Many gamers, including myself, have been hit with multiple copyright claims while playing The Quarry despite having the Streamer Mode option turned on. This is 1 of many issues that plague The Quarry as it includes lots of technical problems and on Xbox crashes frequently.

It’s unclear how this was overlooked. As shown above, the music being claimed by YouTube is staggering and many tracks are full of songs the developers should’ve been able to catch easily.

The Quarry is now available for PS4, PS5, Xbox Series, Xbox One, and PC.