Since the release of Until Dawn Supermassive Games has garnered a reputation for delivering amazing horror narrative-driven adventures that focus on player intervention. Whereas the most recent games as part of The Dark Pictures Anthology serves as smaller stories The Quarry is Supermassive Games’ first big adventure since Until Dawn. A gripping horror adventure where the player shifts the narrative in a multitude of ways and doesn’t end until the credits roll or everyone is dead. Despite maintaining a strong branching narrative that creates intense tension with each new QTE Supermassive repeats many of the same issues found in their previous games with The Quarry. Coupled with major technical problems. 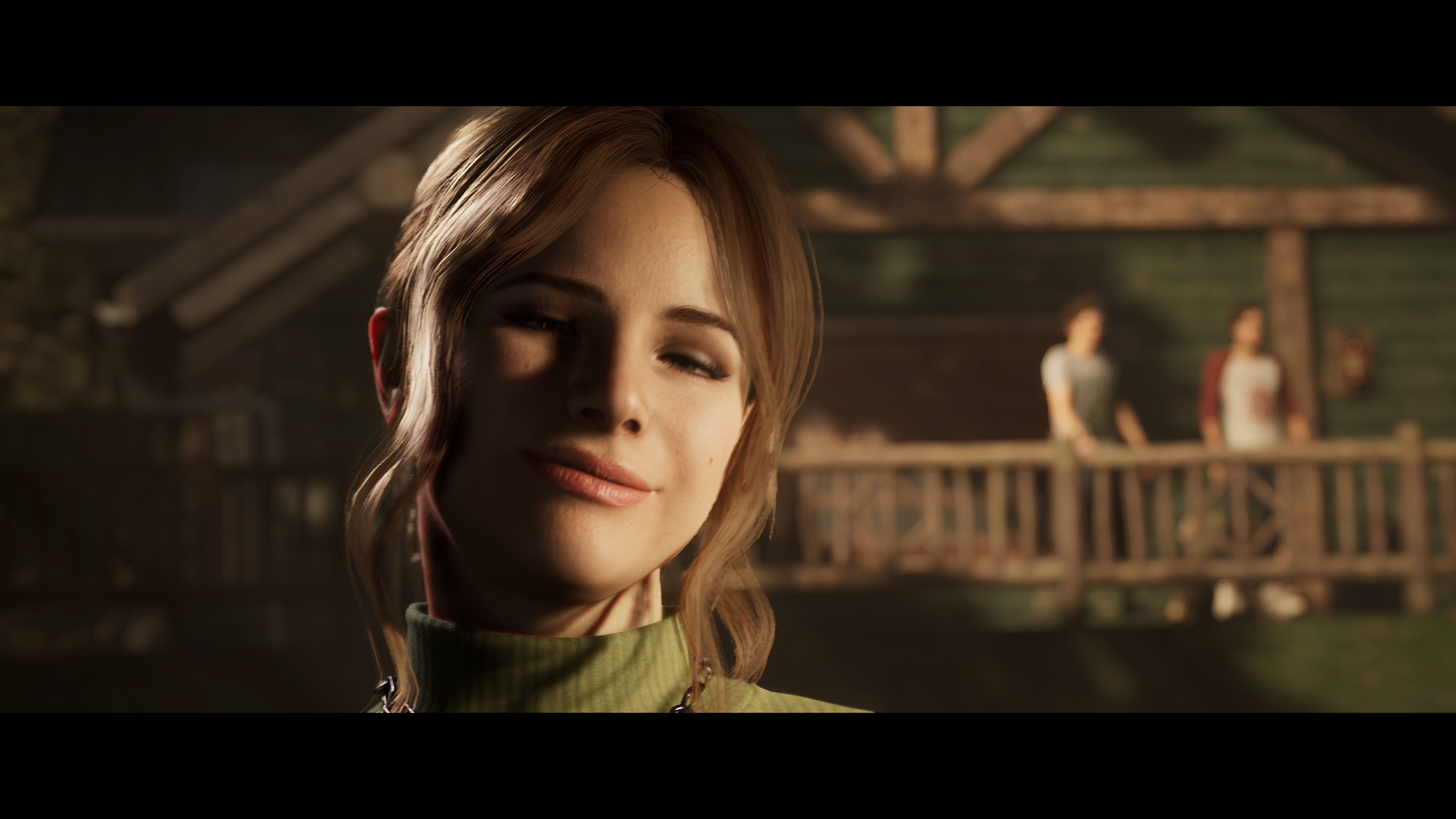 The Quarry has players taking control of various counselors for a summer camp called Hackett’s Quarry Camp. There are no main characters but instead an array of people you take control of. Each one has a distinct personality that shifts based on the choices and actions you make. The personality of each character will shift resulting in different ways outside of the player’s control as you dart between each person. Jacob is the sensitive jock, Ryan is the distant loner, Kaitlyn is brass and brave, Emma is a free spirit who likes to cause drama, and Dylan wants to be more than a side character. There are plenty but you’ll control these 5 most of the time.

The goal is to survive the night during an animal attack. These are no ordinary animals and hunters are roaming around the area despite the hunting season being canceled. Whether you uncover the truth of what is going on or even complete the story is up to the player. The narrative will continue regardless of who lives or dies, with the credits providing a detailed account of everyone. There’s no flow chart like in Detroid Become Human so the options available are hidden unless you experiment. With significant choices being highlighted by a filter and shifts in the character’s personality written on the screen.

The narrative takes heavy inspiration from horror films like Evil Dead, The Hills Have Eyes, Jurassic Park, Friday the 13th, and many more. It can become vexing at times due to the character’s poor logic to adhere to cliche horror rules. For example, early on in the game, Jacob is told exactly how to sabotage the group’s car so he can rekindle his relationship with his summer love. And the person who told him is surprised the car doesn’t work. These moments are rare but you’ll roll your eyes in sarcasm every time common sense is avoided by these people. Despite this, each character does have moments that make them more than just 1-note stereotypes. Such as Jacob crying after dealing with a difficult emotional moment or Ryan realizing he may have to hurt someone he cares about.

The performances are incredible with each actor having excellent voice actors. Brenda Song, David Arquette, Ted Raimi, Ariel Winter, Ethan Suplee, and so many big names are here. The facial and body animations are extraordinary, especially the death animations. Some of the deaths in this game are disturbingly brutal as bodies are torn apart and body parts sent flying. That being said the character’s hair, specifically the women, moves in very strange patterns. Often bouncing in distracting ways that is completely unnatural. 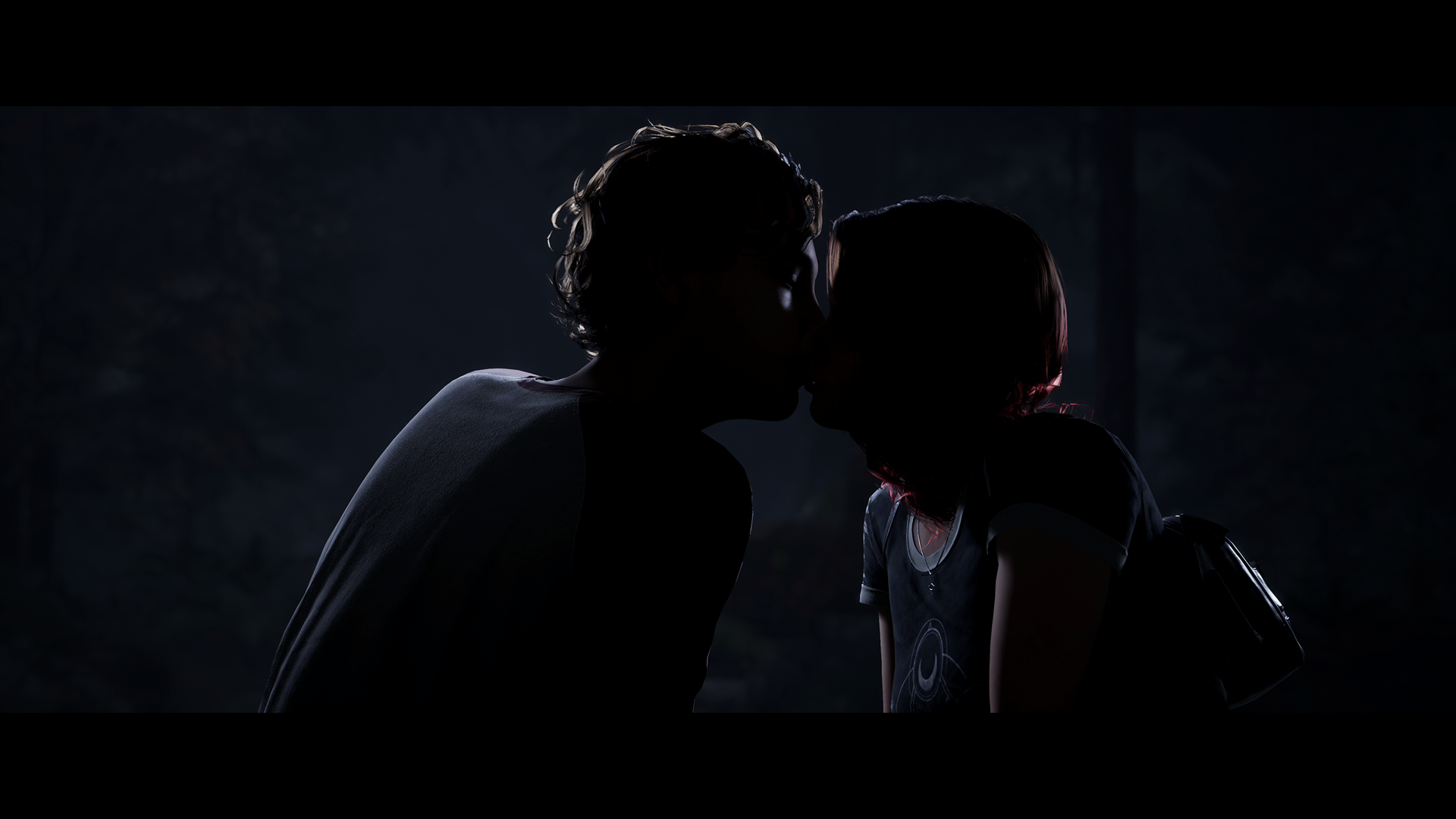 The gameplay hasn’t changed from previous Supermassive narrative adventures. You’ll make a series of choices from the narrative options provide and take part in QTEs for specific actions. This includes maintaining your breath to remain hidden, inputting directional controls, and pressing face buttons. The developers did include an array of accessibility options that remove certain actions and increase the time for inputs and keep the ability to earn achievements. This includes removing the breath option, increasing the timer for QTEs, or placing during actions on auto success. There’s also a movie option if you just want to watch the game with certain options like Everyone Lives or Everyone Dies.

There are items to aid the player in understanding the secrets behind Hackett’s Quarry and cards that predict the future. These Tarot cards are hidden throughout the environment and at the end of each chapter, the player is given a choice to see what could happen. The Fortune Teller provides insight into your possible future but only can look at 1 card per chapter. This gives you an idea of what to avoid if you want to avoid killing or perhaps desire to do so. As for the evidence and clues, these give insight into the game’s lore and are necessary to access the full epilogue that plays in the credits of the game.

Much of the game’s lore is told through optional collectibles but items such as letters can be hard to read. It can become problematic when the prompt appears as you pick up the item and dialogue plays. A better option would’ve been to have a larger text optional prompt appear after the scene of picking the item up ends. It’s a very annoying problem for those seeking to get everything from the story. The same goes for having certain collectibles available for specific paths. This wouldn’t be an issue if the path offered profound changes for the story but they don’t. The dialogue slightly changes but the only real reason to choose 1 or the other is to grab the collectible unique to that area. 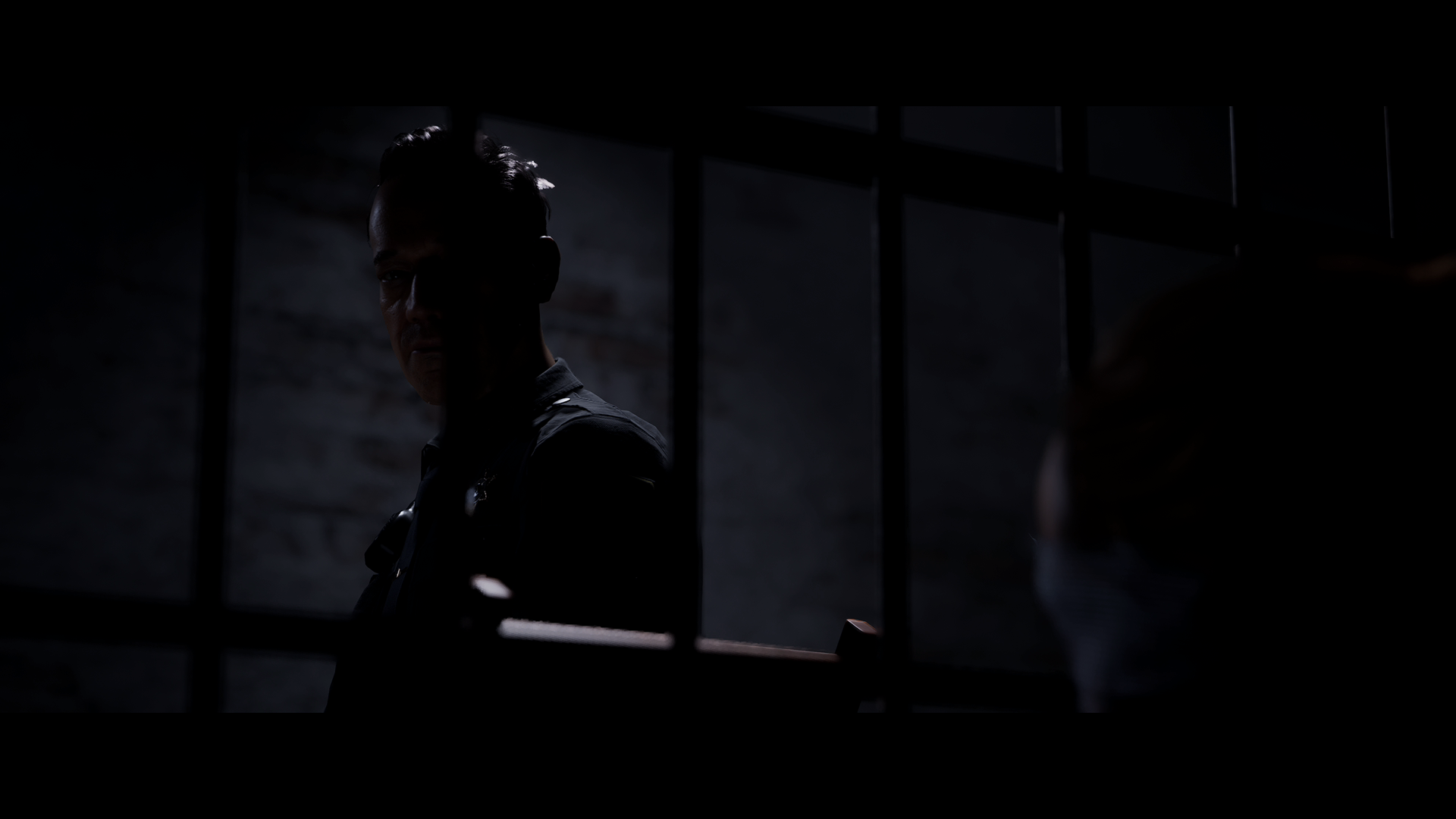 The Xbox Series X version of the game has problems with hair animations, lighting, and pop-in for foliage. During the night it’s harder to notice but it’s easy to see during the day section of the game. Some graphics and actions are strange to look at like the water splashes and general debris. If you try to quick resume the game it’ll sometimes refuse to start or launch without any sound. Lastly, the game has a crashing problem that is frequent enough that it becomes a worrying concern.

The game still looks fantastic during its cutscenes. Particle effects give the environment a sense of character and elevate the game’s presentation. Most of the graphical issues happen during exploration. During these moments the player is given the chance to explore a finite area to search for items.

After paying $30 for the last 3 games from The Dark Pictures Anthology the big question is if The Quarry is worth the price of admission. In terms of length, The Quarry clocks in at around 5-7 hours but it is encouraged to be replayed for the various endings and minor outcomes. It’s definitely a larger experience compared to Man of Medan, Little Hope, and House of Ashes with 10 chapters and more optional items to collect. However, the $70 price tag for the next-generation versions is obtuse considering the graphical enhancements are so minor and most publishers give upgrades available for free. Especially since the game suffers from a lot of technical problems. 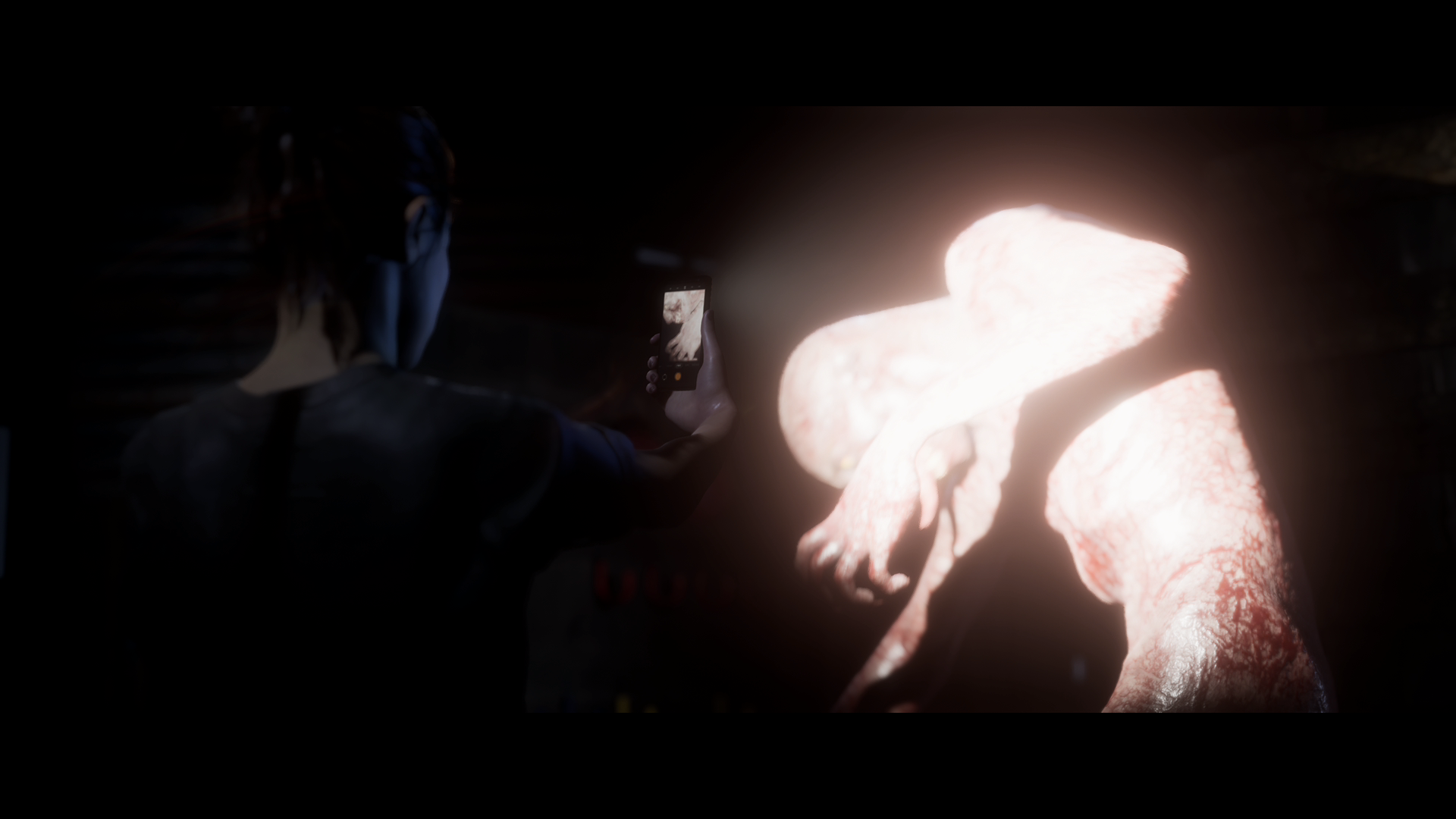 The Quarry a solid horror narrative experience that encourages you to try again with different choices. The outcomes from these decisions provide the greatest highlights, with the developers playing to their strengths. The problem is the game is not technically stable and suffers from graphical, animation, and crashing issues. If Take-Two is going to start charging gamers $70 for current generation games they could at least release stable games. The Quarry delivers exactly what it set out to do, a gripping horror story where you decide how it ends.