Tekken 7 is one of the most popular fighting games available and the title has reached a monumental 9 million copies sold. 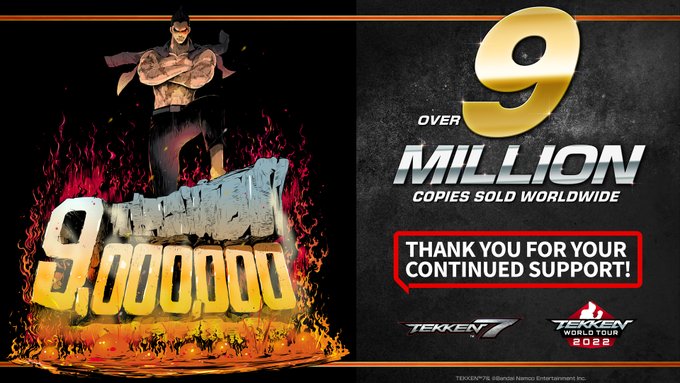 Tekken 7 launched back in 2017 to popular acclaim. Since then Bandai Namco has updated the game constantly with new fighters and balancing the game. Due to this constant support the title has become incredibly popular among the fanbase.