Teenage Mutant Ninja Turtles: Shredder’s Revenge is a love letter to the franchise coming from developers who clearly understand the franchise. Delivering a solid beat ’em up experience, beautiful animations, and incredible boss fights. It’s a short journey but an amazingly fun one to have alone or with friends over and over again. 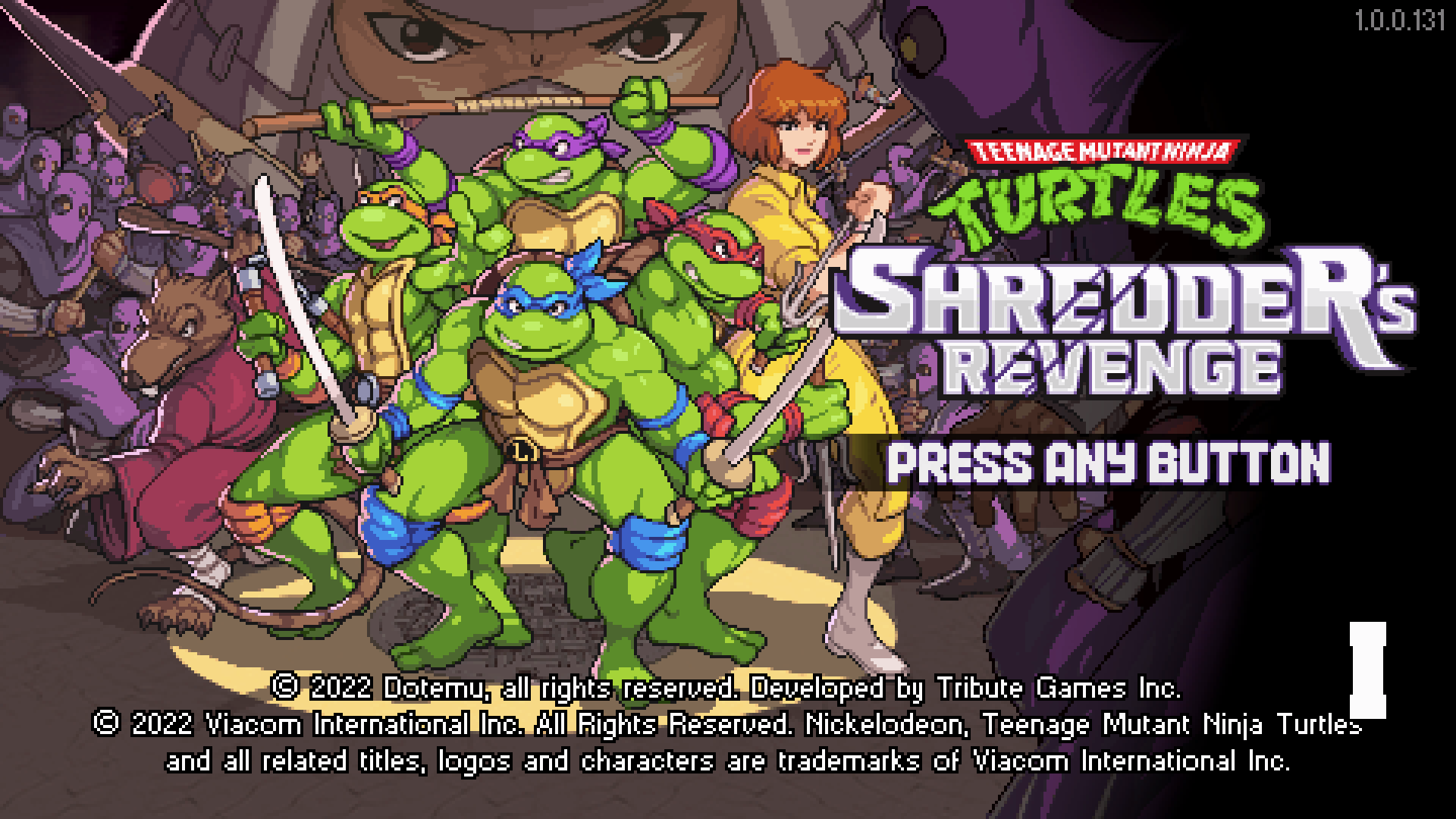 Teenage Mutant Ninja Turtles: Shredder’s Revenge has players taking control of Leonardo, Donatello, Michelangelo, Raphael, April O’Neil, Master Splinter, and unlockable character Casey Jones. The narrative is simple, the turtles’ enemies are rampaging across the city and you have to stop them. You can take on the 2-hour journey alone or with 6 friends offline or online with matchmaking available. The matchmaking has issues at the moment with constant disconnect and other issues, especially during the final boss fight.

Players can choose from 2 options, story mode, and arcade mode. Story mode gives you infinite chances to complete the game, with each stage having limited lives. It’s the easier option, with difficultly choices available. Arcade is the classic experience where you play through the entire 2-hour adventure in 1 go like the classic arcade cabinet games.

The developers kept with the core systems of the original beat ’em up games from the TMNT franchise. Basic attacks compose your library of moves including 3 types of throws, a special attack, and dodging that includes invisibility frames. Added to the mix of new types of special moves unique to each character and a basic leveling system. The boss fights often allow you to use all these techniques in different ways with some requiring specific attacks to defeat them.

Players will earn levels that increase the number of special attacks and health. Taunting and attacking enemies add to your special meter for performing powerful attacks. Each character has unique taunts that highlight their personality. Such as Leonardo regaining his composure with breathing techniques or Raphael’s cocky laugh. It’s a simple and effective system that anyone can grasp but it’s in multiplayer where Shredder’s Revenge really shines. 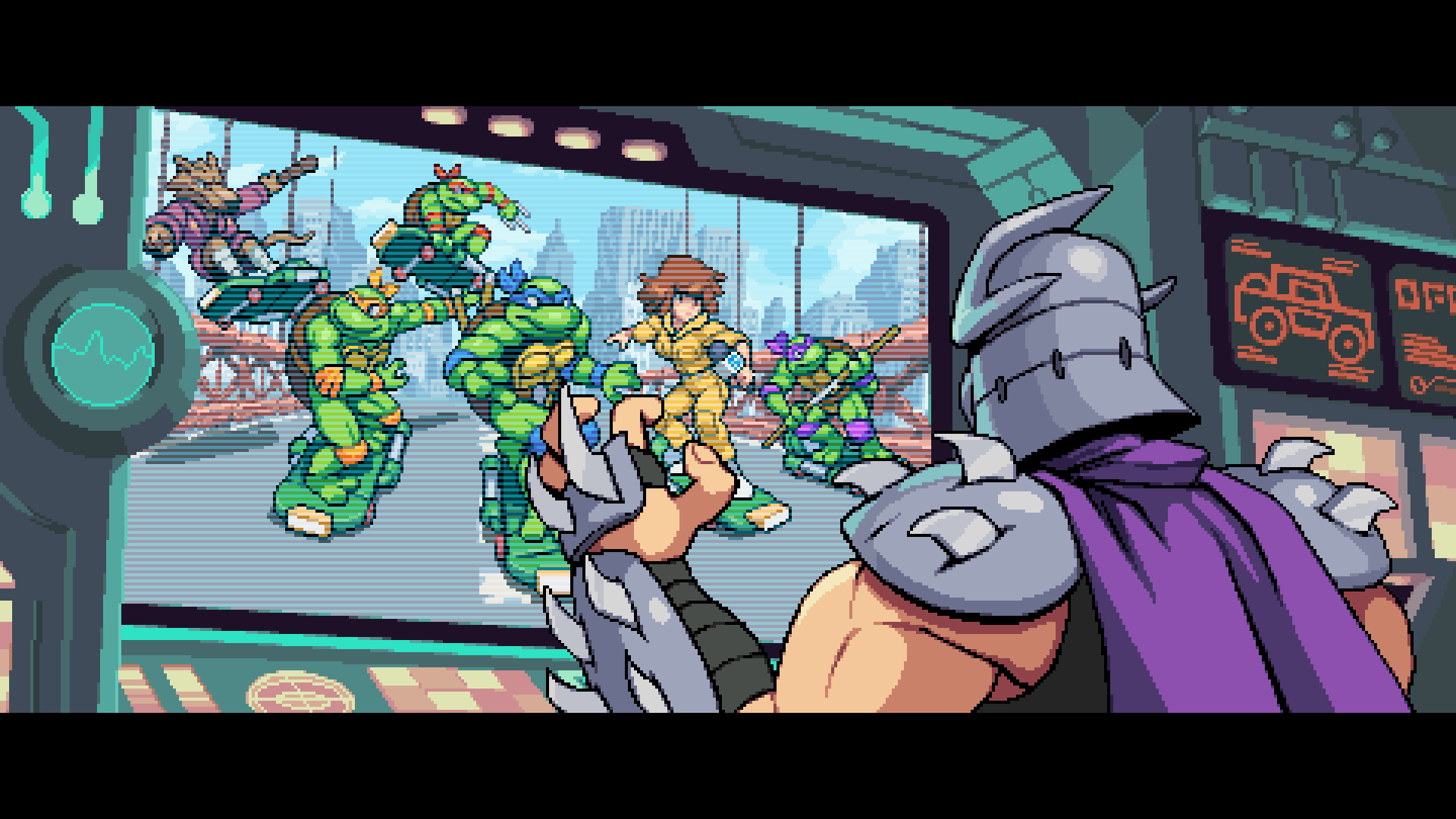 You can play the entire game solo but Shredder’s Revenge is truly amazing in multiplayer. Players can join in online or offline with up to 6 players and cross-platform matchmaking. Players cannot choose duplicate fighters and must select from the pool of available characters. You can select any chapter in story mode and matchmake within that level and continue forward with those same players or find a new group. The interface is simple but the matchmaking needs work as technical issues are rampant. Multiple times I would a match only for bosses, especially the final boss, to get soft locked resulting in matches ending.

When joining a match the game does increase the difficulty based on how many players are present. You can try to steamroll through the game but bosses get a boost in health with more players. Along with certain bosses have specific weaknesses so you cannot just spam special attacks to defeat everyone easily.

What really sells Shredder’s Revenge is the overall presentation. Visually it’s eye candy with its exceptional animations and pixel art. Characters move with such confidence that they reflect the personalities of each person including enemies. The beautiful coloration and fantastic music are such another layer on this delicious cake. The entire experience reflects the passion the developers have for this IP and wanted to make sure everything glows. Each stage starts off with a glorious start screen that gives a silhouette of the upcoming boss fight to the incredibly animated backgrounds.

The developers even went further with the hub world. Players select each mission from an overview map that takes inspiration from Super Mario World 2. It’s a beautiful map that expands as you complete missions along with collecting optional collectables. The optional items include items and characters that are just basic 100% requirements. Each stage provides a checklist including challenges that are tracked from the Turtle’s Lair, during stages, and in the pause menu. 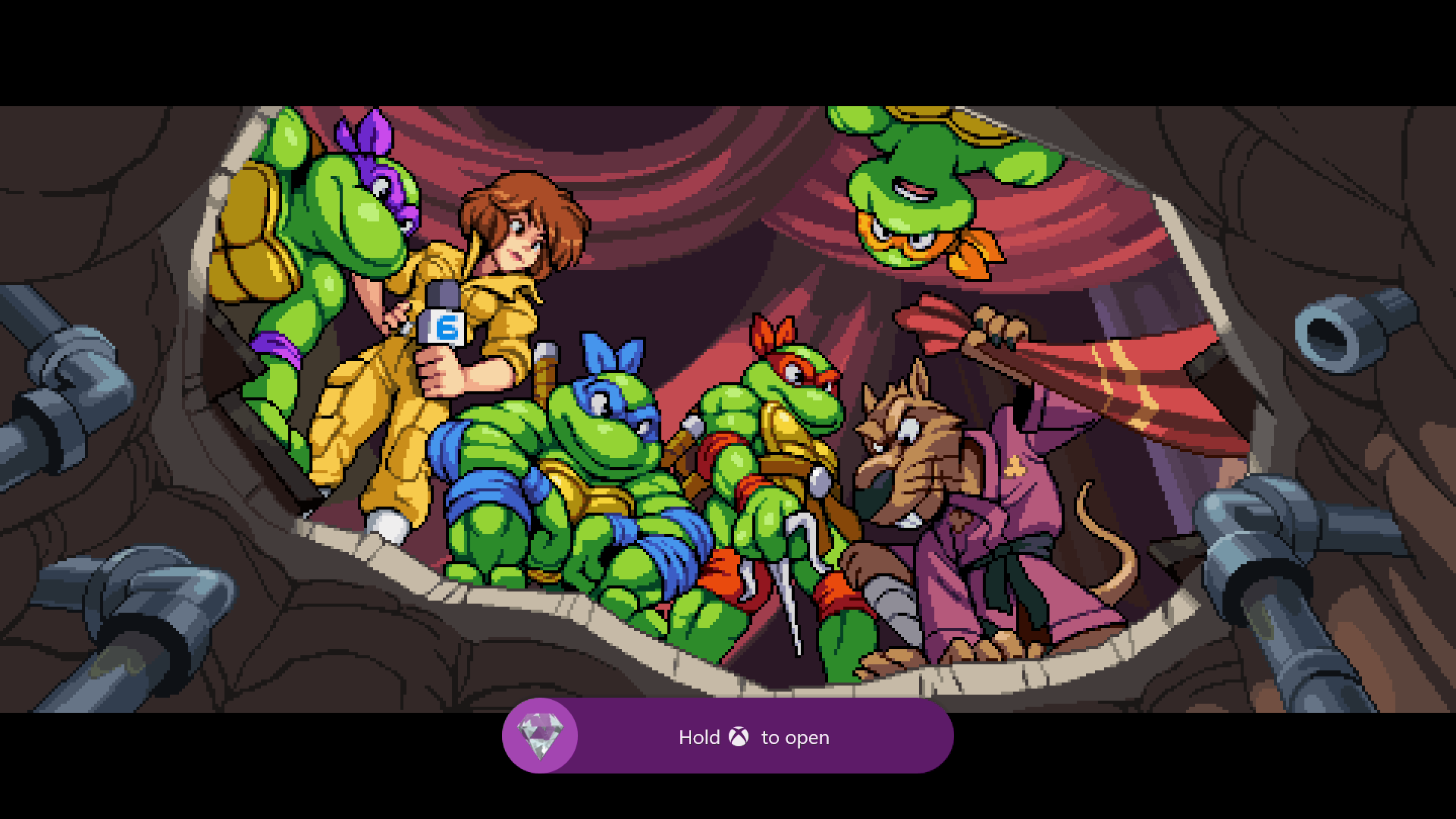 Teenage Mutant Ninja Turtles: Shredder’s Revenge is a love letter to the franchise. It’s a classic beat ’em up with modern enhancements that makes replaying the adventure a treat each time. Matchmaking needs some work but when it works properly it’s a rush to experience. Teenage Mutant Ninja Turtles: Shredder’s Revenge is everything players could hope for from a beat ’em up and TMNT game.