The time has finally come, I have officially hit the point with Apex Legends base game where I just don’t feel like playing. I don’t know if it’s this season, the current weapon rotation and balancing, the exhaustion of not having anyone to play it with but whatever it is, I’m not feeling it. It is weird to actively set down a game you love and have spent so much time playing.

It’s reported that the active player base is bigger than it was, more people are playing on my own friends list but it just isn’t clicking. So this month’s Games For Budget Gamers is made up of games I have been playing when I am not too tired or hurt too much from my day job to sit at my PC and play.

Skeleton Crew is a unique 2D Adventure/Brawler game set in a magical gothic world. From what I gathered while playing it for a few hours, one of the guardians of the town became possessed by an evil spirit. This guardian was a part of the Yeoman Eldritch Extermination Team (YEET for short). The other members of the team are then tasked with fighting the hordes of zombies and monsters this individuals summoned in an effort to stop them.

Overall, it is pretty enjoyable. The combat is simple with light and heavy attacks as well as some shield to help block things and a distance based attack. There is a store to buy from in the hub world and one that might pop up from time to time in levels. The best part of this game is multiplayer; it makes the story a little more enjoyable to run through. It only cost about fifteen dollars and I recommend using a controller for this if you play on a PC as I did. 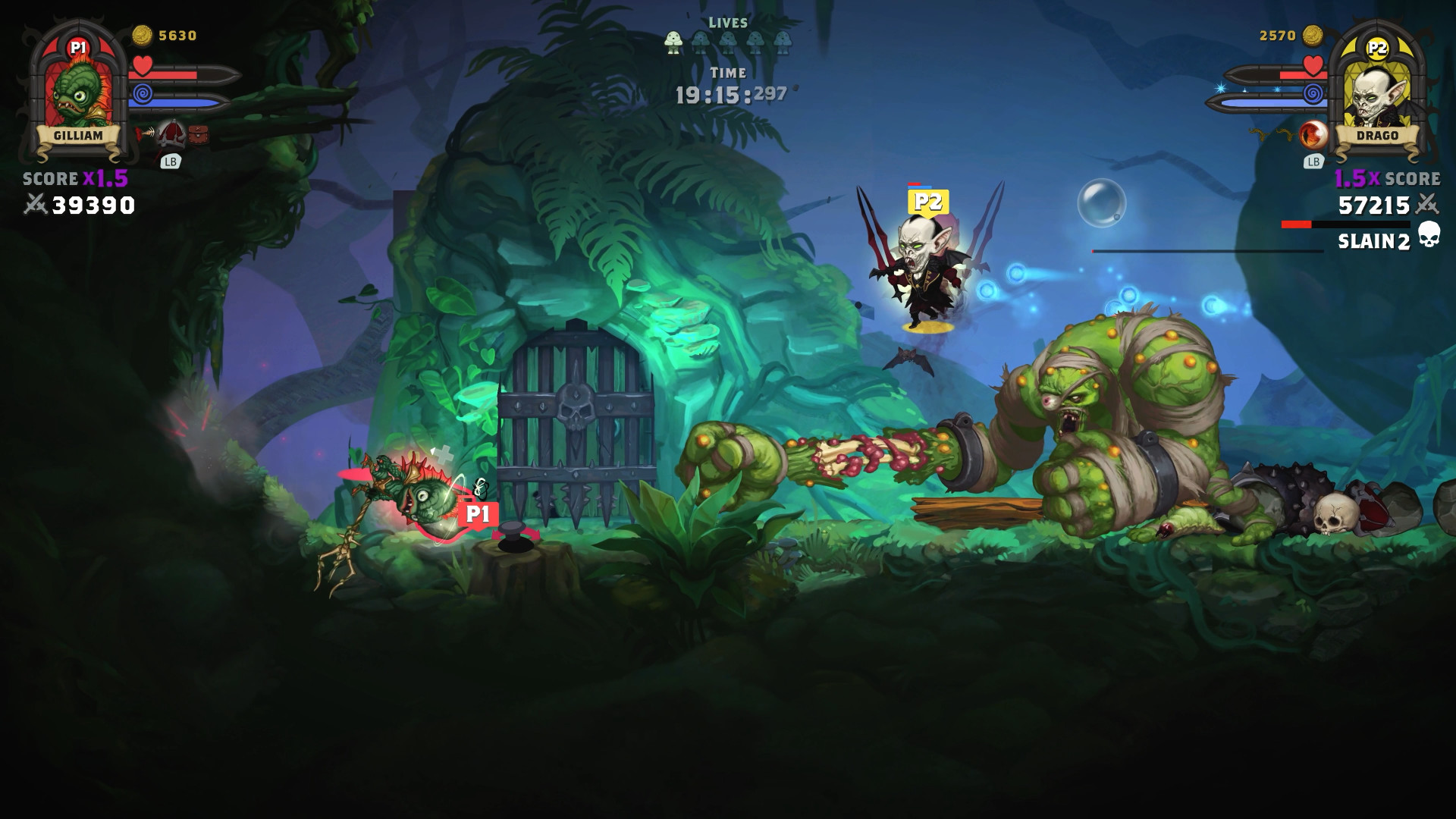 There are games that offer subtle love letters to those that came before them. They take ideas and concepts or just make a cheeky reference to another IP that when a player notices, it hits about the same as getting a refreshing sip of your favorite drink. Then there are those that kick the door down and basically announce their presence in the camp of another game. Nightmare of Decay falls in the second group, but not in a bad way.

The influence of Resident Evil is all over this game. From that chilling over the shoulder look of a zombie in the opening scenes to the mansion setting itself the grand daddy of horror oozes all over this indie gem. But there is more here. There are side missions where you have to present the three heads of specific dead bodies to a weird monster in the wall. There are two boss fights that feel completely different and stand out from the game and that signature survival horror feel. The low ammo, puzzle filled, never quite feeling like I am alone despite having killed everything visible nearby, feeling. All of this and some more for just five dollars. The developer nailed it with this game.

I know I said I was taking a break from Apex Legends and I am. The mobile version still warrants talking about though. It runs really well, even on my slightly older prepaid cellphone. It has the option to use a controller which genuinely makes the game feel completely unfair. A controller can out move and out gun touch controls. I never dropped below 2,000 damage and in all but one match had over 11 kills.

My first game was with the touch controls and I managed 11 kills and dealt out 2,578 damage. My knowledge of the base game definitely helped me out there. It feels like Apex Legends; the gunplay is the same, there have been several improvements but it feels like Apex Legends used to, a tad more fun. The map right now is World’s Edge and it’s an older version. It works really well.

Some of the changes include branching perk paths and rewards. Those feel like they could be huge additions to the main game. Pathfinder notably has a new passive that can be unlocked that allows him to pull knocked teammates to him with his grapple to revive. That’s stellar. Lifeline of course also has her shield back. Not to mention exclusive in-game items and characters. Go download it for free and give it a shot. I genuinely feel like this is the version of Apex Legends that should have been put on Nintendo Switch.

You know when you have an itch and you can’t scratch it because you are busy driving or something but then you finally get the chance to scratch and bliss washes over you for like five seconds. That is Teenage Mutant Ninja Turtles: Shredder’s Revenge in a nutshell, except it lasts just a tad longer than five seconds. Shredder’s Foot Clan has taken over the city and is trying to rebuild Krang for a dastardly mission of revenge. On a three-hour adventure, players can expect very tight arcade brawler combat. It is nearly flawless and the chaos of fighting the Foot in either single player or co-op has been an absolute blast. There was only one boss fight I absolutely hated in this game but even that was just a matter of figuring things out and working on timing.

I genuinely feel like this has Game of the Year potential. My sister and I had a ton of fun playing the game and it felt like playing through the old cartoon. It was near perfection and if I could I would go get the special edition of it from Limited Run Games. (It is that good.) I highly recommend spending the $25 for this or snagging it on Games Pass. 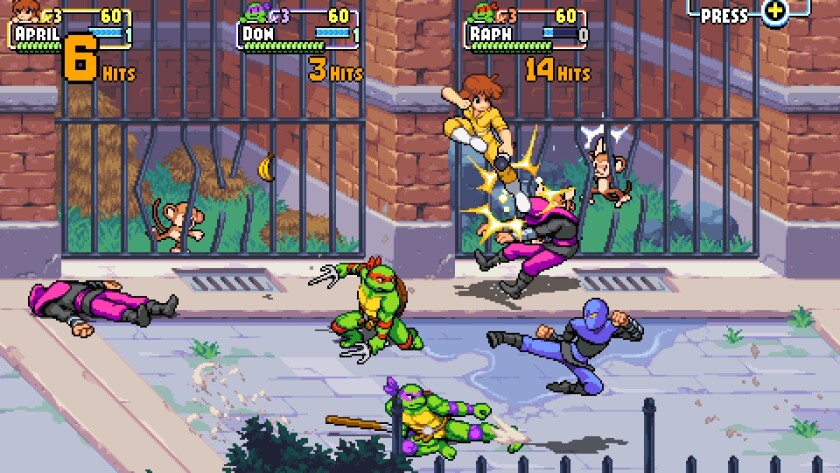 Playing other games has been a blast and it has been nice to clear out my backlog a bit. I look forward to continuing that in the next few games I play. While I do hope Apex Legends pulls me back in, I am glad to not feel like it’s the only thing to play anymore.

What have you been playing and what have you grabbed recently? Remember to check the various digital store fronts for deals, a few weeks ago PlayStation had an amazing sale. I was able to grab seven games for about $48 dollars.