Destroy All Humans! 2020 was an outstanding remake of the original 2005 game. Updated visuals, improved maps, and better controls all made for a far superior experience. Destroy All Humans! 2 – Reprobed is seeking to do the same and surprisingly THQ Nordic released a demo as part of Steam Summer Fest that has me concerned. It’s still Destroy All Humans! down from its goody animations to dark comedy writing but the technical issues are concerning. 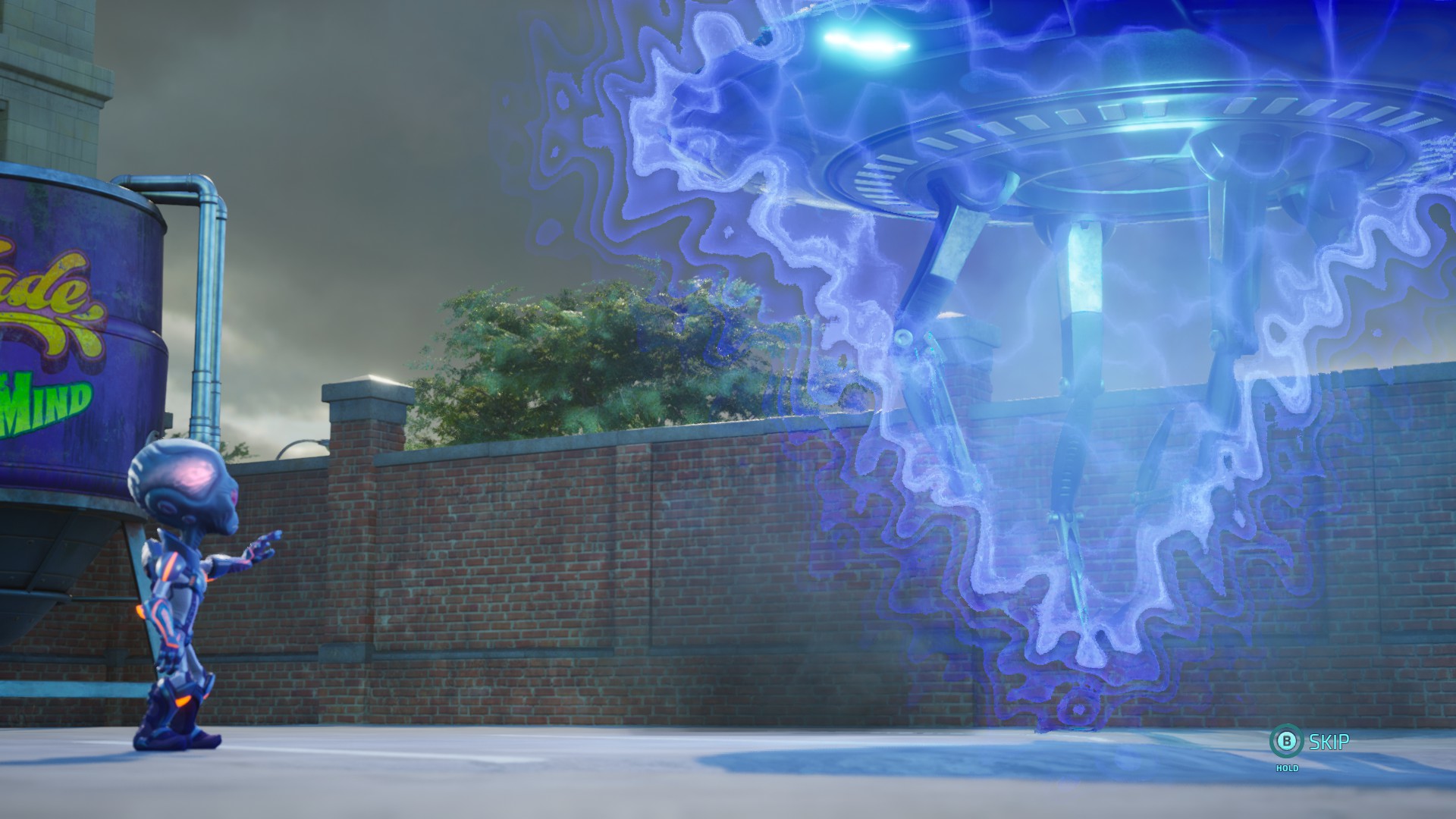 Taking place after the events of Destroy All Humans! Cryptosporidium has taken over the US by impersonating the president but the Russian government isn’t a fool. Seeing this as a threat to their own nation they decide to invade the US in hopes of taking down Crypto and opening up with a literal nuclear bomb heading towards Pox. Fortunately, Crypto’s leader survives by downloading his brain the fight begins against the KGB.

The narrative is peppered with a lot of dark humor with adult and often cringe jokes that work for the narrative. Richard Steven, Invader Zim, makes his return as stellar as ever along with Grant Albrecht as Crypto. Often Crypto makes light of deadly situations and kills people in droves. Taking great delight in the carnage as Pox attempts to guide the alien in the right direction so as not to lose focus. 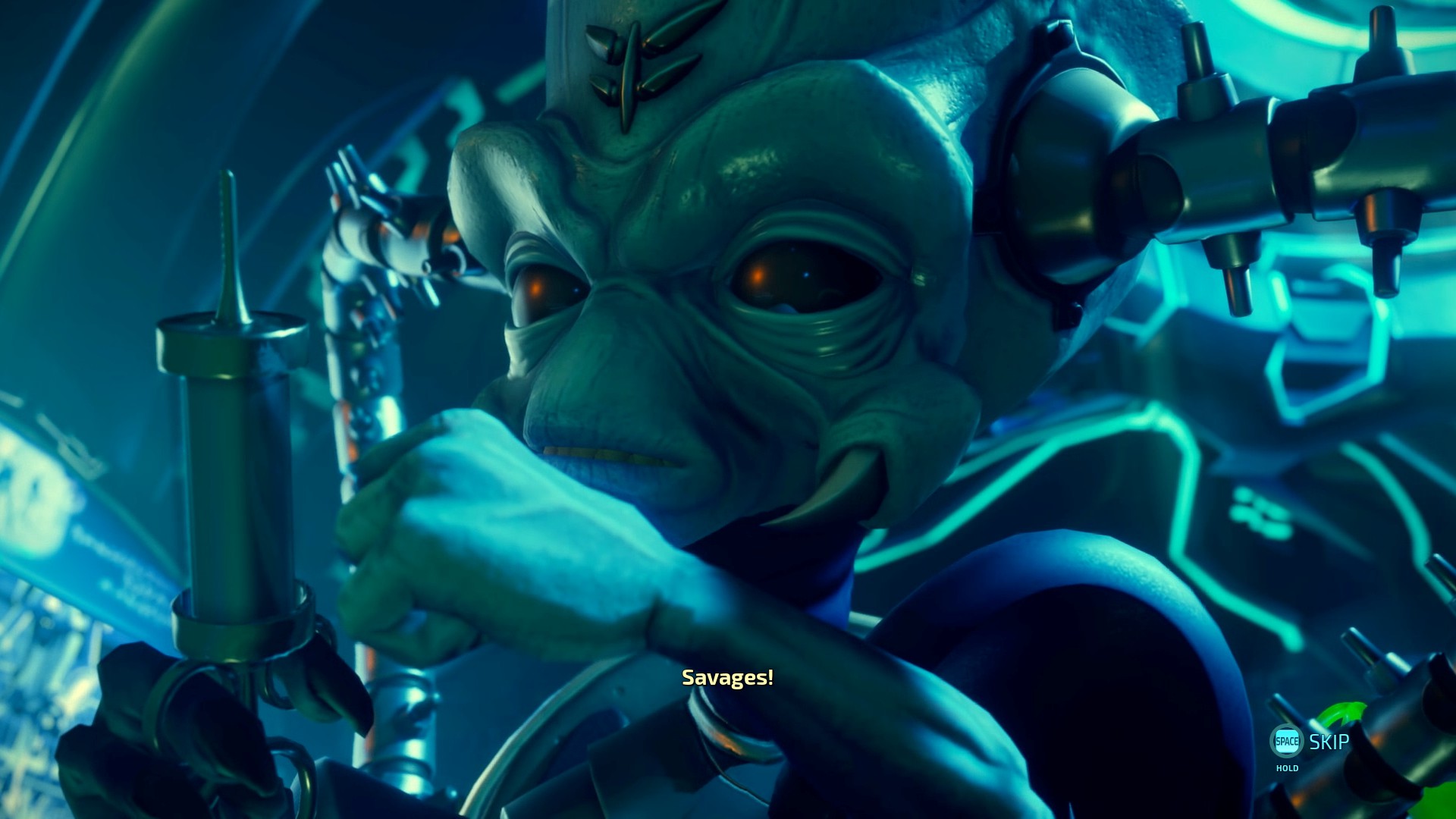 The demo is meaty, offering an open area to explore and about 1 hour’s worth of content. Players are able to toy around with Crypto’s jetpack, Zap-o-Matic, a new body swap ability that replaces the disguise, and his spaceship. With Crypto tracking down a government agent, leading to a boss fight, and finally destroying a large base with his spaceship. Like the previous remake, this version benefits from the updated visuals and gameplay mechanics. Dashing is still amazing and traveling is easier thanks to the hover system. Those who enjoyed the previous game will have a great time causing carnage here.

The issue comes from the game’s technical stability. Frame rate drops and screen tearing were especially present here. The frame rate issues happened during cutscenes and when exploring to a noticeable degree. There are also weird squares that appear when hovering or reading the minds of NPCs. Not sure if these were intentional but they look like graphical problems. In one instance the game froze entirely but restarted without crashing entirely. 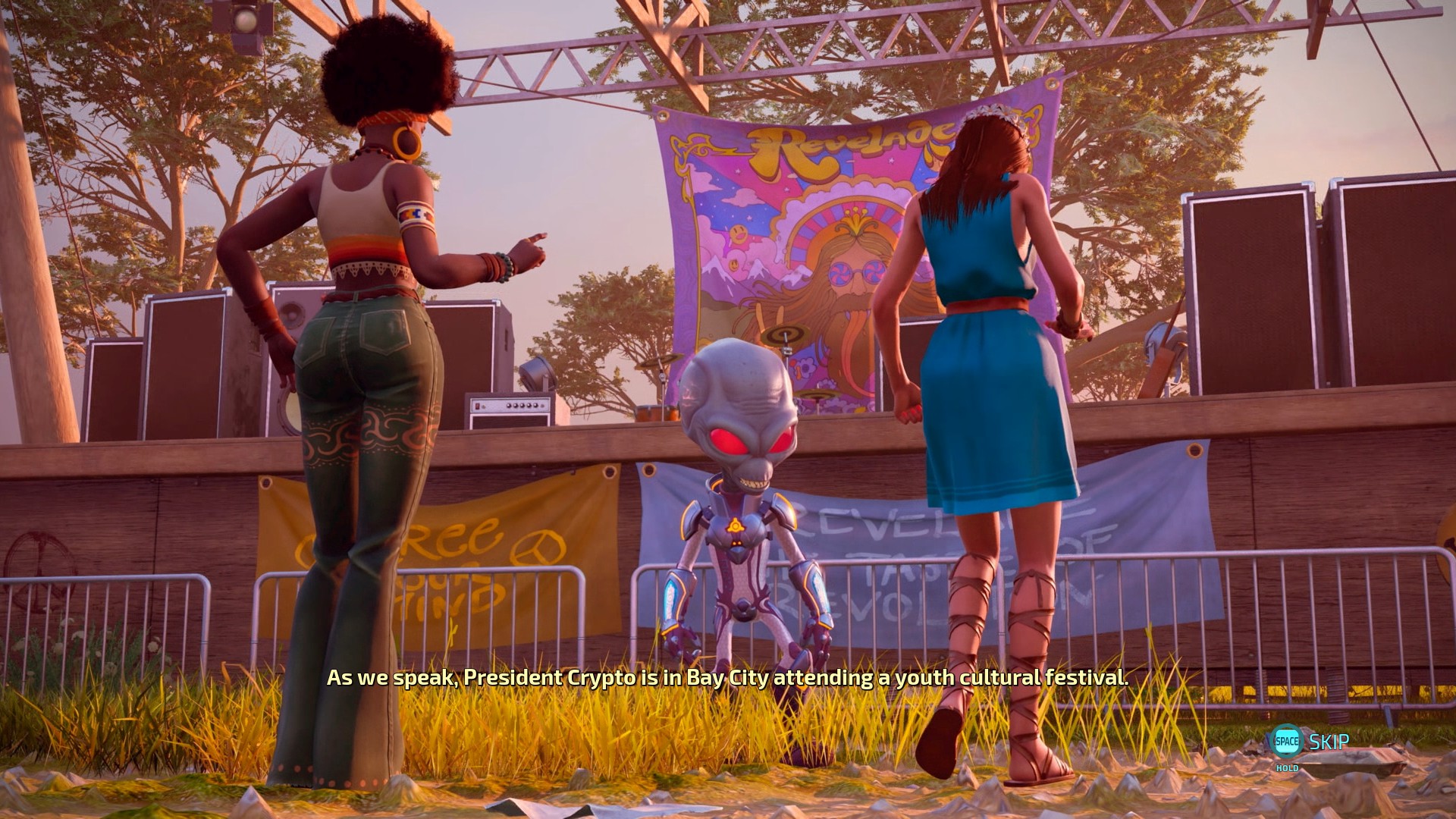 Destroy All Humans! 2 – Reprobed looks and plays like a great sequel to the previous remake. The issues are purely technical and likely the developers will resolve these before the game’s launch. If you were a fan of the previous game there is no reason you won’t like this.