Call of Duty Modern Warfare 2 is the next major installment in the billion-dollar franchise. With Activision Blizzard releasing a new trailer, information on Warzone 2.0, and more. 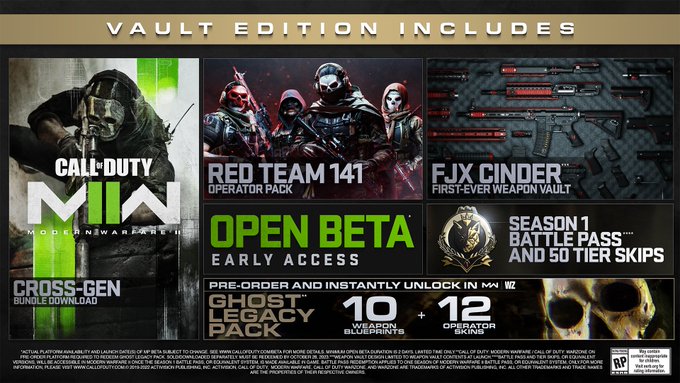 First off, Activision Blizzard revealed that Call of Duty premium games has reached over 425 million copies sold. With Warzone reaching 125 million players and Call of Duty Mobile reaching 650 million downloads. All of this generated over $30 billion.

As for Call of Duty Modern Warfare 2, Ghost and Soap will be playable with one of the missions revealed as Nightfall.

As for Warzone 2.0, it will be a separate experience from Warzone. Progression will carry over but it seems Activision Blizzard is separating the modes.

Finally, we got the Vault Edition revealed. This includes everything shown above. The most significant is access to the early access beta. Along with an operator pack, FJX Cinder weapon, 50-tier skip in the season 1 pass, and more.

For many, Call of Duty Modern Warfare was a refreshing take on the franchise. Offering graphic realism of war and brutality expected of modern combat. The significant mission was Clean House where players cleared rooms of hostile targets. All without any UI telling the player the difference between hostiles and civilians.