Since its reveal Thymesia has been compared to Bloodborne given the similar dark styles. After playing the demo it couldn’t be more different. The better comparison would be Sekiro: Shadows Die Twice but with less mobility and less room for error. It has its own style, encouraging aggressive play by hindering movement but the window for essential defensive attacks is so small it can often lead to very frustrating moments. 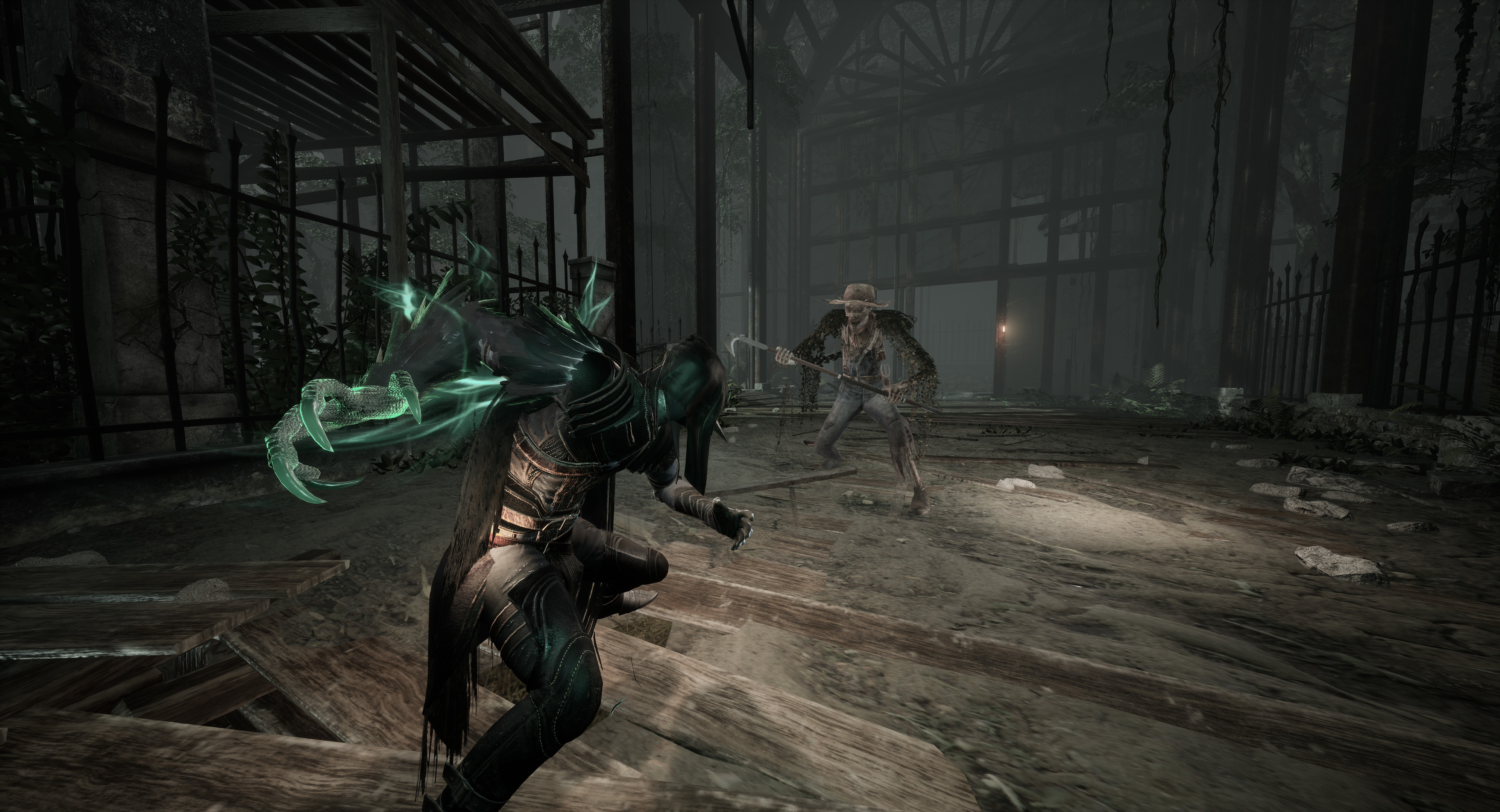 Thymesia has the people suffering from a plague. Those infected are subject to instant termination and their bodies burned. Everyone is taking part in this quarantine with everyone hunting down those infected. Corvo has no memory of what’s going on and must attempt to survive the now infected areas.

The combat of Thymesia is unforgiving a lot of ways. Thymesia makes you appreciate how intricate FromSoftware crafted their systems. The demo highlights the importance of parrying but at the same time limits Corvo’s movement. You feel hindered, like Corvo is meant to be faster than he is shown. Able to dash forward with decent speed but dashing back in a clucky almost childish way with little distance. It discourages retreating but at the same time the parrying system isn’t ideal.

There’s no stamina meter, instead, the focus is on aggressive assaults. Soulslike encourage patience and provide an equal sense of punishment between players and NPCs. Like the player, if the enemy does something wrong the player is able to counter with heavy damage and vice versa. Encouraging smart play but the deflection window in Thymesia is way to precise. It has to be perfect during multiple attacks with little consequence to the enemy for getting deflected. The enemy gets a small bit of damage and no loss in momentum or posture, making parrying more of a cosmetic feeling of victory than actually viable. And since rolling offers very little in creating distance trying to use it in combat is mostly useless. 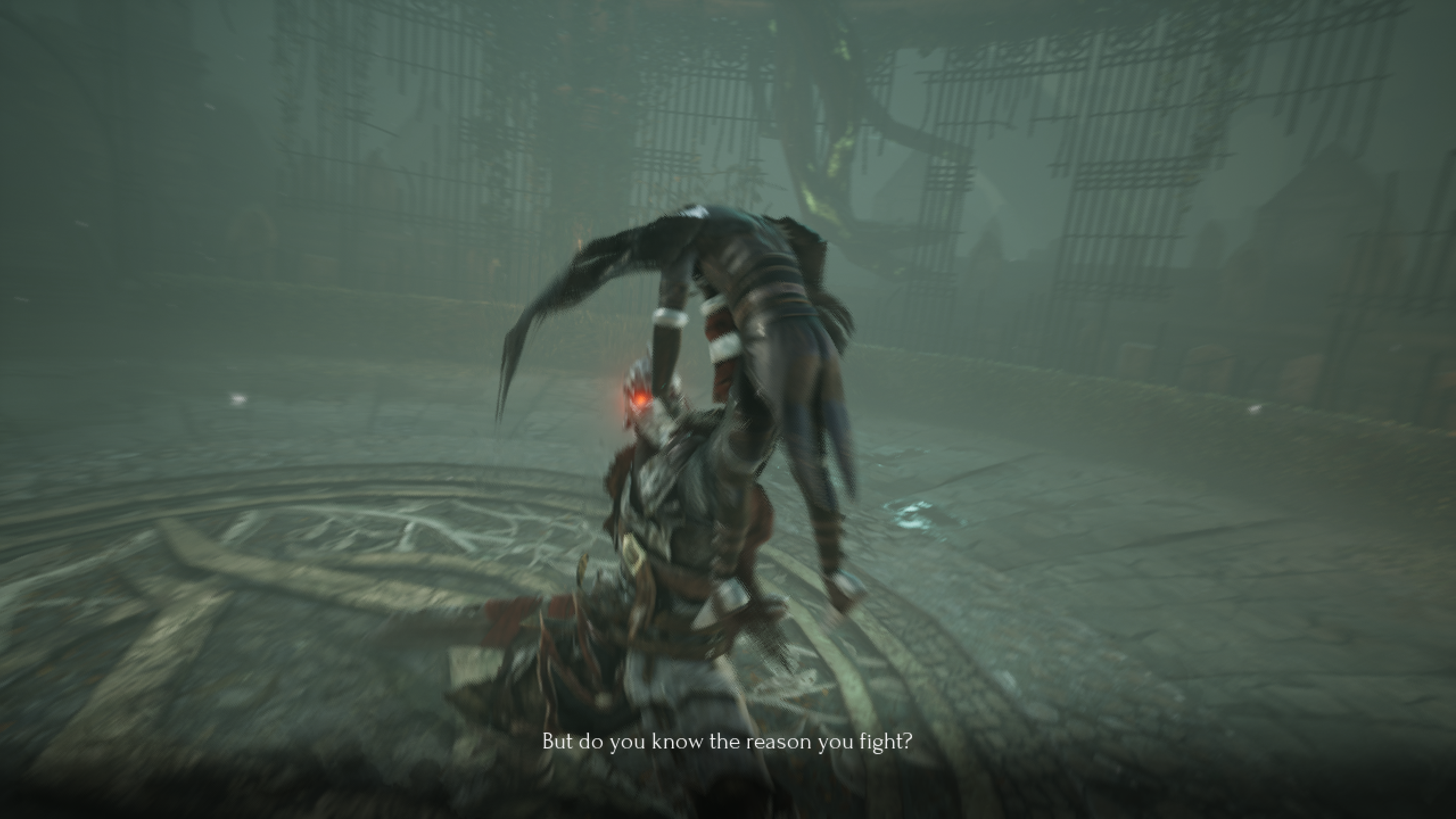 This means there’s only 1 type of engagement, aggressive. Attempting to play passively and wait for openings is strongly discourage especially with the game’s health system. Enemies have 2 health bars, wounded damage can be recovered until the second health bar, shown in green, is drained causing a dazed state. After this Corvo can deal a killing blow, sometimes with a unique animation depending on the enemy. Since enemies recover health at a decent rate you have to keep the assault and when combined with the extremely small window for error the fights quickly become frustrating. Especially since Corvo doesn’t have the same system and must rely on potions to recover health.

Titles like The Surge 2 and Sekiro: Shadows Die Twice give you enough room where you need to be near-perfect with parries. But with Thymesia it feels off, as the developers wanted something intense but failed to properly implement it. This is especially true for the feather system. Some attacks cannot be deflected and instead require you to use a limited amount of feathers to prevent the attack. Like with deflecting this needs to be perfect, to the point that even being a millisecond off means failure. It’s confusing why you have a limited amount of feathers for this considering enemies can keep doing these types of attacks and once again the consequence for enemies is very little for getting hit in this manner. 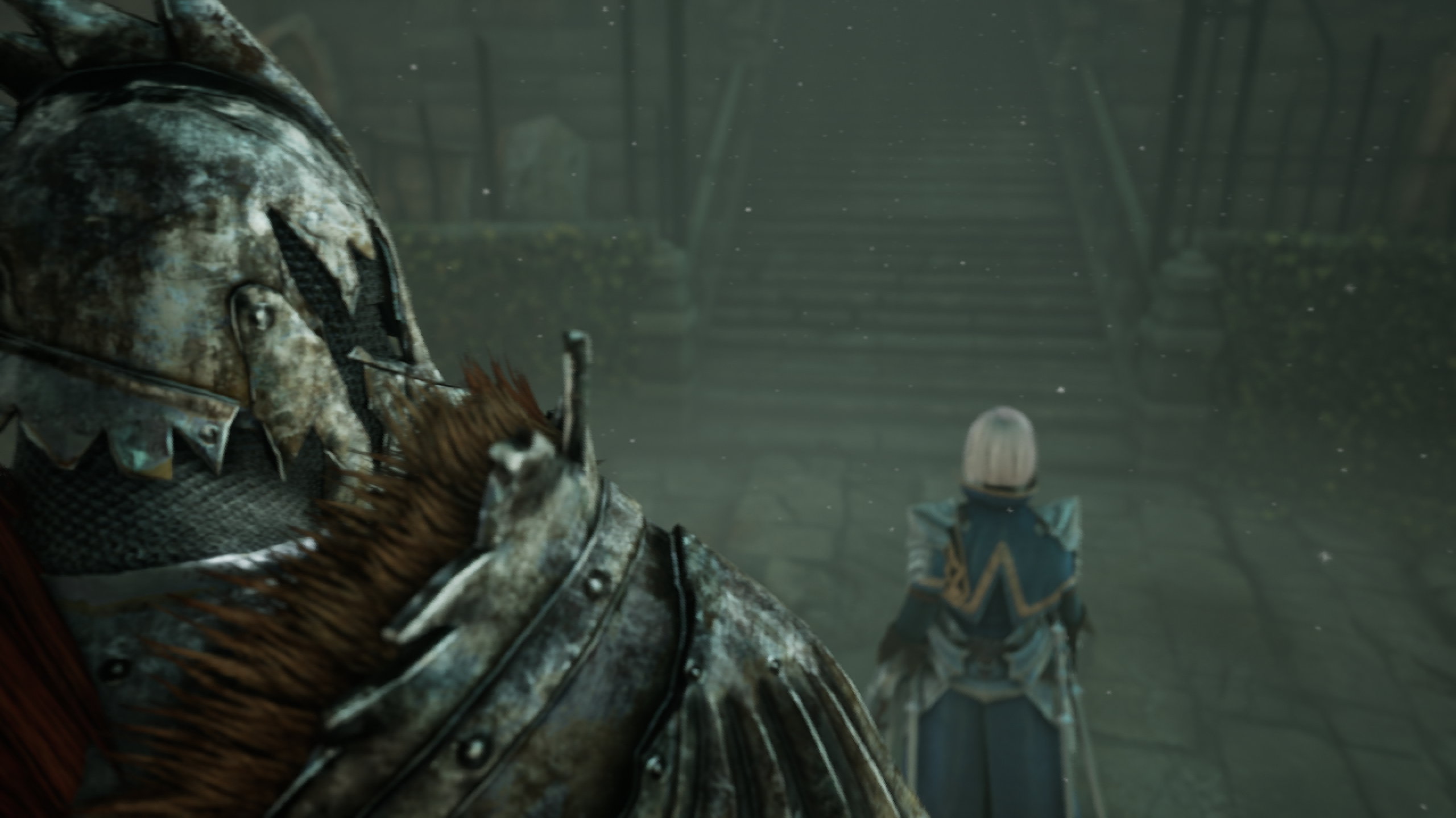 Like in other Soulslike games you have a bonfire like save area. It recovers Corvo’s items and health along with providing leveling options. This feature is absent in the demo. Other similar features include losing all experience when killed and having to get them all back, if killed again you lose everything. 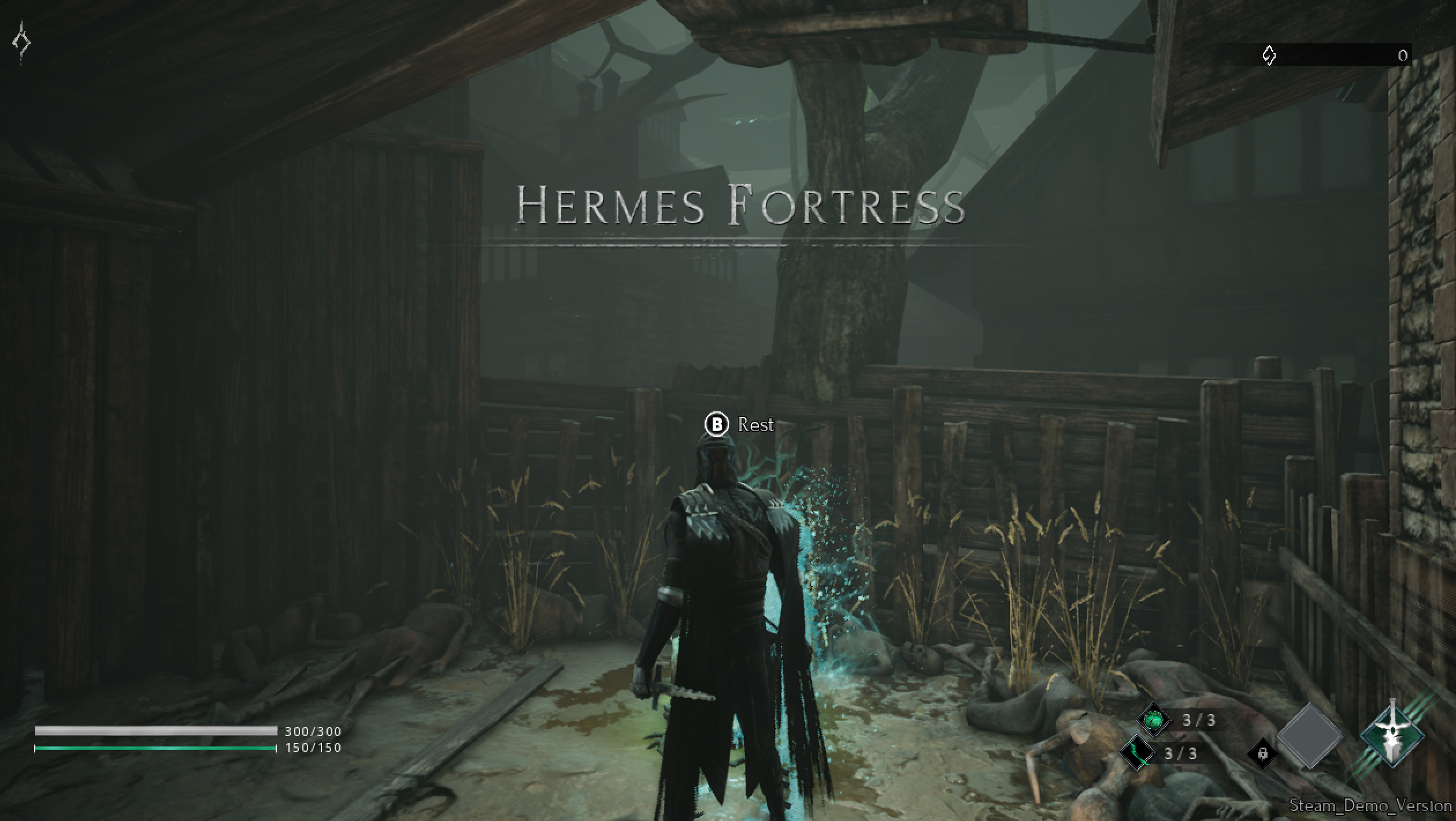 Thymesia had a lot of promise during its reveal but after playing through the demo that excitement has turned to exhaustion. It really makes you appreciate how difficult it is to craft such a quick mobile combat system. The intricate systems that all come together within seconds of gameplay, giving the player control over the field without knowing it and creating that sense of dynamic chess matches as you try to overwhelm the opponent. With Thymesia that feeling never manifested and unless changes are made Corvo’s journey is heading towards a pit.