Tails of Iron looks like a basic adventure title starring rats but it’s far from that. It’s a dark and bloody journey teeming with violence and blood as you avenge your fallen kingdom. You’ll claw and fight to save whatever is left of the kingdom you once called home. Tails of Iron has you taking part in a brutal war between frogs and rats where peace is only found for those willing to kill and die for it. 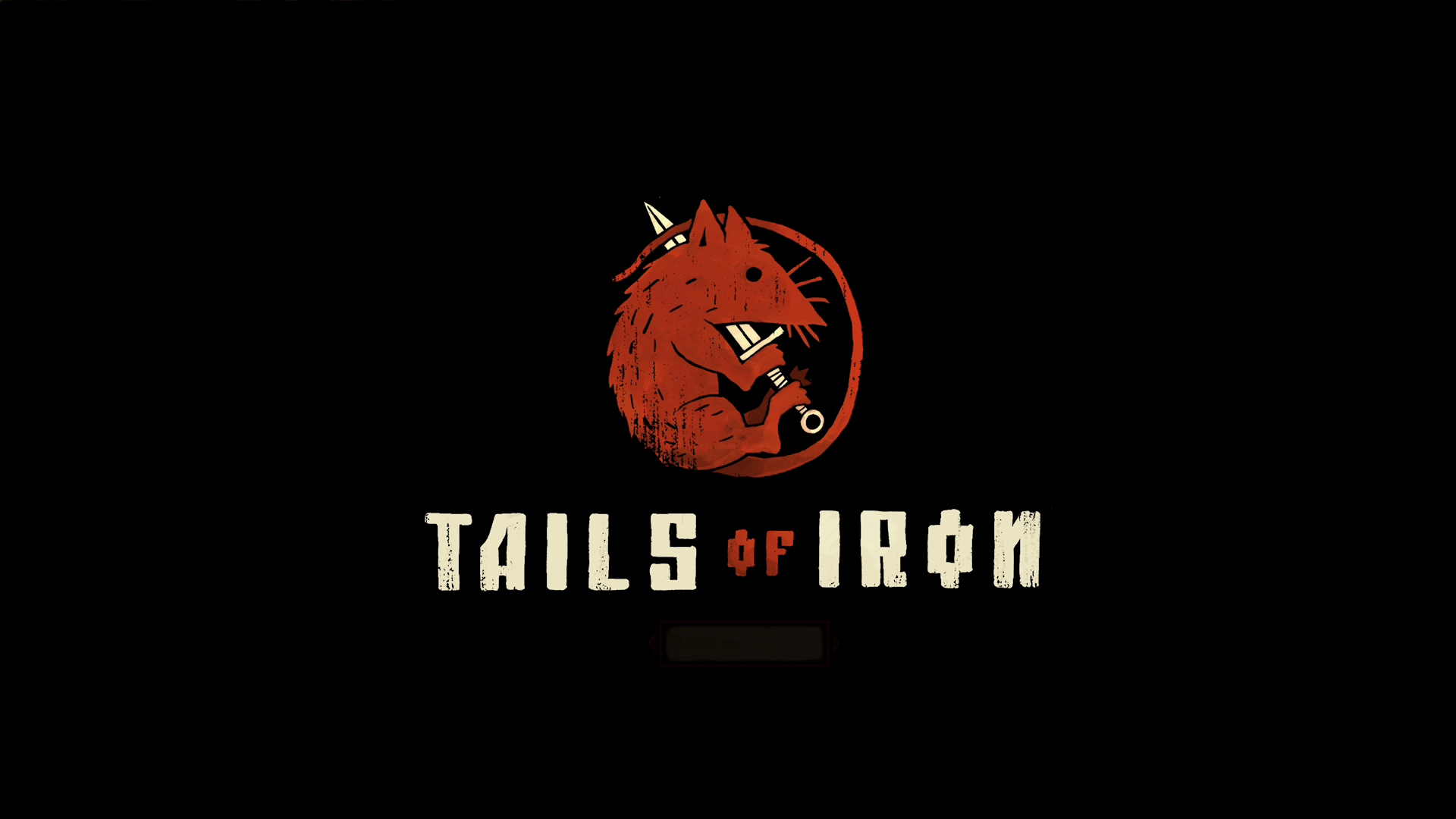 Players take control of Redgi, here to the throne of his kingdom. His father fought hard against the frogs and now seeks to pass his crown to the smallest and youngest of his children. Eager to prove himself Redgi is a capable warrior and he’ll need to use every skill as the frogs launch a surprise attack. Killing Redgi’s father and laying waste to the kingdom. Redgi must now save what is left of his family and kingdom.

The narrative is told in 2 primary ways, text boxes with graphics and through the Witcher himself, Geralt of Rivia. Doug Cockle does an exceptional job of explaining the smaller but profound details of the adventure. Such as conveying the character’s feelings on the situation, smells, and other details to help amplify the situation. Similar to Wayne June’s work on Darkness Dungeon Doug’s voice adds to the presentation. To the point, it feels like this world could be a dimension Geralt himself could travel to.

The world itself is amazing and the developers did an outstanding job designing the various locations. Underground areas with unique settlers, swamps where the frogs call home, and isolated villages attempting to survive. The overall visual design cakes the world in this dark yet hopeful color palette with areas going from dark hopeless colors to bright areas full of life. Little touches in the background really help the foreground pop and the overall animations is just icing on this outstanding cake.

Tails of Iron’s combat is brutal and requires a combination of good parrying, movement, and strikes. You have 3 difficulties to choose from that determine if you want to just experience the story or test your reflexes. Redgi has access to a variety of weapons and armor with different advantages and setbacks. Heavy armor reduces more damage but increases stamina cost for dodging. Weapons range from small blades for quick strikes to 2-handed weapons for slower but dangerous attacks. Long-range items are powerful such as bows, crossbows, and even guns. To balance this ammo for these items is very limited. Other options include poisons for added damage and if you’re hit bug juice serves as your recovery system. Canteens of bug juice are found throughout the game, usually placed by save points in the way of benches. 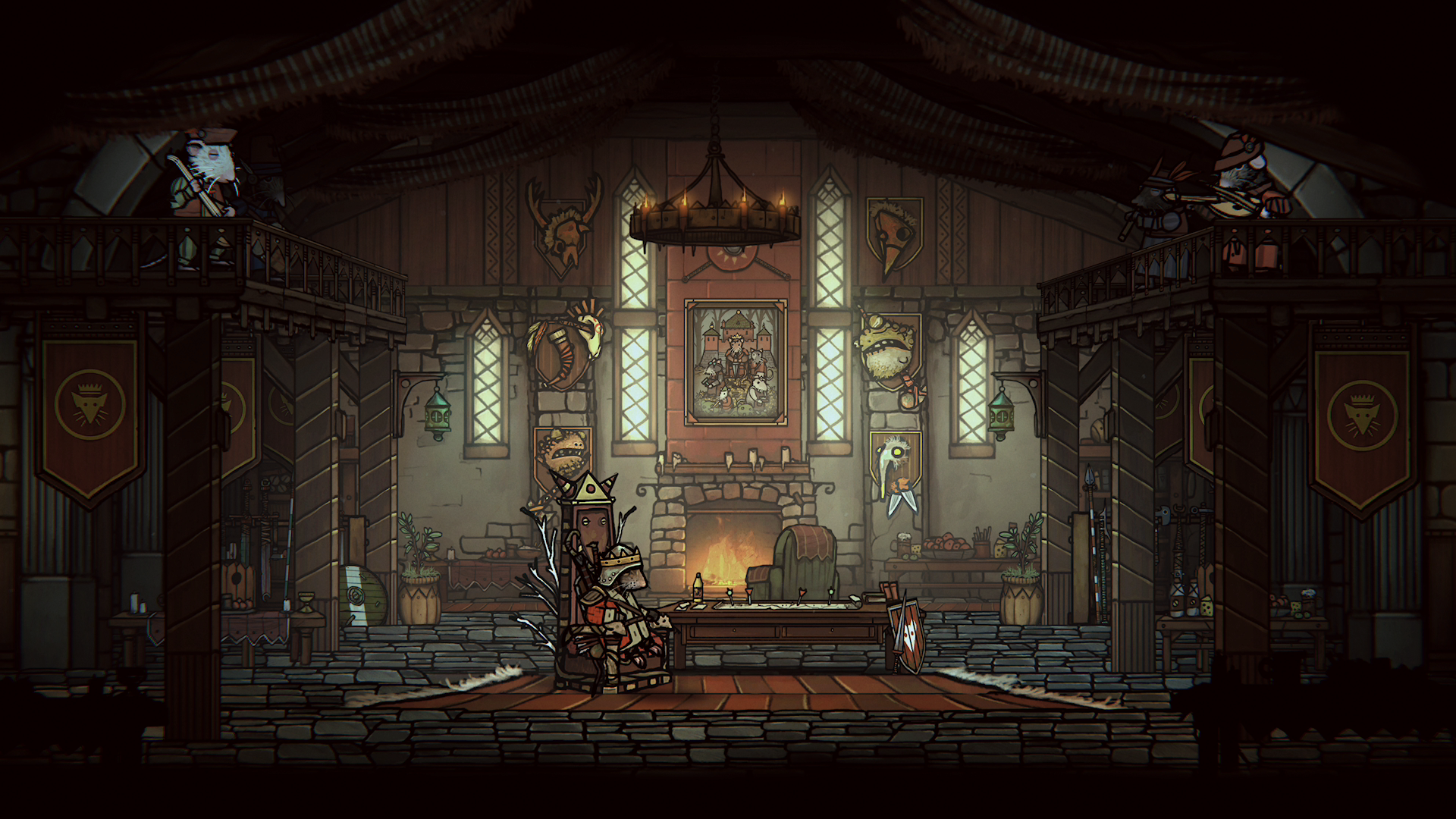 Combat is face pace and requires Redgi to fight smart, taking into account his own mobility along with the enemies. Each encounter has you trying to memorize patterns and take the opportunity to strike. Blindly swinging will lead to an early death. Instead, color indicators reveal when attacks can and cannot be blocked.

Much of the game has you fighting the same selection of bugs and frogs but the boss fights are more varied. With unique encounters against dangerous enemies that often test your mettle. Especially the optional secret boss encounters in the post-game challenges. Redgi must harvest bug parts from fallen insects to trade for supplies along with silver coins. Rarely do merchants include any items of interest but if you need certain supplies the option is there.

The title does have optional encounters in the way of boards that include missions. Despite being optional the player will need to complete all of these. It’s not a major issue but having to locate a specific board to find missions can become tedious. Since missions are in long underground areas or out of the way the player will need to backtrack a lot to complete all of these missions. 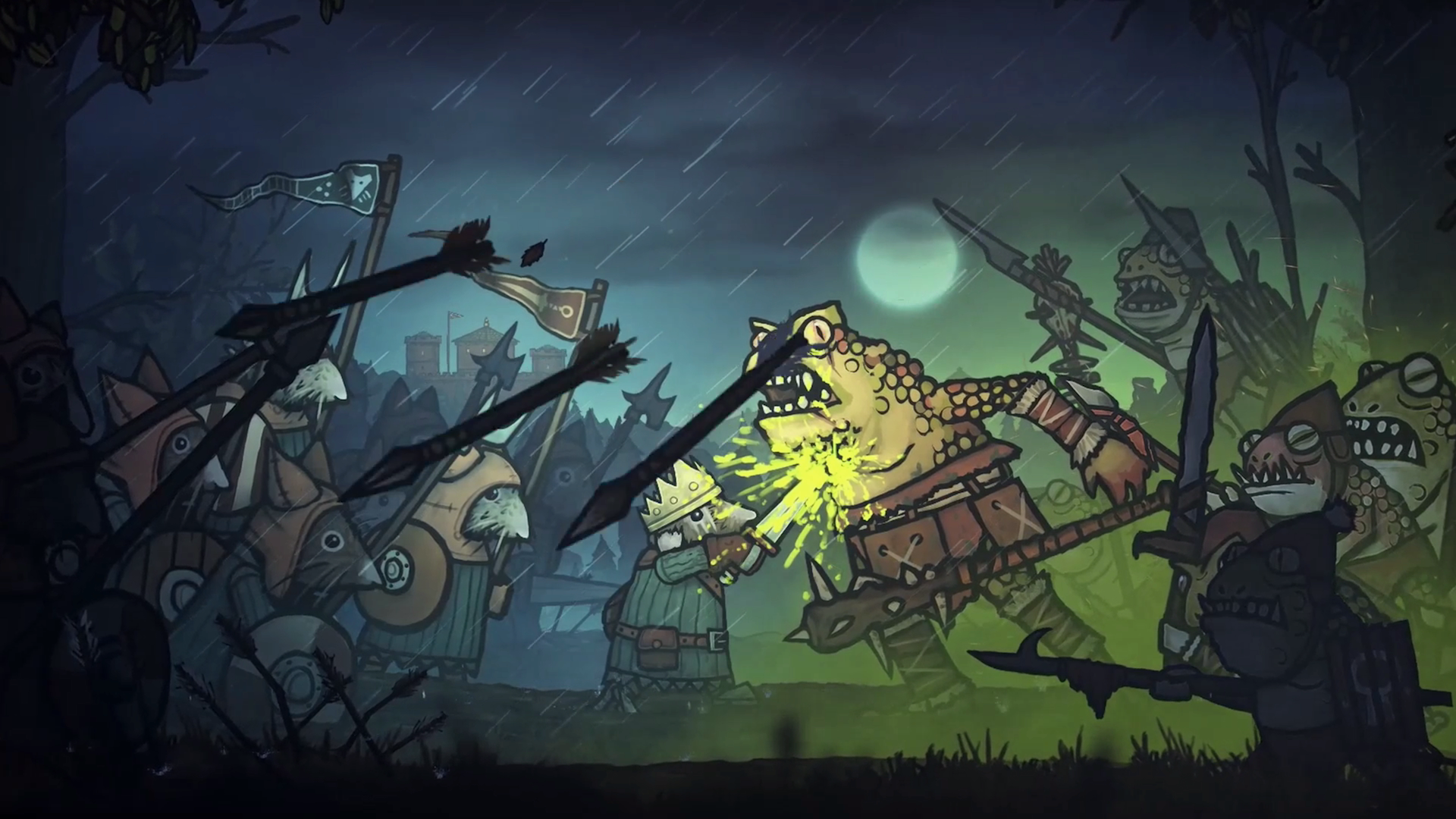 Tails of Iron is a demanding adventure that may look simple but has you surviving against impossible odds. The intense combat system requires dedication, especially against the challenging boss encounters. There’s a lot of backtracking and the optional missions are tedious at best. Tails of Iron is an exceptionally brutal dark fantasy adventure as you massacre those responsible for taking everything from you.