Summer Game Fest is one of the biggest gaming presentations this year. Set for June 9th the partners for the event have been revealed. 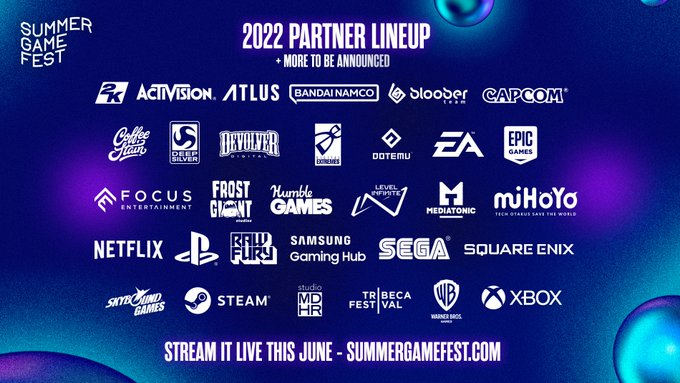 The current list is seen above in the image provided by Summer Game Fest. More partners are set to be revealed later.

The event includes so many big names and many companies listed that have huge titles in development. Capcom has Street Fighter 6 and the left in the dark Deep Down along with rumors of Resident Evil Village DLC. SEGA just revealed new gameplay for Sonic Frontiers which could lead to a bigger reveal. Bloober Team is rumored to be working on a remaster of Silent Hill and 2K has a new BioShock in development.