Ubisoft has fallen on hard times and Prince of Persia Remake is on that long list. With the game now changing studios with Ubisoft’s A team taking charge. 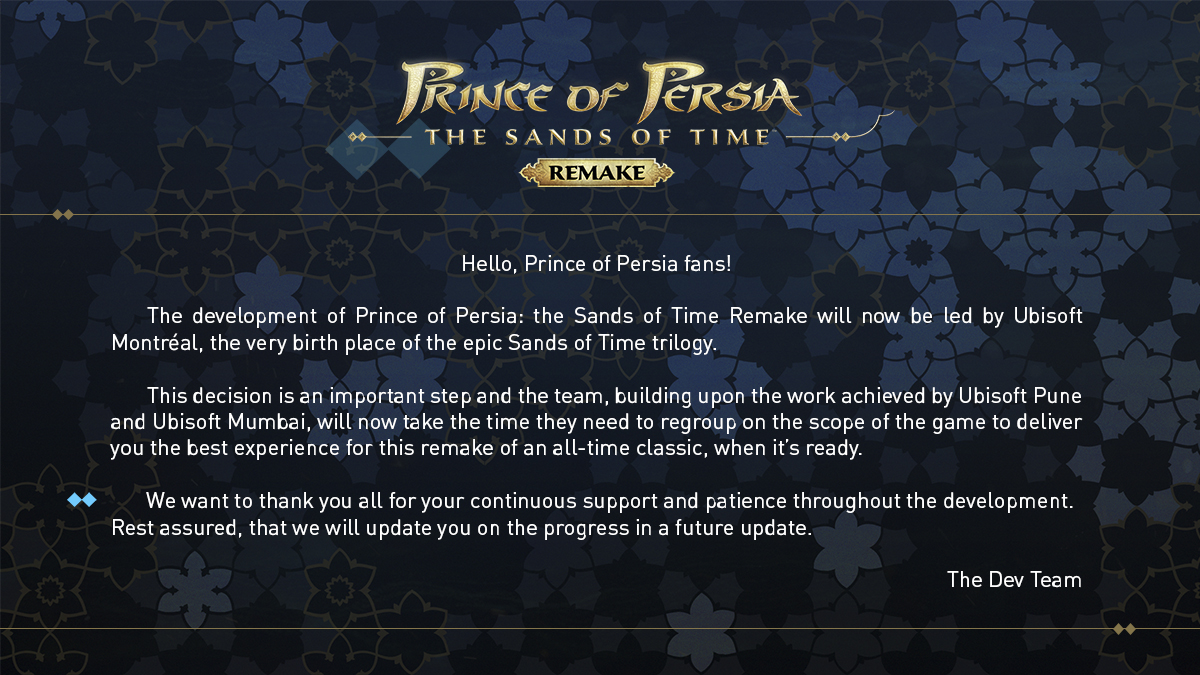 Prince of Persia Remake was announced way back in 2020 but after the trailer went live many were annoyed with the visuals. Many argued that the visuals didn’t look enhanced and were a pale comparison to the original game. Since then the title has been in development hell, with multiple conversations and events not showing any more footage. The game was delayed multiple times and doesn’t have a release date as of now.

Right now Ubisoft has been bleeding talent after the sexual allegations and with the game being heavily delayed for over a year this may be the only way we’ll see the Prince return.