The goose is one of the mightiest animals on Earth but what happens if they had the ability to use a gun? Well, Mighty Goose answers that question with an insane game that would rival the best run and gun games in gaming history. As you take control of a goose bounty hunter taking on suicidal missions against hordes of mercenaries, colossal bugs, and ancient magical users. Mighty Goose is an indie gem made for run and gun fans that shouldn’t be ignored. 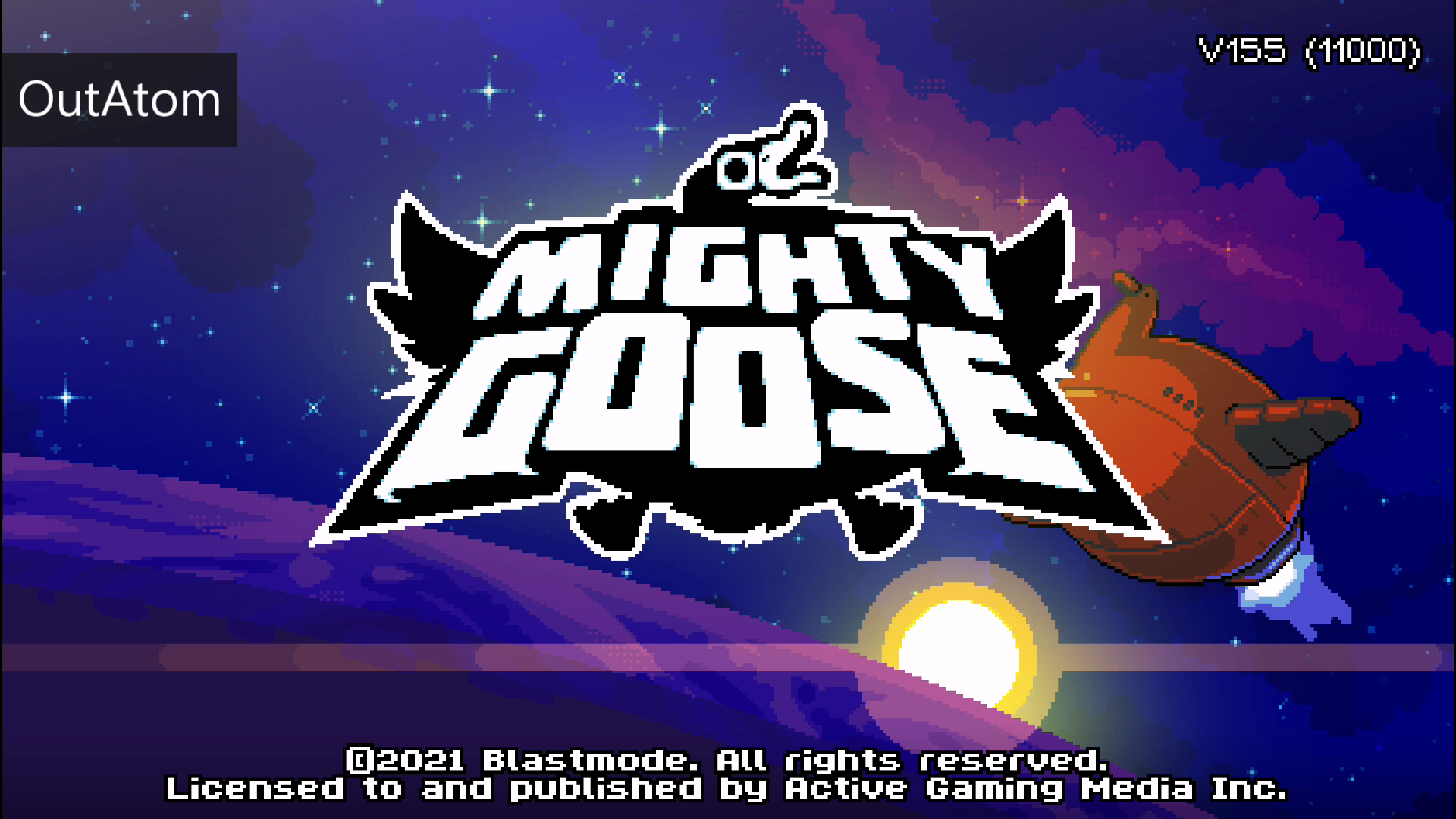 Mighty Goose has you in control of Mighty Goose, a credited bounty hunter known for taking on suicidal missions. You’ll venture through the galaxy saving civilians and attempting to take down the Void King. A powerful monarch who controls a large army of monsters, mercenaries, and magical users.

At its core, you’re blasting your way through hordes of enemies. The real test comes from your timing, shooting, and dodging ability as the screen fills with enemies. Manging who to take down first becomes essential as mobile spawn points start to get introduced along with powerful enemies that increase in number. Like Metal Slug or Alien Hominid just shooting mindless will lead to an early death. Your skill managing dodging and shooting is constantly tested as you venture deeper into the galaxy.

Mighty Goose focuses heavily on speed and destruction, providing a bonus called Mighty Mode as an incentive. This reward grants the Goose a period of invulnerability and increasing damage done. You can extend this by constantly causing damage, encouraging you to move quickly to the next batch of enemies.

The boss fights are the real test of everything you’ve learned. These intense affairs are each unique and exceptionally designed. Even starting with a Mega Man X easter egg as the WARNING sign appears before the fight begins.

Those familiar with run and gun shooters will have an easier time than newcomers. Projectiles do all share the same color hues so dodging can become confusing for certain players. The game is rather short at around 3 hours but there’s a New Game Plus option that has you taking on the same levels with higher levels of challenge. In addition, a brand new DLC campaign adds an additional 1-2 hours to the game. With brand new boss fights and an entire world to explore. At the end of each level, you’re rated based on kills, time completed, combos, and deaths. 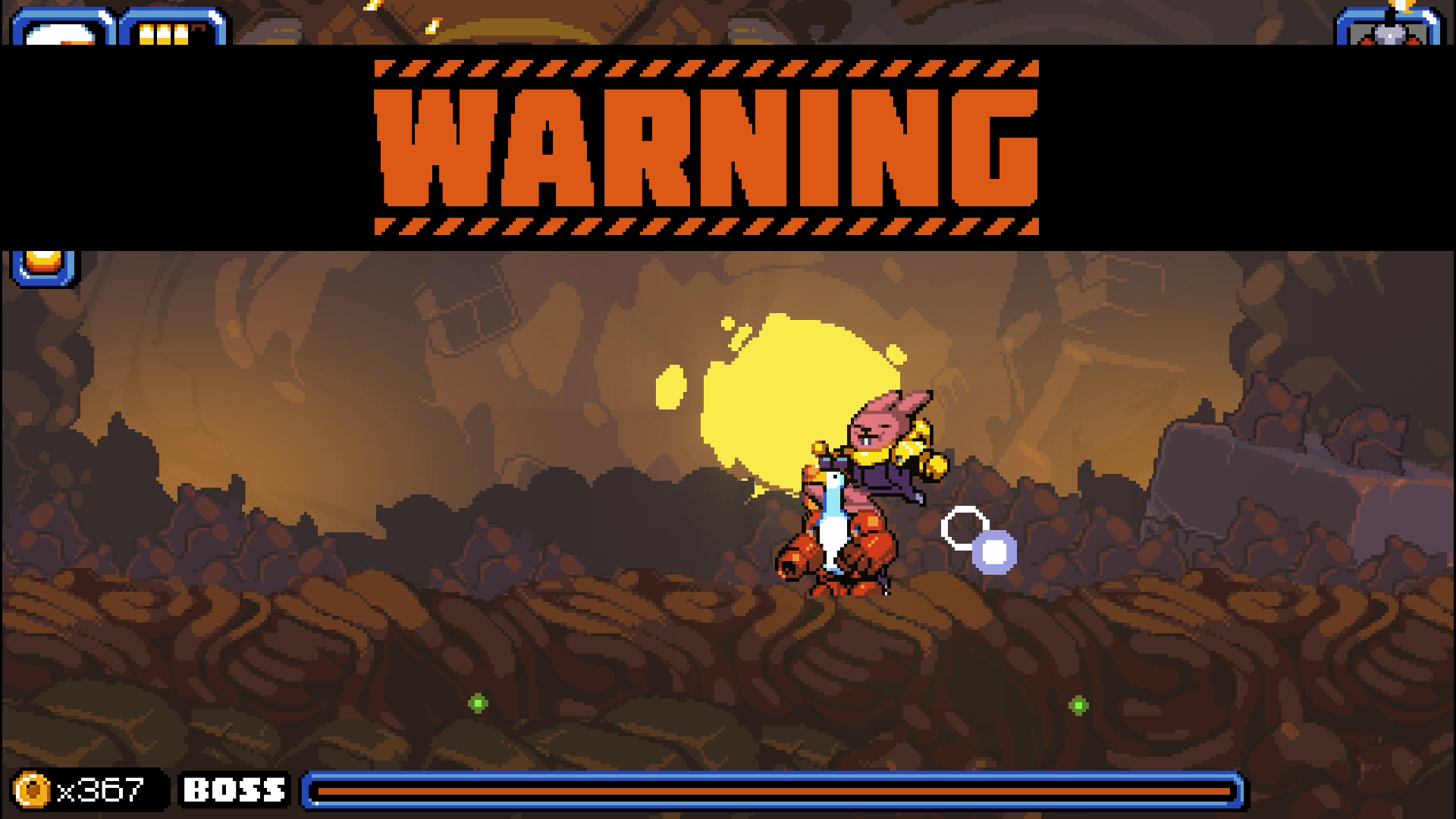 The Goose doesn’t just pick up items in each level to gain powerups but is given customizable upgrades before levels. At the end of each stage, the Goose is given a new upgrade such as secondary weapons, an ally to accompany you, and power modifiers. The modifiers are tethered to a charging system, each upgrade requires a certain charge and you can equip to 100% of it. Secondary weapons are on a timer but restart at each scene transition which can be annoying for secondary options that require up to 2 minutes to charge. The last upgrade are allies that accompany the Goose into battle but you can choose to forgo this option.

The developers did include dynamic difficulty outside New Game Plus. If you die a small upgrade is provided and power item drops become more frequent. New Game Plus reduces this to increase the challenge for those seeking it.

Much of Mighty Goose is a tribute to 90s culture, with so many callbacks to legendary franchises such as Mega Man, Alien, and Castlevania. It doesn’t rely on these callbacks but uses them tastefully when establishing itself as a distinct adventure. 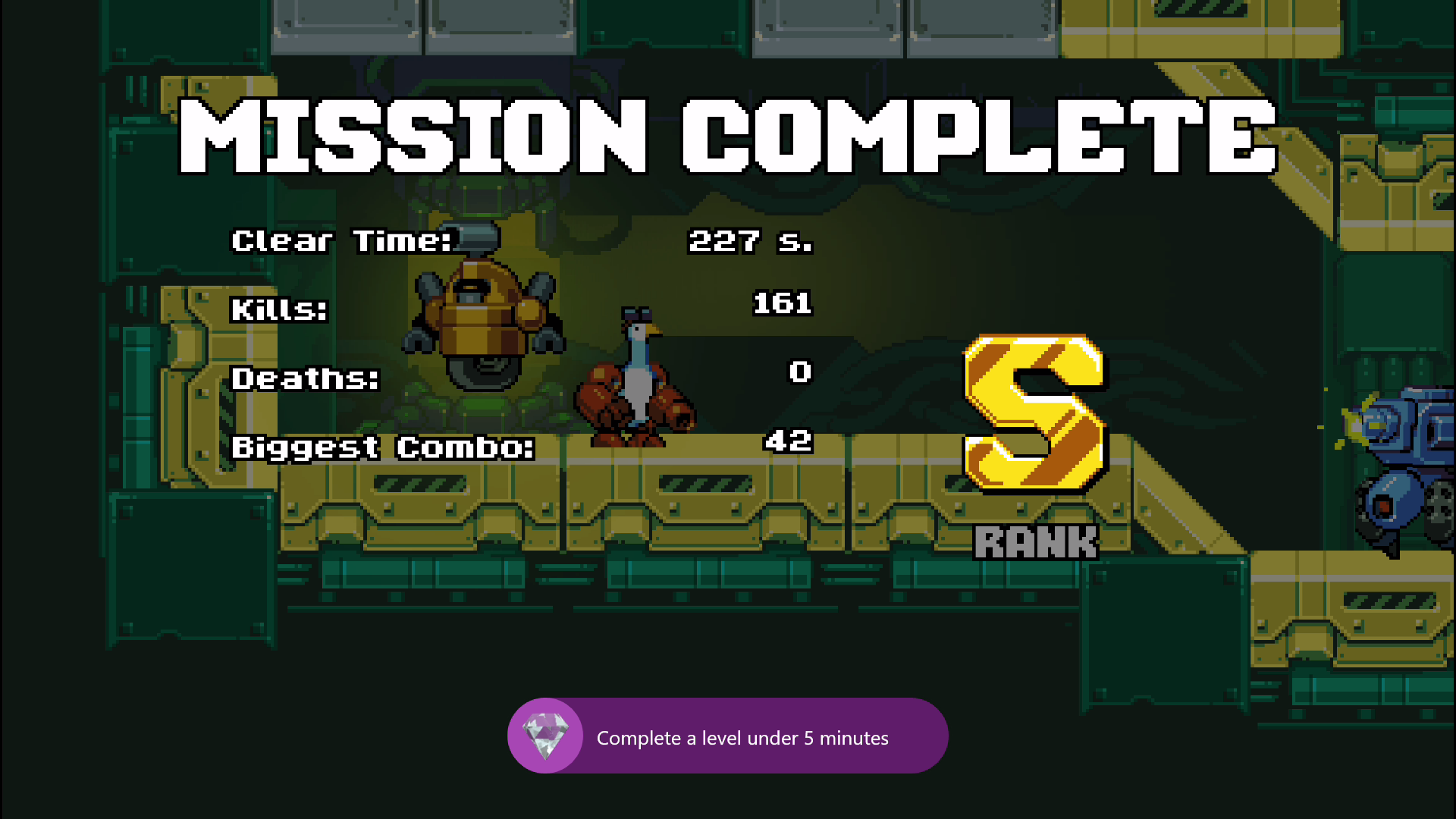 Without a doubt, Mighty Goose’s biggest draw is its exceptional presentation and visual design. The 2D visuals are outstanding and the animations are beautiful. Despite repeating enemies, the amount of flare put into each level’s design and the boss fights overshadow this. Most importantly the soundtrack brings everything together. Providing that adrenaline-filled excitement of plowing through dozens of enemies as explosions and bullets fill the screen.

Mighty Goose is a short and fun adventure that is teeming with character. The exceptional visual design and boss fights are complemented by the outstanding musical score. Seasoned fans may find the adventure easy but New Game Plus provides an extensive challenge for those seeking it. Mighty Goose is an indie gem worth experiencing and something you don’t want to pass on.