While Apex Legends is one of the most successful games on the market right now it has some glaring issues. There are balancing issues to ranked gameplay, the anti-cheat needs a huge change, and there is an egregious issue where accounts are being wrongfully banned. You can even sit there and nitpick weapon imbalances and question certain choices. I personally wonder why the hell they chose to put hammer points on a fully automatic weapon. It fires on full auto, it doesn’t need a buff.

Taking the scope back a bit and to give credit where it is due, the team at Respawn does a fantastic job with characters and the overall flow of gameplay. When it’s firing on all cylinders it’s a buttery smooth shooter that puts most other FPS games to shame. Be that as it may, there has been an issue in the game since season one when they first started adding characters to the game.

Since more legends started to come to the game we have seen several attack-based legends, a few recon legends, and even a defense legend launch into the roster. The weird thing is only one other support legend has been added and it’s really debatable if she falls into that category. Sure Loba can pull ammo, meds, and more to one location but outside of that she doesn’t really have any healing or any ability to take care of the team. Maybe I have an archaic and too strict view on it but Lifeline seems to be completely alone in the category of support. That’s not a dunk on Loba she can be useful and is fun to play I just don’t feel like she fits the support role all that well.

Lifeline is the resident medic and she has always been a pretty solid choice in the grand scheme of the game. Unfortunately, she has been subjected to many debilitating nerfs and is becoming a victim to the inevitable power creep that comes with long-term games like Apex Legends and Overwatch. Let’s take a look at what her kit used to be, what it is now, how Respawn can toss Lifeline a lifeline and even make future medics to help her take on the weight of the battlefield. 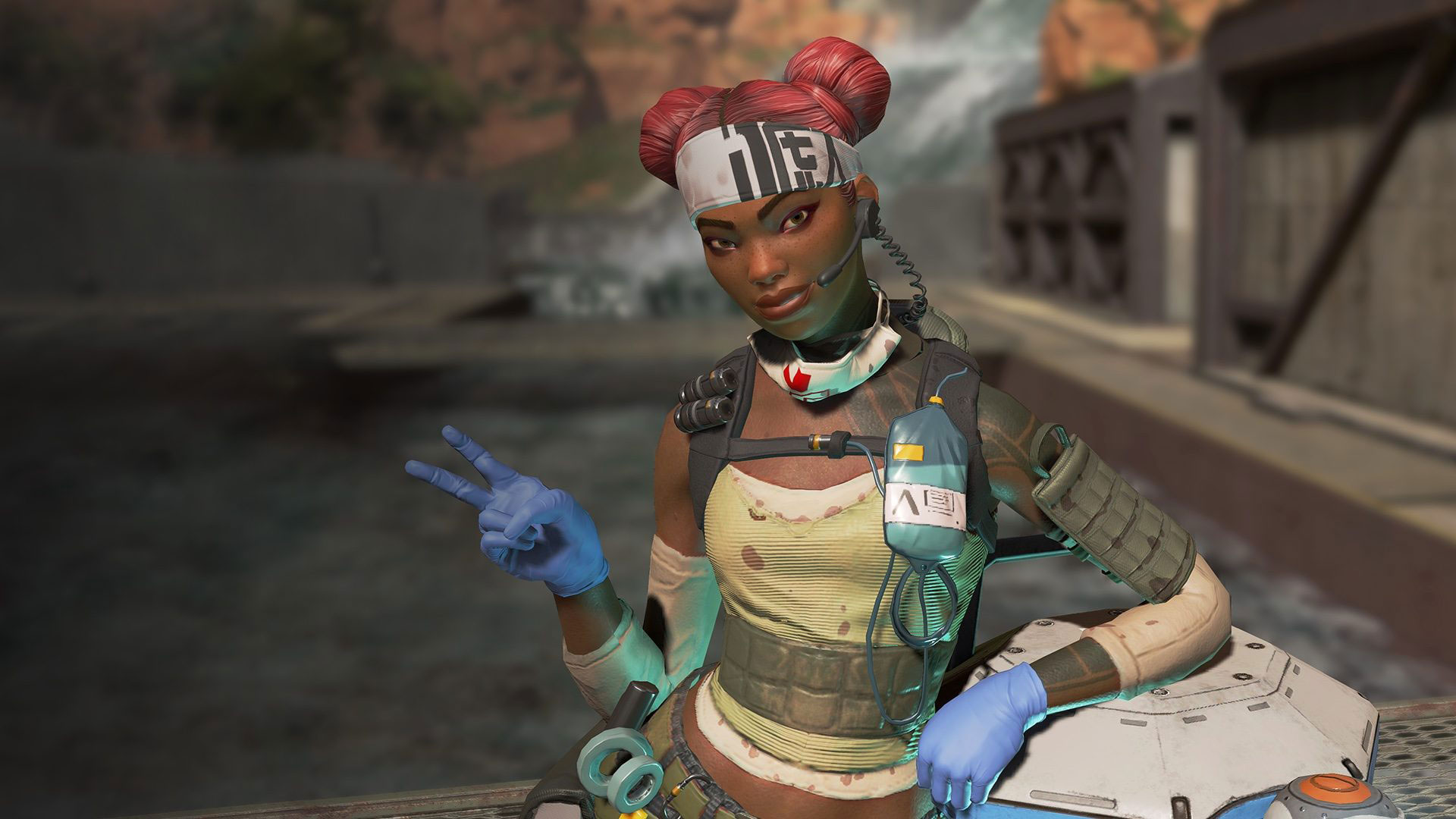 Lifeline used to have a lot going for her. She had a quick heal passive, a revive shield and could pick teammates up faster than other legends. This made her a stand out back when the roster was much much smaller. Since season zero all of this has been stripped away from her leaving her with a similar kit that doesn’t quite meet the mark. During that time her care package ability has also seen some changes and tuning, but even that doesn’t feel quite right.

A lot of professional players used to complain about her shield making her difficult to combat. I never understood this even before certain characters appeared in the game. Just throw a grenade over the shield or push through it and shoot her while she revives. She used to be locked into place when reviving so if you pushed she would have to stop to defend herself. It would remove the shield entirely and expose not only her but the person already knocked.

I know there are certain instances where pushing really wasn’t the best option, I get it, but grenades and ultimates are available for a reason. 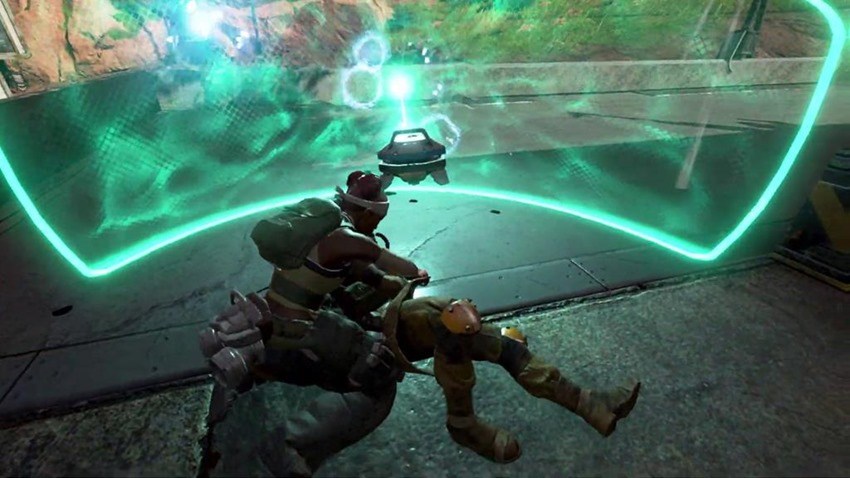 Lifeline now has some promise as she sits in the game during season 12. She can revive both members of her team at the same time, with no shield of course. She doesn’t have a fast heal, either. When placing her drone to revive there are several moments where she can not have a gun out to defend herself. On the plus side, her package does bring slightly better loot to the table and she can open hidden slots on certain loot bins. She can also now shoot back after starting the revive which is something she couldn’t do before. It allows her to delay a push long enough to, hopefully, get teammates up and let them start shielding.

She can still be great (to a point) in Apex Legends in the right hands. Some of my best games this season have been with her but she definitely needs some love to move forward and still be relevant. In the current state of the game, Lifeline is in the early stages of experiencing power creep. Power creep is essentially when a new character or mechanic comes along and does something better than an already established entity.  Lifeline has seen this happen via Gibraltar. He received a buff a few seasons ago with his shield that allows him to pick up knocked legends who are inside his dome thirty-three percent faster than normal. Legends inside this dome also heal faster. Gibraltar was already a highly picked character in ranked gameplay but these buffs made him a must pick and we saw that in the recent ALGS run. He was the only legend to have a 100% pick rate. 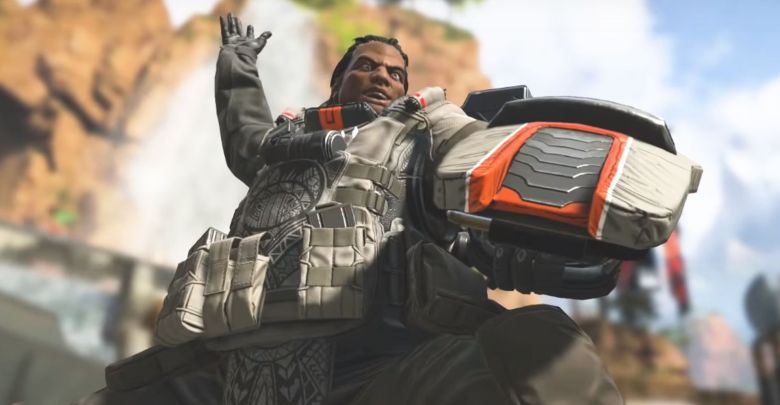 The question starts to become “Why can’t Lifeline have that kind of love and power?” While balancing a medic is hard, we saw that with Mercy in Overwatch she used to have the ability to revive her whole team and that proved to be too much for the overall gameplay. I still stake the claim that there is enough in Apex Legends to give Lifeline back her stronger footing in the game.

In terms of abilities alone, there is so much in the game that could counter Lifeline’s shield whether it’s the old shield or a newer version. Valkyrie can shoot missiles over the shield, Fuse is literally a walking piece of artillery, Horizon can throw her black hole over it, Ash can teleport behind it and the most blatant of all is Mad Maggie and her drill. Her drill alone would attach to Lifeline’s shield and deal damage to the downed teammate and Lifeline if she was behind it for cover.

I haven’t brought this up yet but Apex Legends Mobile has a lot going for Lifeline. For starters, she has her shield back. It drops and still allows her to defend herself and the team. Since it is believed that Apex Legends Mobile will be a testing ground for the pc and console versions I hope to see this return. It can easily be reworked to where the shield only deploys on the first person picked for revive. This  means players will have to be smarter about it and group the team up a little to heal to maximize the benefits of the shield or risk reviving outside of it,

That could be a powerful trade-off. You can even make the shield have a significant amount of health. (I wouldn’t because Gibraltar has an impenetrable dome shield but I digress.) You can keep her revive rate the same and give her the ability to heal herself faster at the very least. Her ultimate could scale a little better and give better loot later in the game instead of giving slightly better loot based on the team’s needs. It could also pop out of D.O.C. instead of dropping from a noticeable care package call-in to make her a better rank pick. It’s kind of a “here I am, come kill me” beacon as it sits now.

While it is important to not overload a roster with similar characters, future medics could have a more area of effect model for healing similar to Wattson’s shield recharge rate. They could also have an ability where if they heal with bigger meds like med kits or shield batteries it sends a pulse to nearby teammates granting them one section of a shield bar or 25 hp. There could even be a tactical ability that is thrown out and leaches a small amount of health from enemies and gives it to your teammates. Maybe it explodes some sort of acid on impact. Hell, they could even be able to carry extra meds in a stack as Fuse does with grenades. That way they could drop the extra health to teammates as needed. There is a lot to play with in terms of how a healer or support could work in a game like Apex Legends.

At the end of the day, Respawn and developers have access to data players would never even think about. Most decisions they make are based on the data they see and there is always a reason behind the choices they make. The choice they make may not influence the game on a broader scale like they had hoped which is why we see nerfs and balances in new seasons, hell sometimes a week or two after launch. I always tell people what may work when twenty devs playtest might not stick when a million people play it in-game. Some people can’t grasp that. I’d still like to hear your thoughts on the matter. How would you buff Lifeline? What do you want to see from a new support legend? I’d love to see a murderous healer, a “harmascist” if you will.

With the rumors and leaks that happened recently, it does seem a new support character will be coming to the game soon. I hope that brings some love to our day one medic Lifeline.