Battlefield 2042 has a new update coming tomorrow and it looks like DICE is trying to combat the lack of players by reducing the 128-player breakthrough mode to 64 players. 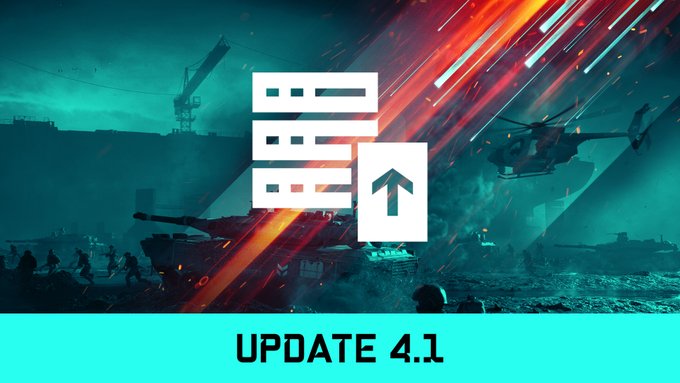 The official reason from DICE is this player count is best suited for Conquest and not Breakthrough. However, the likely issue is the lack of players. DICE has been filling servers with bots to combat the lack of players due to the horrible launch and lack of support post-launch. Currently, the game is averaging 1500 players on Steam, which is terrible for an online multiplayer game with modes that include player counts up to 128 players.

There’s a rumor going around that DICE and EA plan to abandon Battlefield 2042 and slowly shift the game to maintenance mode. With the first season set for June, many players have already left Battlefield 2042 for earlier games in the franchise.

The update is still addressing the many problems still plaguing the game. With gun balancing problems, hit detection, clipping, and many more issues. The update is detailed below.

Update 4.1 releases on May 19. The focus for this update is to deliver further fixes, and Quality of Life improvements, as well as to update our All-Out Warfare rotations, alongside some balance changes to weapons and Specialists.

Here’s a summary of some our key changes:

In this update, we’re making multiple updates to the All-Out Warfare rotations. Our leading change is the removal of the 128 player version of Breakthrough. When reviewing the available experiences in All-Out Warfare, we felt that the 128 player modes are better suited for Conquest where gameplay spaces are larger, and where you have a more natural fit for sandbox gameplay.

In Breakthrough’s 128 player mode, we feel that the value and impact of an individual player, and squad is reduced due to the increased intensity and chaos of the combat.

When reviewing Breakthrough, we noted that the 64 player version represented a more tactical experience. Reducing our player count here helps to remove some of the chaos from the experience, and in combination with the reductions that we have made to the number of available combat vehicles, it means players are better able to hold frontlines more effectively. Players will also find more space to work together and fulfill their individual roles

As a result, squads in Breakthrough 64 have a better opportunity to work together, to flank the enemy, place a spawn beacon, use their plus menu to attach suppressors, then clear, and hold a point – one squad helping turn the tide as an example. We believe that the move to 64 players will bring back the pacing that helps celebrate these moments of teamwork and PTFOing, and will be keeping a close eye on how our changes help to improve the experience ahead of the start of Season 1.

Following the release of Update 0.4.0, we’re continuing to make balance adjustments to vehicle gameplay by updating the total number of vehicles that can be active at any time across maps in Conquest and Breakthrough.

This announcement may change as we listen to community feedback and continue developing and evolving our Live Service & Content. We will always strive to keep our community as informed as possible.