Battlefield 2042 is one of the most infamous games of the generation but today DICE revealed the roadmap showing off upcoming changes. 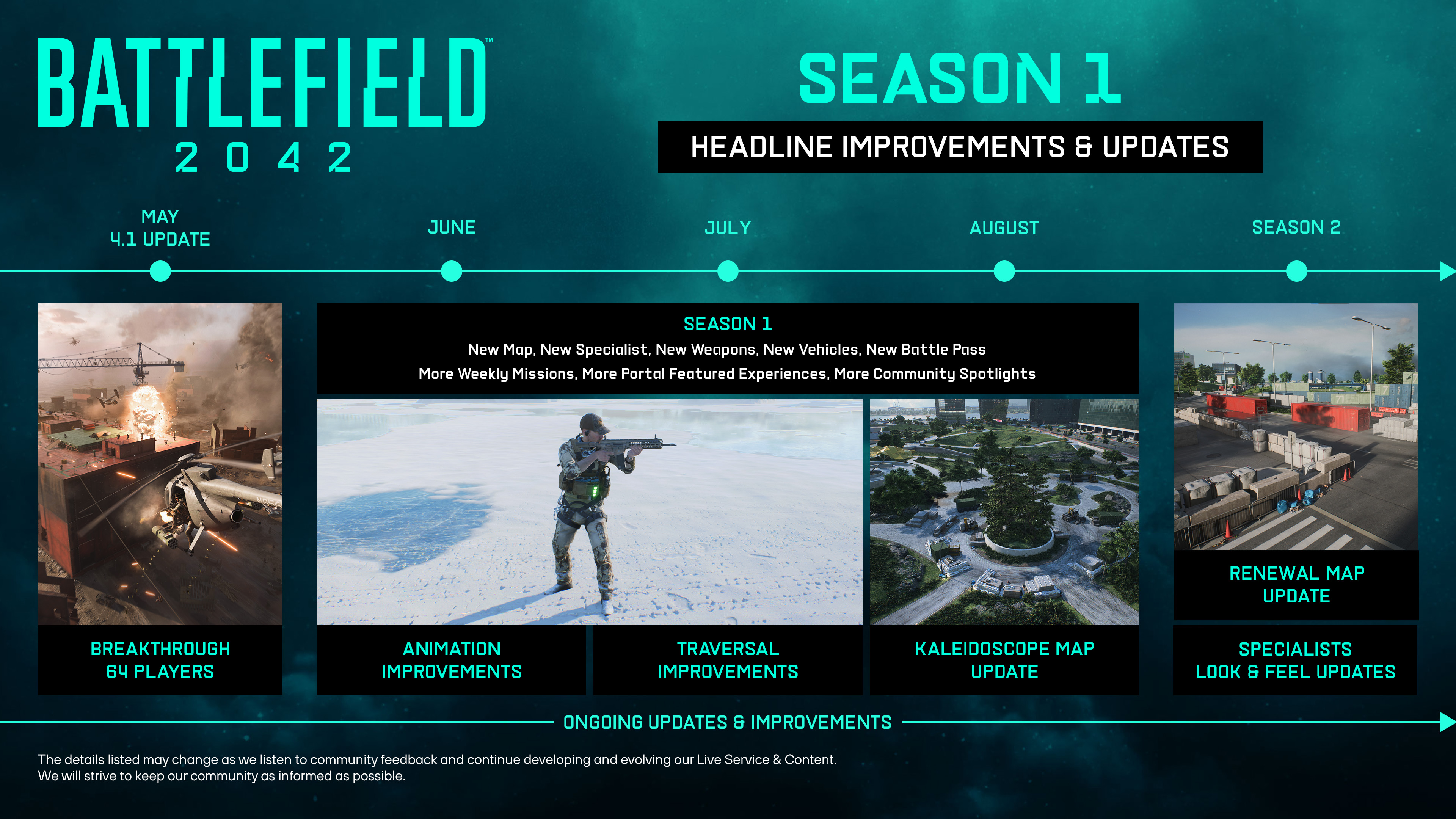 First off, the 64-player Breakthrough reduction is coming this month. During June, July, and August players can expect a new map, new specialists, weapons, vehicles, battle pass, and more. Despite these upcoming changes, Battlefield 2042 is performing worse than previous games, with the number in the low thousands on Steam. Many gamers have grown frustrated with the lack of updates and communication between players and developers. Along with the feeling of being cheated when the game launched.

The rumor is that EA is planning to put Battlefield 2042 into maintenance mode and focus on the next game. It’s possible these changes could revive the game but considering that this is EA it’s looking bad. Just look at Anthem and Star Wars Battlefront 2. Anthem’s 2.0 launch was deserted and despite making a huge recovery EA left Battlefront 2 behind.