Everyone loves a thick boy, and Respawn Entertainment finally decided to add another one to Apex Legends. Newcastle has been fighting for his spot in the Apex games since before Revenant killed Forge at the start of Season 4. He’s finally in and has more ties to the game than the audience at home really knows.

What does Bangalore’s brother bring to the table now that he has taken up the mantle of Newcastle? So many shields that I can hear the stomachs of every Lifeline main churn. I’m serious; if Respawn isn’t careful, they will have a similar problem to Overwatch. Everything was super stun-heavy in Overwatch until the sequel fixed a lot of that. Apex is heading down a very shield-heavy route, and it’s messy.

We’re not here to talk about that, though, so let’s get you up and running as Newcastle. 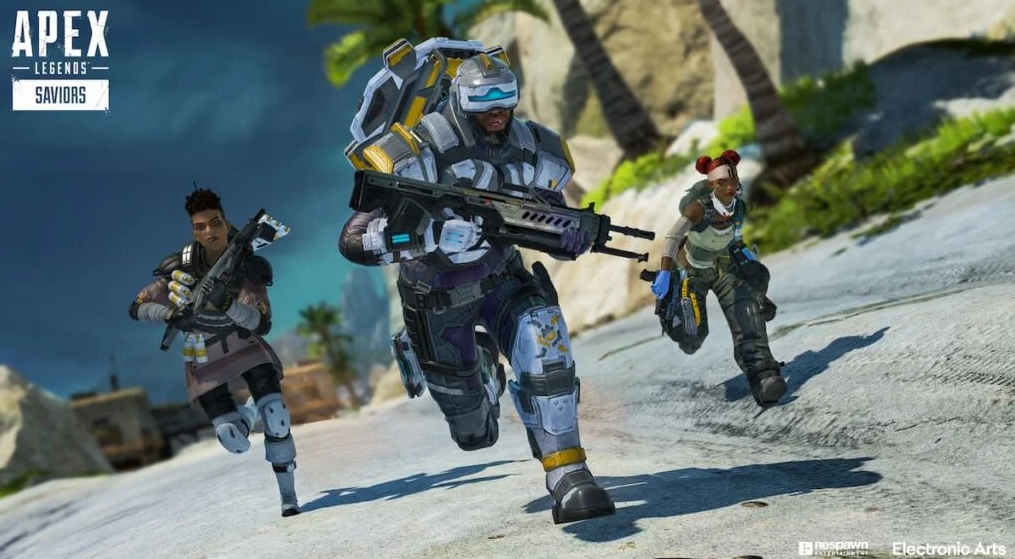 As Long As You’re Near Me, You’re Safe-

Big Newcastle has a lot going for him. I definitely think the higher up you can climb in ranked, the more you will see him. He isn’t replacing Gibraltar, but he works well with him and can be a decent alternative. Newcastle gets the fortified buff the two other big boys of the game get, meaning he takes 15% less damage overall. Couple this with the three (yes, three) types of shields he gets and he is a beefy Legend.

The first part of his kit is his tactical ability. His Mobile Shield, suitable for quick cover and pushes, can be turned in any direction to defend against any incoming fire. It is a bisected (two-part) shield, so the top and bottom can be destroyed after about 300 damage. There are also a couple of cheeky things you can do with it. If you turn it while a grenade is stuck to it, it can clip into buildings and damage people. Caustic traps can get attached to it and move with you, and you can also stick it to the tridents. There is a lot to do with the ability, so get creative. 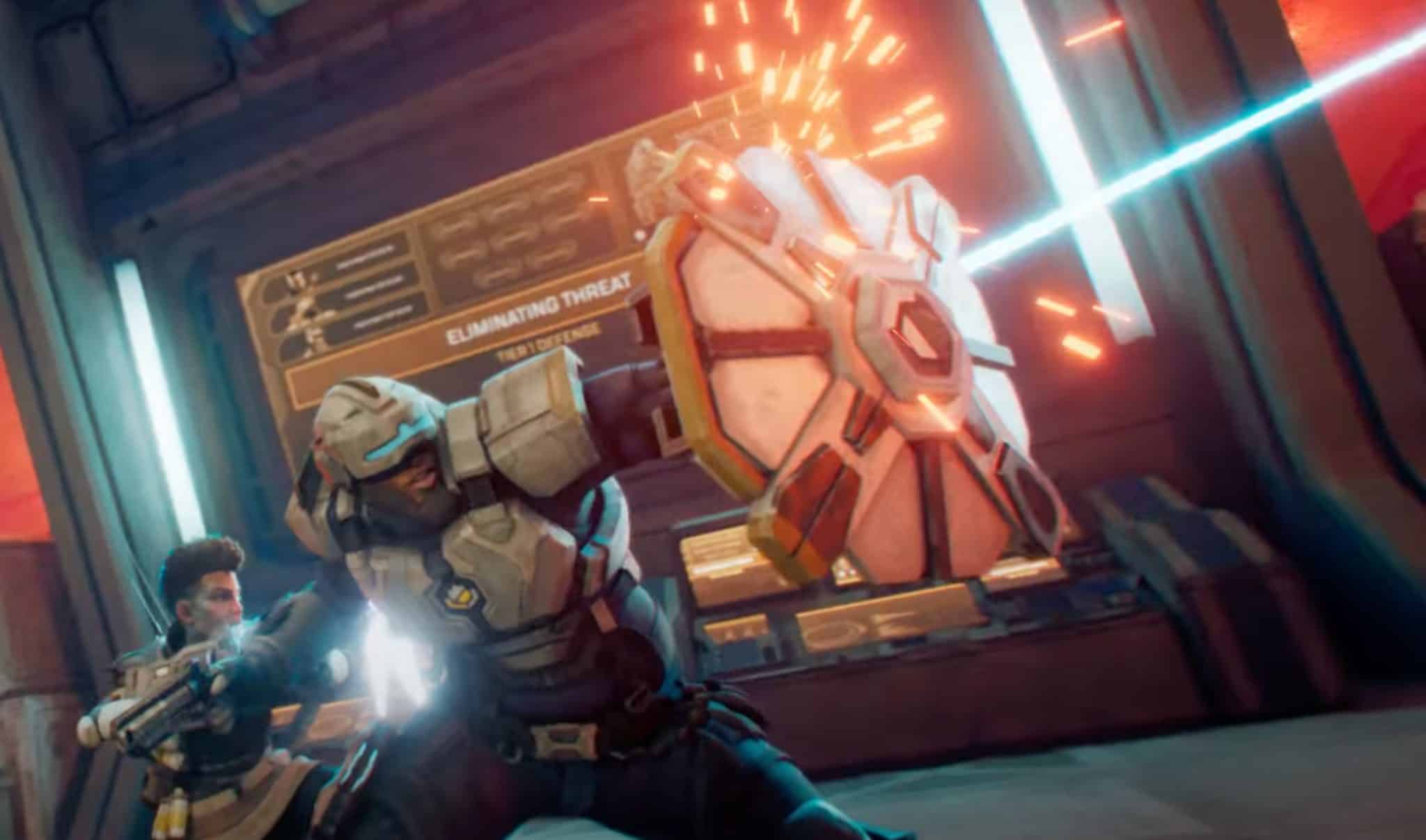 His passive ability is Retrieve the Wounded. Newcastle can use his knockdown shield to pull his teammates to safety (I feel your pain, Lifeline mains) as he revives them. It doesn’t kill his shield, either. As soon as the revive is done, the knockdown recharges so it can be used if Newcastle were to get knocked. So as long as the shield isn’t gold, it’s better to make sure Newcastle has the best shield. Yes, he can pick it up, but it doesn’t HAVE to go to him.

His ultimate ability is a huge shield called Castle Wall. Newcastle can leap to teammates and deploy a massive three-panel-long shield. The panels can break with enough damage, or Newcastle can pick them up. Interestingly, the shield has an electric element (like a Wattson fence), so when an enemy touches it, it deals some damage. That makes it a little harder for enemies to play off your shield.

It also deals damage as it deploys, so feel free to jump on an enemy that might be in a close-quarters fight with a teammate. You can also combine it with one of Storm Point’s Gravity Cannons to redirect and throw off enemies during an escape or get height on them. 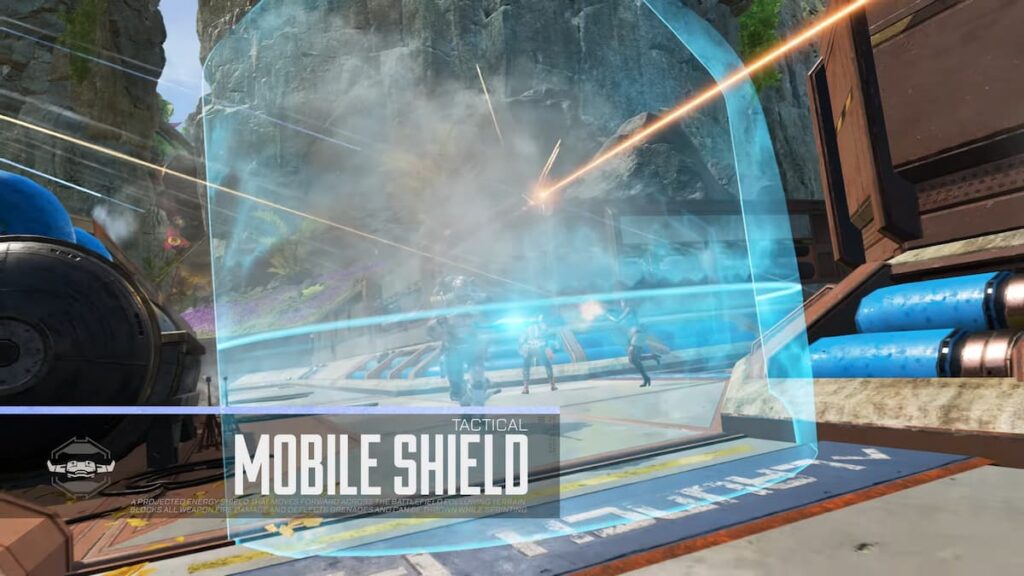 The biggest tip I can give you is that Newcastle should generally stay away from snipers, aside from the Kraber, if you want to maximize his potential. He works best with weapons that are at closer to medium ranges. Feel free to pick up a CAR, an alternator, any SMG, or even a Wingman. Your other weapon should be a longer-range encounter or a shotgun. Craft an R-301 or find a Flatline, or since the Havoc is absolutely busted right now with its recent buffs, feel free to grab it when you see it. The PK is back to being old reliable since Respawn tightened the spread of its pellets at the start of Season 13. If you’re at a care package, grab that Mastiff (as Newcastle, it got a huge damage buff and can ruin players that try to push).

Keep in mind that Newcastle pairs well with Rampart. That Shield Squad is a defense nightmare for opposing teams since Rampart got her buffs this season, and her walls can help out a lot. If she has her Sheila available, rip and tear.

This season has been an absolute struggle so far. Between the weapons feeling odd and the massive changes to ranked gameplay that I may be discussing in a future article, I hope this eased some of the learning curves that come with studying a new Legend. Let us know below what you think of the new addition and season!

Are you considering a break like I am? Are you determined not to let the changes keep you down?