Since the release of Five Nights at Freddy’s many indie developers have taken similar concepts to create unique adventures. Happy’s Humble Burger Farm is one of those titles that take inspiration from those games but uses it for a different adventure. With players taking on the role of a fast-food worker who finds out they’re in a dire fight for survival. The game suffers from technical problems but uncovering the mystery surrounding Happy’s Humble Burger Farm delivers all the joys indie horror fans love. 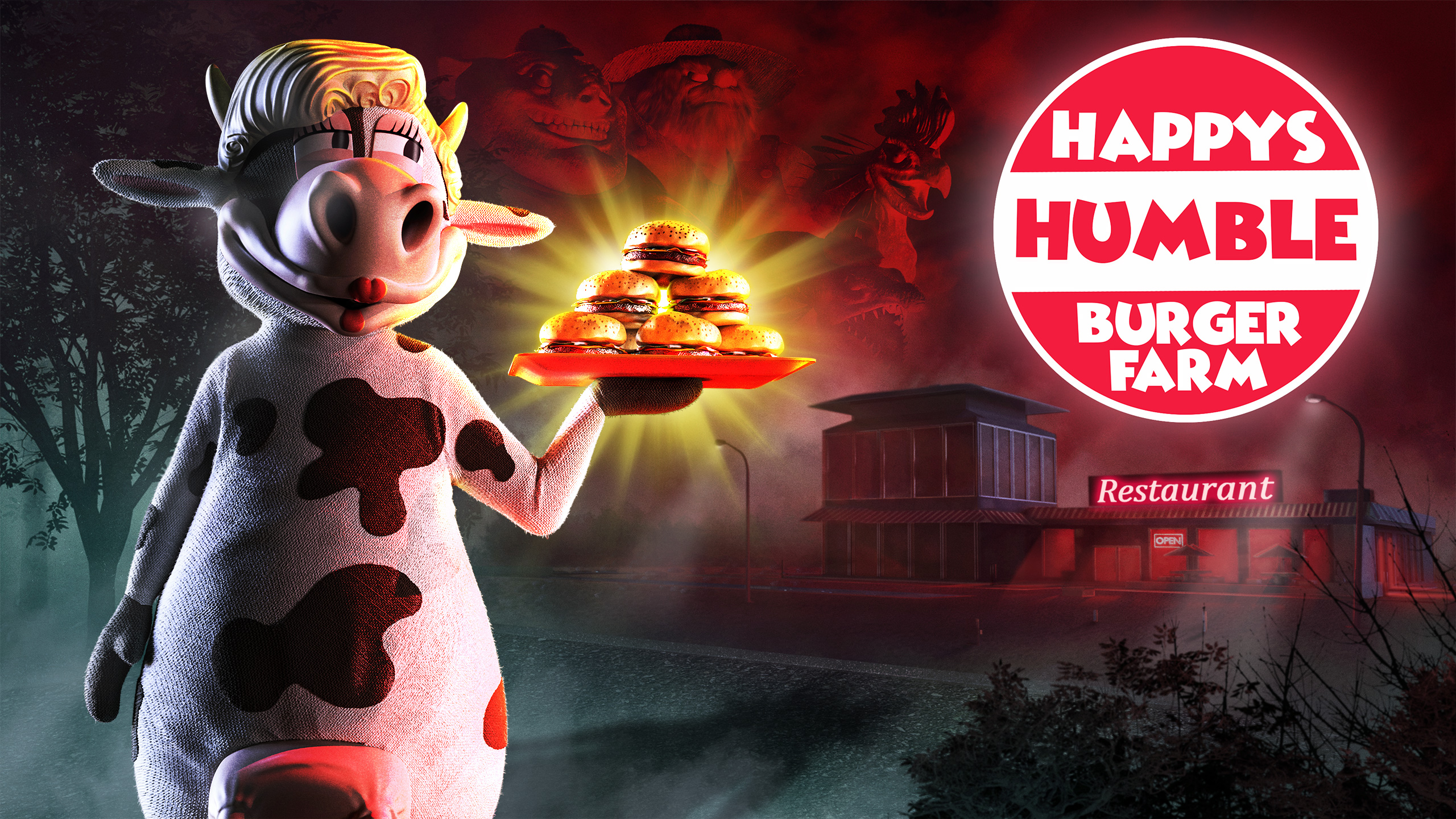 Happy’s Humble Burger Farm has you in control of a fast-food worker who is starting their new job at Happy’s Humble Burger Farm. The second you start the game things are worrying and they don’t get any better. People look like drones, the city is largely empty with dead stores, and your job is constantly attacked by camouflaged humans. Worse is there are audio logs indicating that something horrifying has infected the area as you find the mascots are more dangerous than anything else in this area.

Despite the unlying horrors, the developers did a good job of creating the fast-food systems you’ll be engaging with. Everything from making sandwiches to pumping out shakes is easy to understand. Some actions like upgrading the restaurant using tokens found in the game are not explained to the player. These upgrades are unnecessary but should’ve been explained to the player. 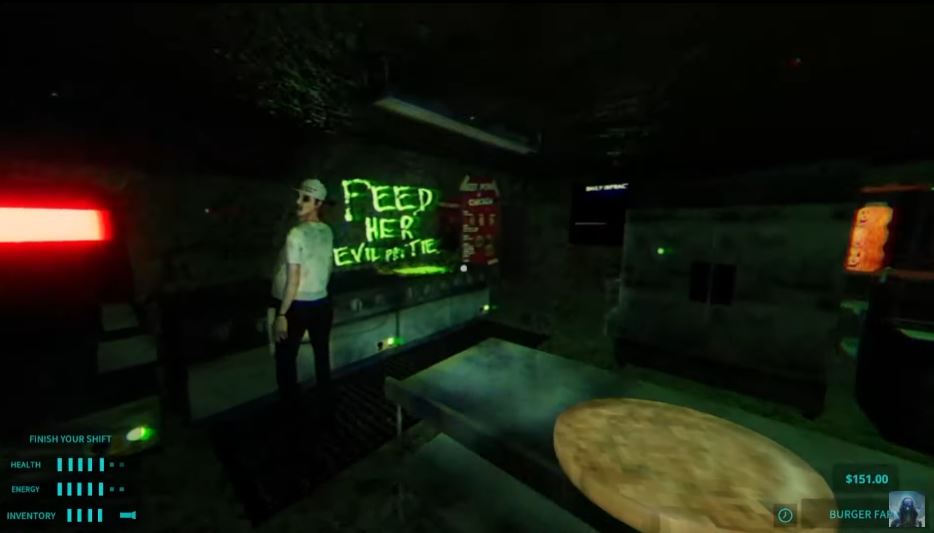 The primary goal is to escape by any means by uncovering the mystery around the town. This includes locating key items, finding enclosed areas, and finding hidden audio logs from previous people. The crafting system is essential but simple, grab necessary items from vending machines, the stores, or in the environment and use them to make items to unlock keypads and blow-up areas.

The game doesn’t provide the essential details surrounding the town but instead puts that information in collectibles. Disks located around the world provide insight into the experiments being conducted in the area. The developers did a great job of explaining everything that is happening but most of these explanations are very log. Sometimes ranging in the 5-minute mark or even more.

The protagonist isn’t immortal and requires rest to recover. Your health can be restored using health bars but energy depletes regardless and requires sleep which causes a day to pass or showering. If you need a surge of speed coffee is available and is wonderful during the cat and mouse sections. 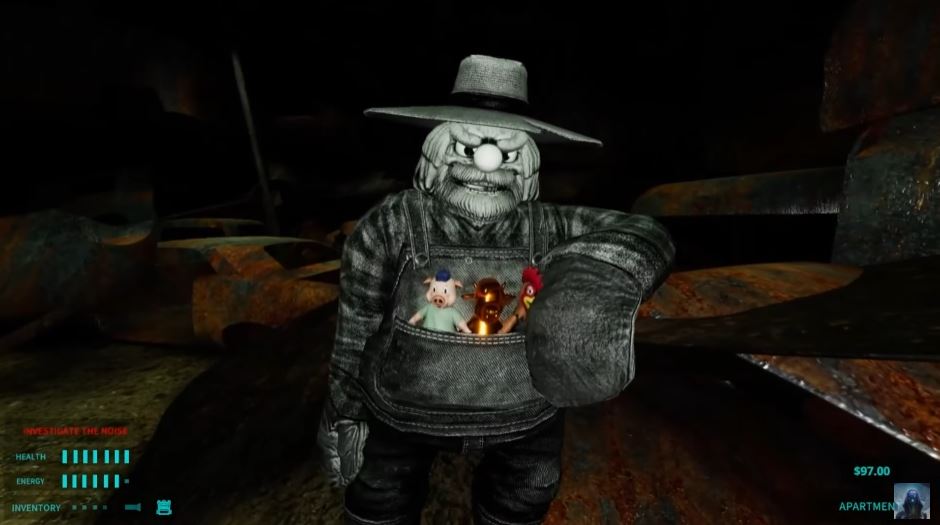 The game does include occasional boss fights against the monsters in the area. 1 is optional and is only accessible if you mess up during food service. The others usually involve building sandwiches and evading the monster itself. They’re great boss fights and help break up the constant need to look for key items.

The art direction is wonderful, with a combination of retro-style visuals and goofy mascots. The creatures themselves are unnerving but maintain that childish wonder that just feels off. When you find out the true intentions of the town you’re in everything comes together as you start to truly notice all the intentional problems with the area. From the weird-looking sky to the strange placement of the environmental assets.

The game runs well on Switch regardless if you play in docked mode or handheld mode. The PC version is still the better version but the Switch version is a equally good version. 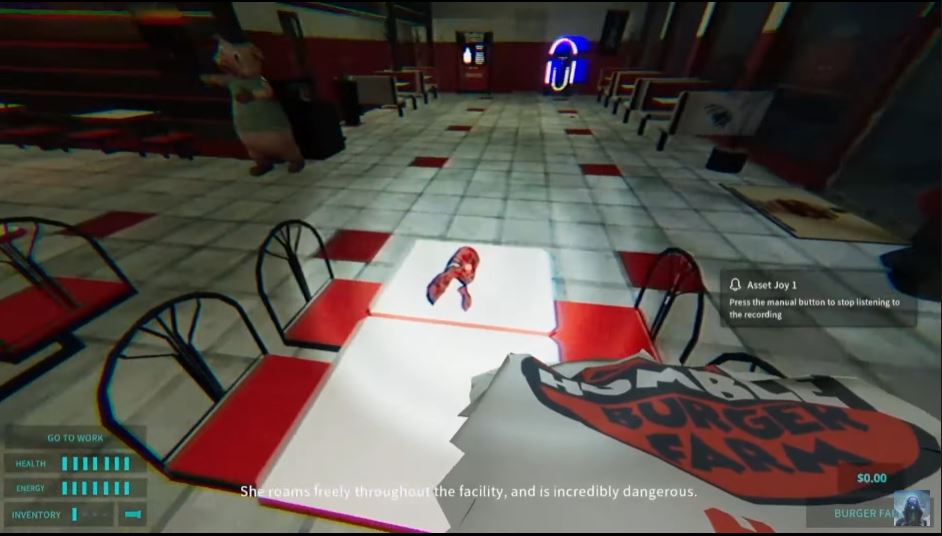