Recently Ubisoft hosted a free weekend for Far Cry 6 in partnership with Netflix’s upcoming new season of Stranger Things. Ubisoft revealed that the event was a great success, with 1 million new players joining the fight against Anton Castillo. 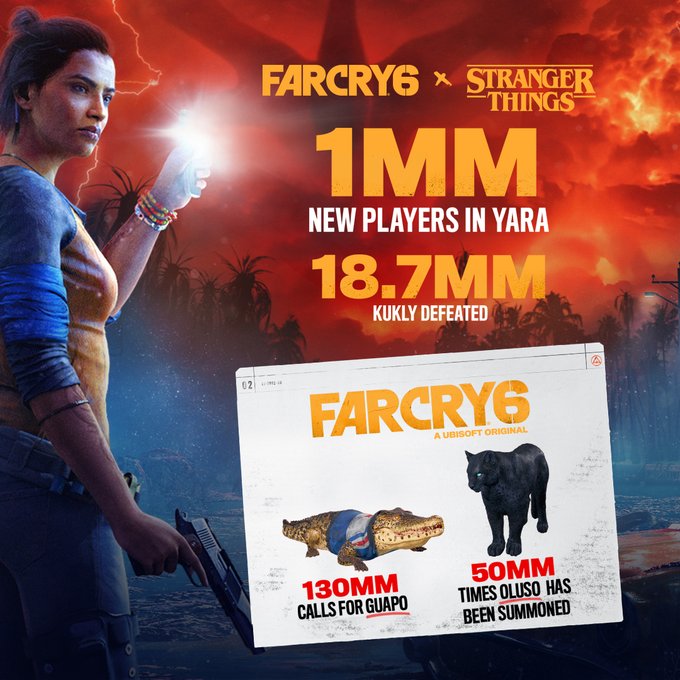 Ubisoft added some more facts such as the most popular animal ally being the alligator Guapo and the legendary Oluso. Guapo was called 130 times and Oluso 50 million, but seeing that Guapo is provided at the beginning and Oluso is available towards the end of a long optional mission it makes sense that Guapo would be #1.

Far Cry 6 received mostly positive reception but was generally seen as the same game as the previous installment. Despite amazing performances and excellent gunplay, the title fell under the umbrella of being another “Ubisoft game” that focused on an open world full of similar objectives.