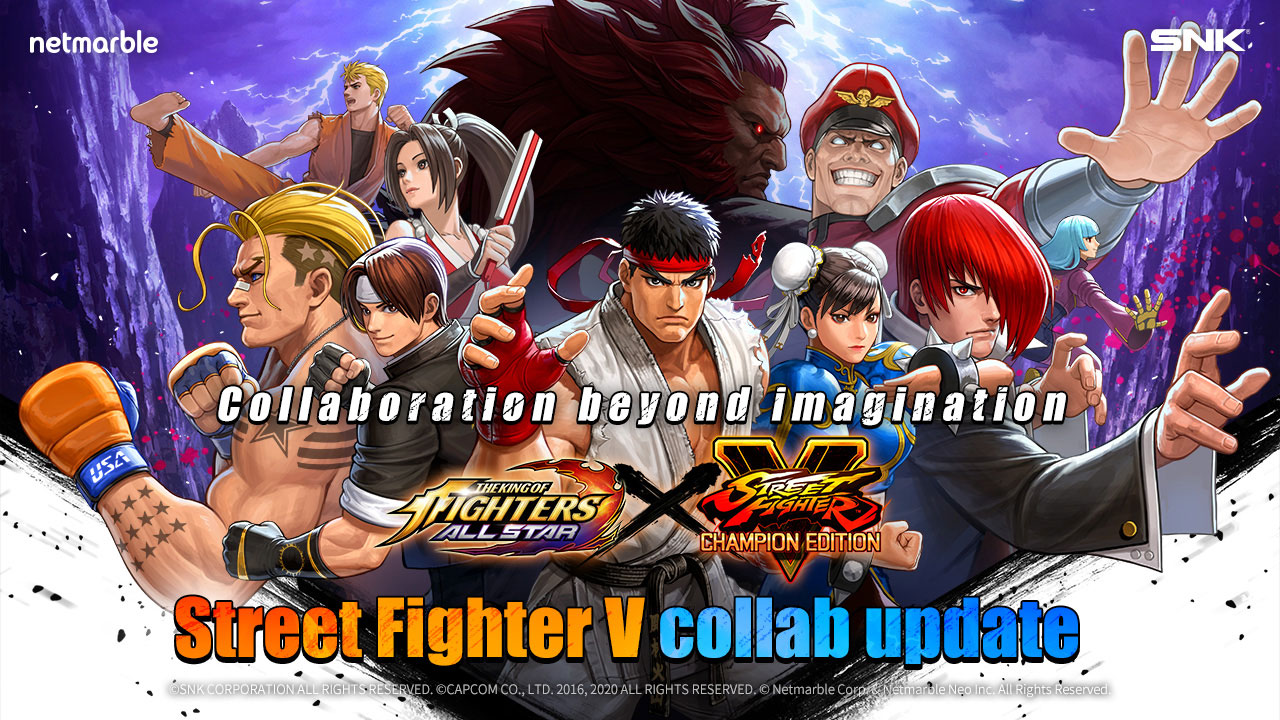 The promotion will add Ryu, Chun-Li, Chun-Li (Nostalgia), and Luke to the game with Chun-Li accessible through EX Rank summons.

○     Leader Skill Effect: increases ATK by a maximum of 65% for all Street Fighter V characters

○     Special Skill: When attacked, the player will become immune to DMG for 4 seconds (cool time 10 sec.). If player inflicts DMG under 800,000 points when landing attacks, additional 800% of DMG points will be given

Additional beloved fighters such as Akuma, M. Bison will be released progressively at a later time. Other features of the The King of Fighters ALLSTAR update include:

THE KING OF FIGHTERS ALLSTAR boasts fast-paced fighting action as players battle through waves of enemies, giant bosses, and rival fighter teams. The excitement is paired with cutting edge graphics, bold colors, and lightning-fast animations. In addition, this game features all of KOF’s classic fighters from ’94 to XIV, with more than 130 fighters available to collect, along with more to come with seasonal events, collaborations with popular IP such as, SAMURAI SHODOWN, Seven Knights, and more.

THE KING OF FIGHTERS ALLSTAR is available to download on Google Play and the App Store in more than 175 countries and comes with support for English, Taiwanese, Indonesian, Thai, Spanish, Italian, French, Portuguese, Russian, and German languages.