We’ve all been there. Both your teammates are down, the enemy is closing in, your palms are sweaty and there isn’t any of your mom’s spaghetti around for comfort. It is time for you to clutch up and keep the game alive. Wouldn’t it be easier if you could keep a decent grip on your sweaty mouse or controller? One company is looking to help you do just that.

Gamer Goo is designed to keep your hands from getting that annoying hot feeling and to stop you from sweating all over your peripherals. They sent me three of their scents to try out and I wanted to share the results and experience I had while sampling them.  As a gamer who does have sweaty palms and plays games that do need a steady hand and consistency, I was eager to see the results. 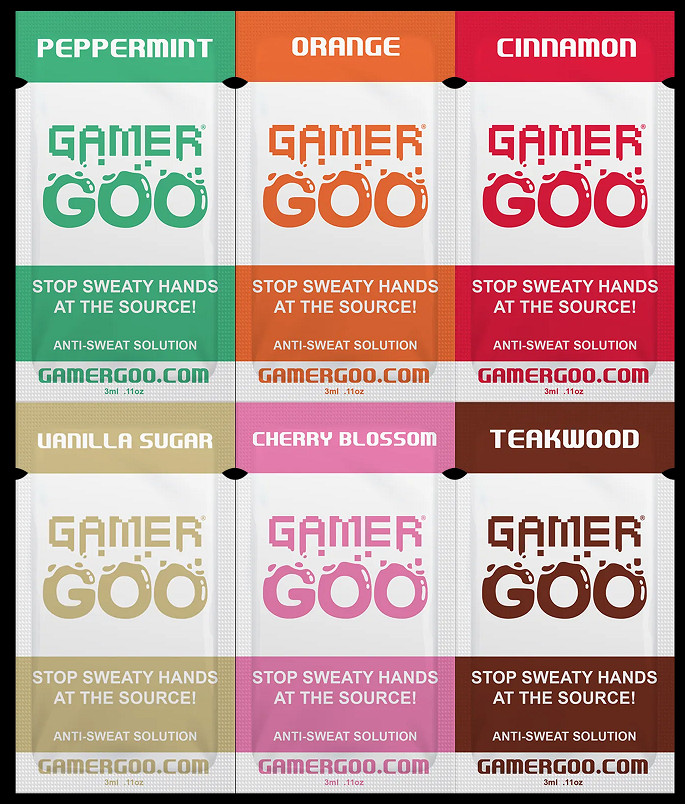 Gamer Goo is easy enough to use. Be sure to have clean/freshly washed and dried hands before applying. It goes on easier and lasts way longer that way. The first one I tried was their Cinnamon scented lotion packet. The scent was very pleasant and it wasn’t overwhelming, which was a huge plus for me. This one ended up being the strongest smelling one.  The other two scents I was able to test out were the Orange and Cherry Blossom. Each one smelled nice without being overwhelmed while I played.

I started feeling the effects of the lotion immediately. The skin on my fingers and palms felt soft and completely dried up, but not like sandpaper. The texture change on my hand was a tad shocking the first time I put it on. It was just really noticeable when compared to regular lotion. I suppose that is a good thing though, noticing it drying your hands up as it should. I didn’t really even notice that same feeling on subsequent uses. I will say that when I grabbed my mouse to get back into Apex Legends, I didn’t feel that same layer of heat between my hand and my mouse as I did before applying. 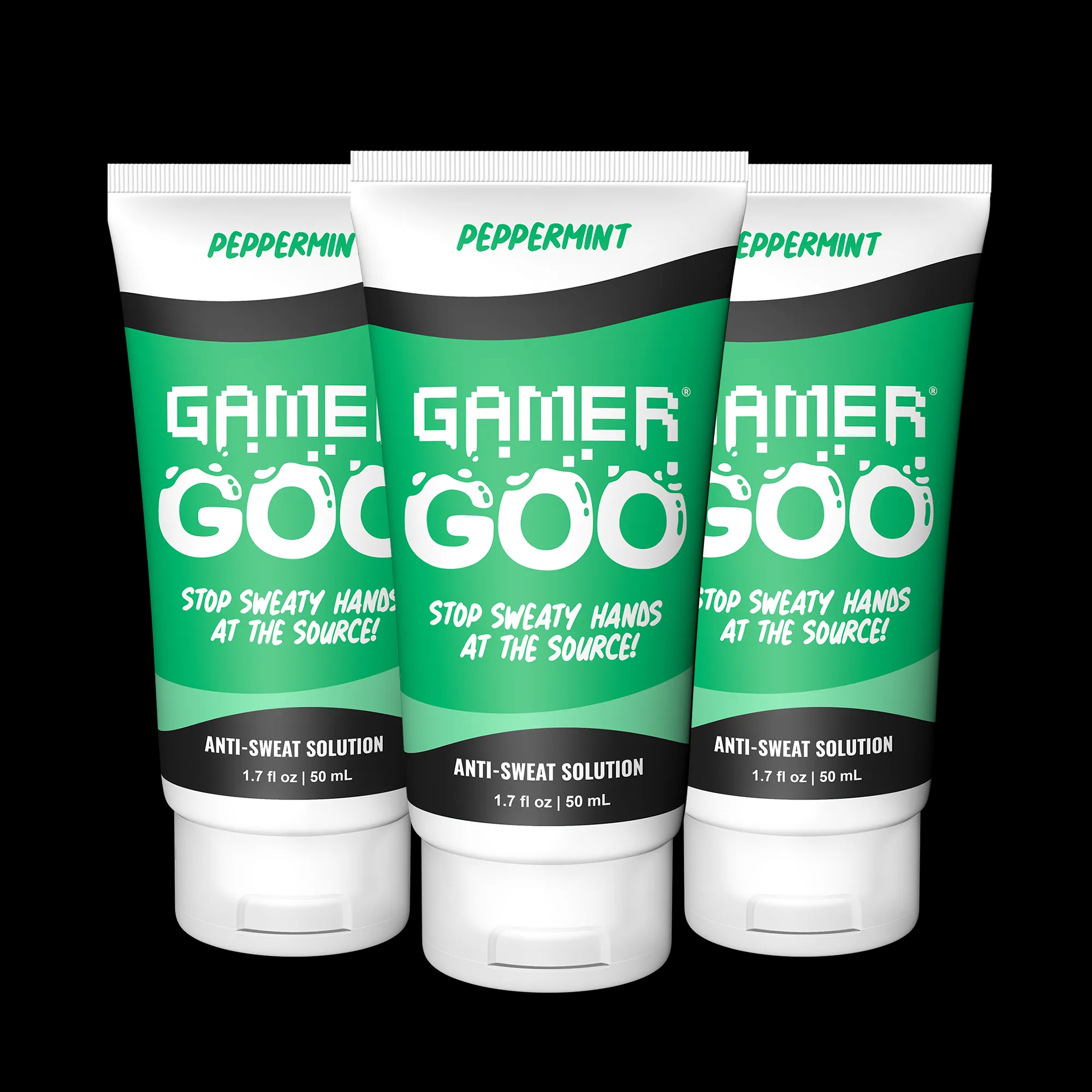 The only downsides I had while trying Gamer Goo were due to my own negligence. I did not follow the directions on the packet and wash my hands when trying the second scent. I was live streaming over on Twitch and decided to slap on some Goo. It didn’t quite dry right and I had some streaks on my fingers because it dried weird. It was entirely my own fault I should have learned to read instructions. Lesson learned.

This product is going to last you as well. The directions say to put a pea-sized dollop on your palm and rub it in. Considering the size of a bottle, 1.7 FL oz, that is going to last you a pretty decent amount of time. Gamer Goo is also FDA approved which is great because as someone with generally dry knuckles and slightly sensitive skin, I was worried about having a reaction to it. I’m glad to say it didn’t give me one and my knuckles even felt better after using it.

If you decide to give Gamer Goo a try, I highly recommend Cinnamon. Although, I really want to try the Peppermint one. I do recommend giving Gamer Goo a try. It does its job and smells great while it does it. I felt cool and during the three hours or so that I was playing, I could feel the Gamer Goo on my hands. However, it wasn’t distracting. I managed to get the last bit of RP I needed to reach Plat IV in ranked Apex. Honestly, I felt like I had better control over my mouse and noticed an improved feeling to my grip whilst playing.