Three years on, Turn 10 Studios and Microsoft released the fifth installment of the Forza Horizon series. Previews of the game have looked promising, with its updated map in Mexico, being able to drive on the correct side of the road, as well as the latest rendering techniques of the game engine have myself and others fairly excited.

So, I played Forza Horizon 5 to see if Microsoft and Turn 10 can live up to the hype and outdo themselves coming off of Forza Horizon 4.

Forza Horizon has always been a looker when it comes to the graphical department. Forza Horizon 5 is no different and is by a country mile one of the best-looking games ever released. The near photorealism mixed with exceptional raytracing support will have fans and onlookers’ jaws hanging with disbelief of the graphical fidelity of Forza Horizon 5.

Running Forza Horizon 5 using a mix of high and ultra-presets, with raytracing set to medium, I was still able to maintain a mostly locked 60fps at 3440×1440 resolution. Some dropped frames were expected as my aging RTX 2070 is in need of an upgrade if I can ever get my hands on a new 30 series card. 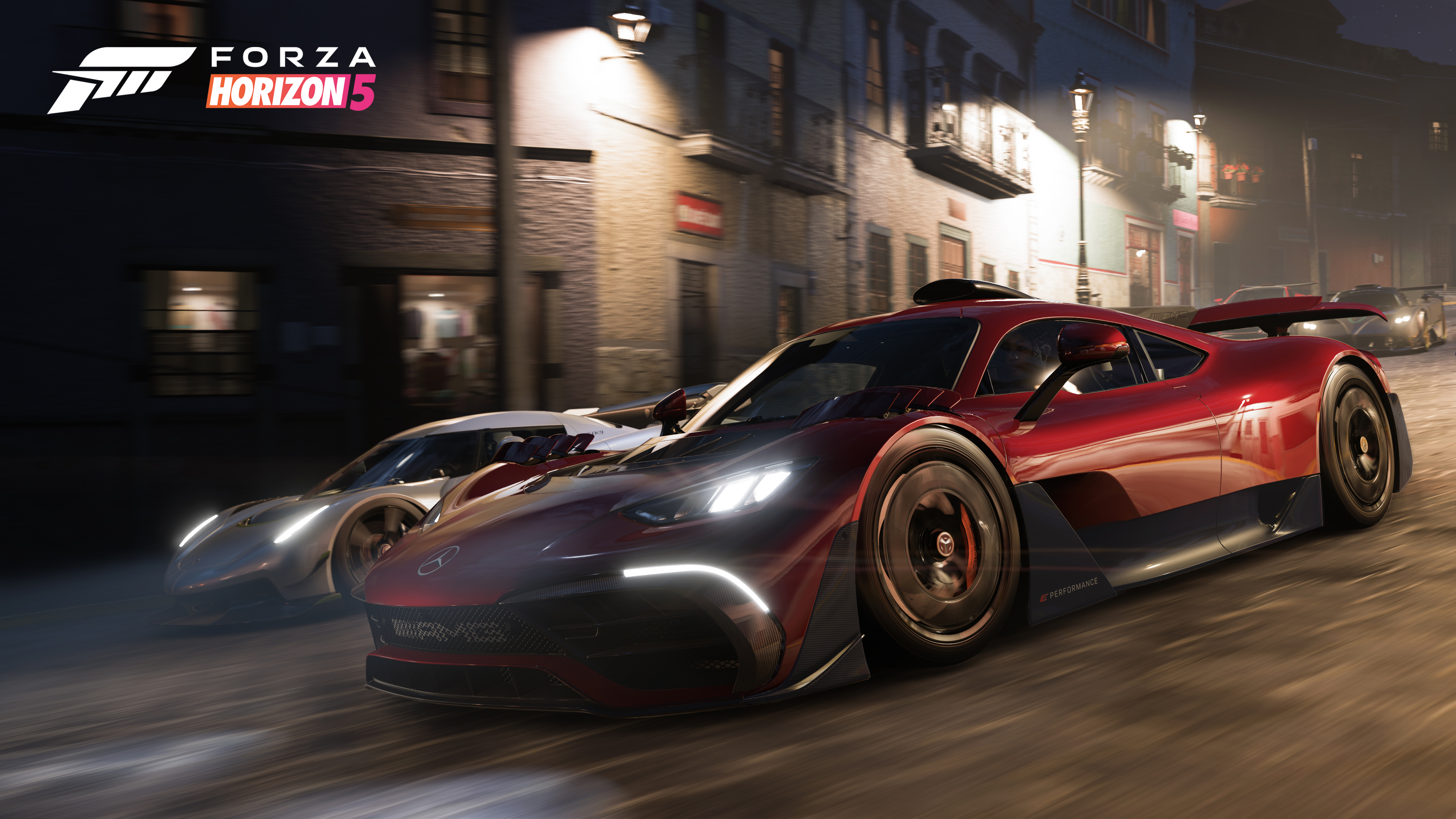 Forza Horizon 5 is definitely one of the best examples of an Arcade-style racing game. Players can race around the streets, on the beach, in rivers, and across the countryside of Mexico. Players will be able to race in over 500 cars at launch and the list will constantly be updated as the game progresses and new models are revealed in real-life, and once players request more.

While Forza Horizon 5 is an arcade racing game, meaning it doesn’t emphasize realistic physics as much as the Forza Motorsport series which is a simulated driving series, I felt the car’s handling was a bit too wonky. I always wanted the cars to feel more planted than they were, and no matter what upgrades I added to the car, I could never dial in decent handling characteristics. While the cars were always tail-happy, I still felt as though drift (my favorite events) were more difficult than they needed to be due to being too aggressive with throwing the rear end out during corners. 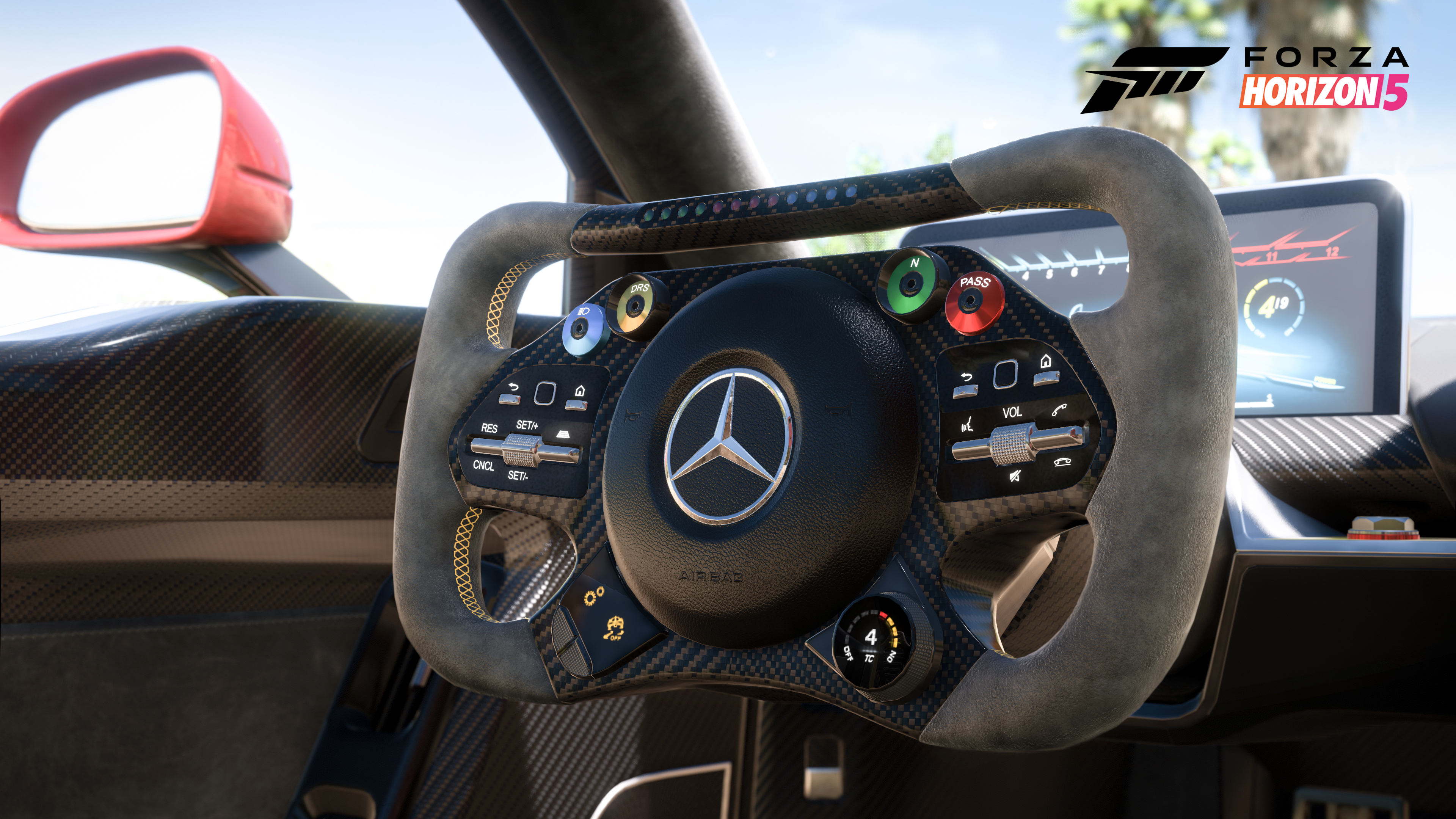 Forza Horizon 5 also features a ton of off-road racing that is fun and really makes me want to go out and put together a rally team. Barn finds are back and a fun little mini-game in which players must locate hidden barns that contain unique high-value cars. What makes the mechanic interesting is the more valuable the car the longer it takes to restore to its former glory.

Wheelspins are back from previous games in which they unlock for players emotes, clothing/racing gear, money, and cars. Overall progression felt too aggressive, players will always be unlocking some form of reward to the point where I started to grow bored with the development system. When I unlock an awesome new supercar, I want to feel as though I earned it, instead, it feels more like a participation trophy.

Upgrades in Forza Horizon 5 appear to be useless, as while I can modify cars a bit to improve their performance rank, I never really felt as I was a mechanic squeezing every last bit of performance out of my engine, the way Need for Speed handles mods. In the latest Need for Speed games, you can take your starting ride and it can last for a third to half of the game before needing to upgrade. The visual modifications that can be done to cars in Need for Speed blows Forza Horizon out of the water, with its selection of wheels, splitters, front and rear bumpers, mirrors, side skirts, and more, while Forza is the spirit of street racing Need for Speed is the heart of street racing. 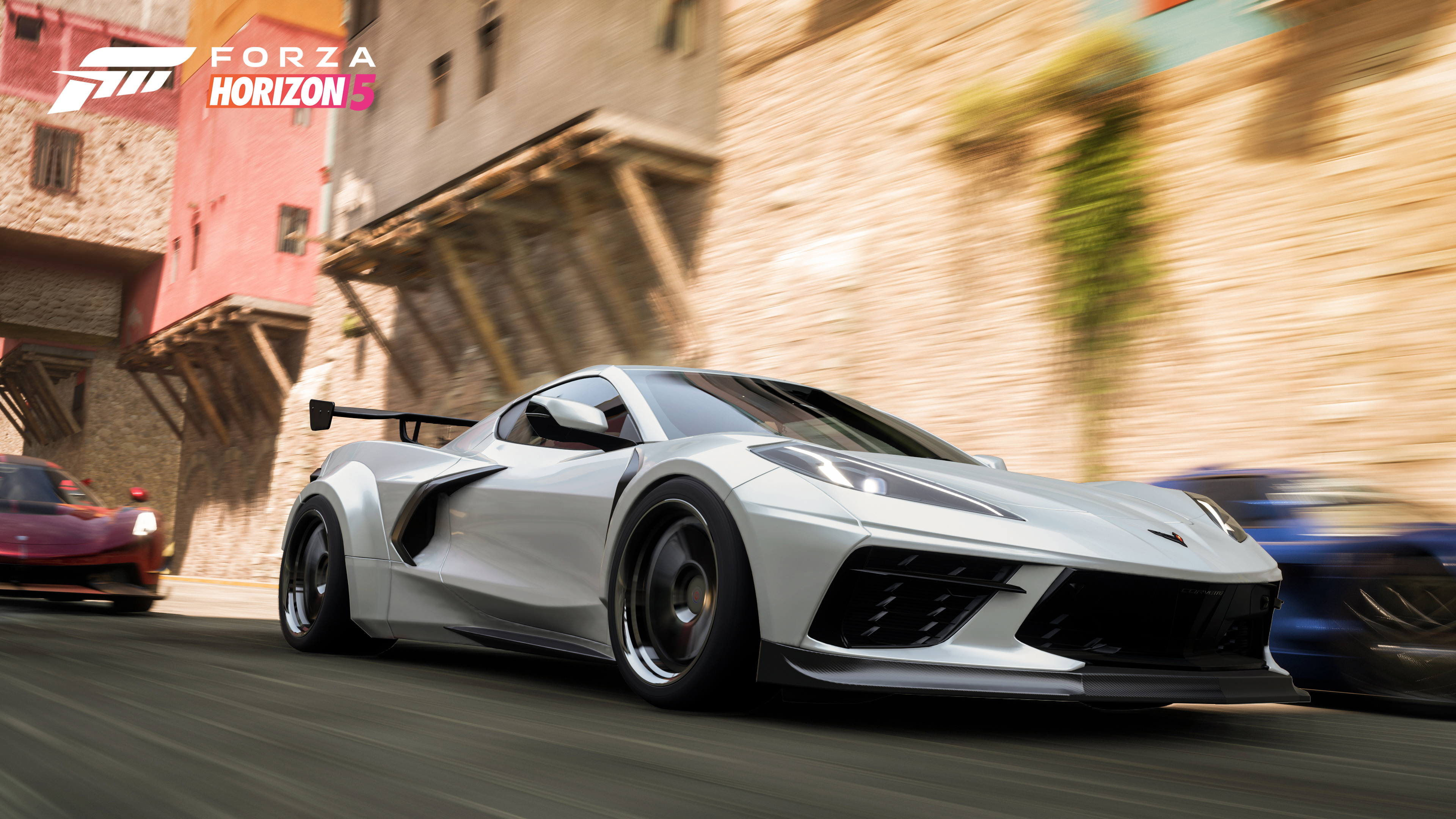 Forza Horizon’s 5 soundtrack is superb and has radio playlists for all the different styles of music. Players who enjoy EDM, Pop, Hip-hop, and Rock will have plenty of songs to enjoy as they race around, the Mexican countryside and through Mexican towns. The automobiles sound fantastic and realistic, nothing makes my heart pump faster than hearing the scream of V8 and V10 engines echoing off the country hills. 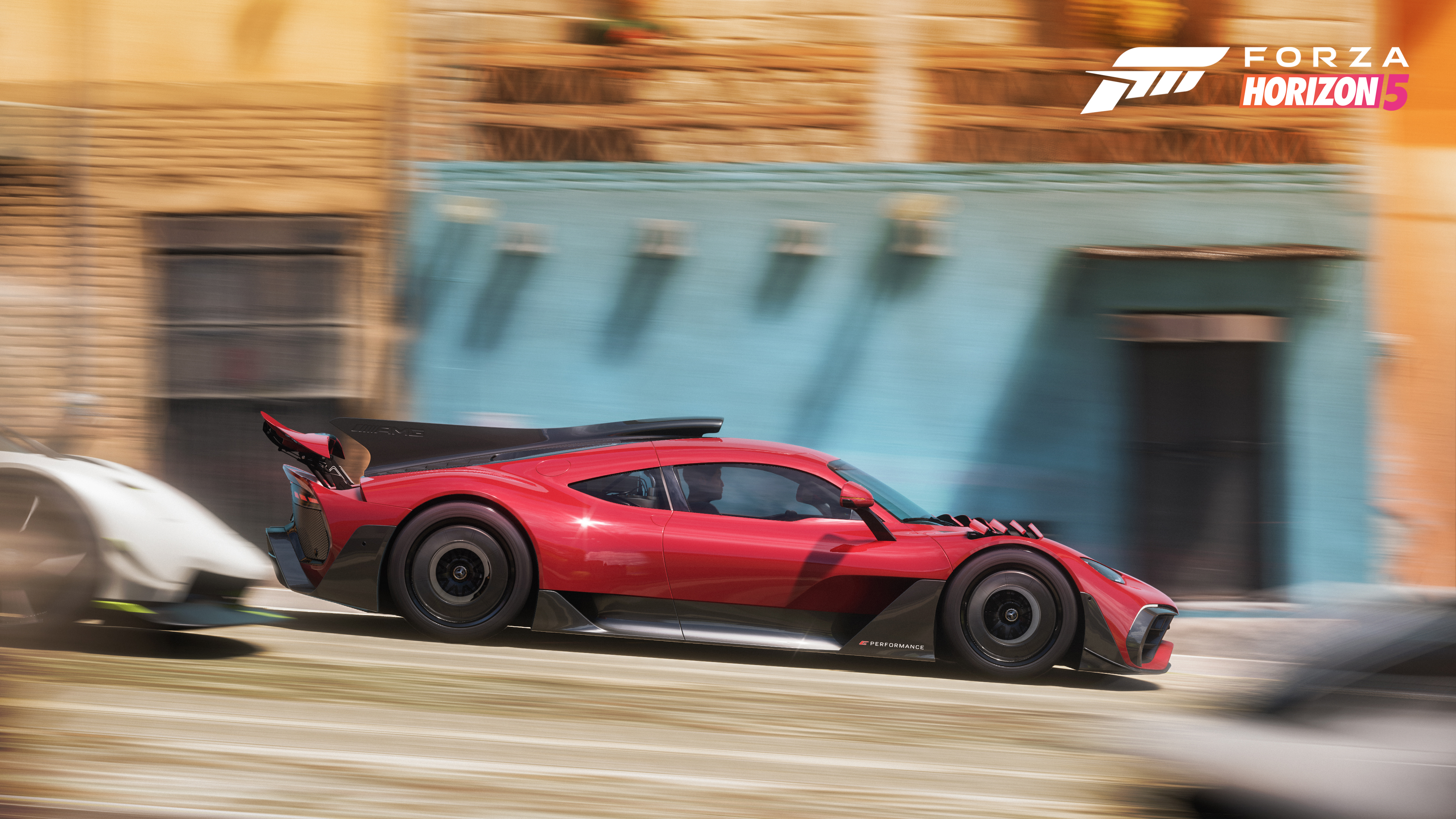 While racing games don’t require any sort of story element to enhance their gameplay, stories can be fun, interesting, or downright cringe-inducing. Forza Horizon 5 story consists of the player being a superstar race driver and participating in the annual Horizon race series. As players unlock different races, they will unlock additional side stories such as a series of races in which the player must race a guy’s Ferrari 612 Scaglietti in order to prove to his friends he has the best car. While the stories in Forza Horizon 5 are funny and quirky interactions, they lack the awesomeness of Need for Speed 2015’s branching storylines that involve Porsche Race Enthusiast Magnus Walker, Gymkhana specialist Ken Block and drift crew the Risky Devil, as well as accompanying live-action story elements. 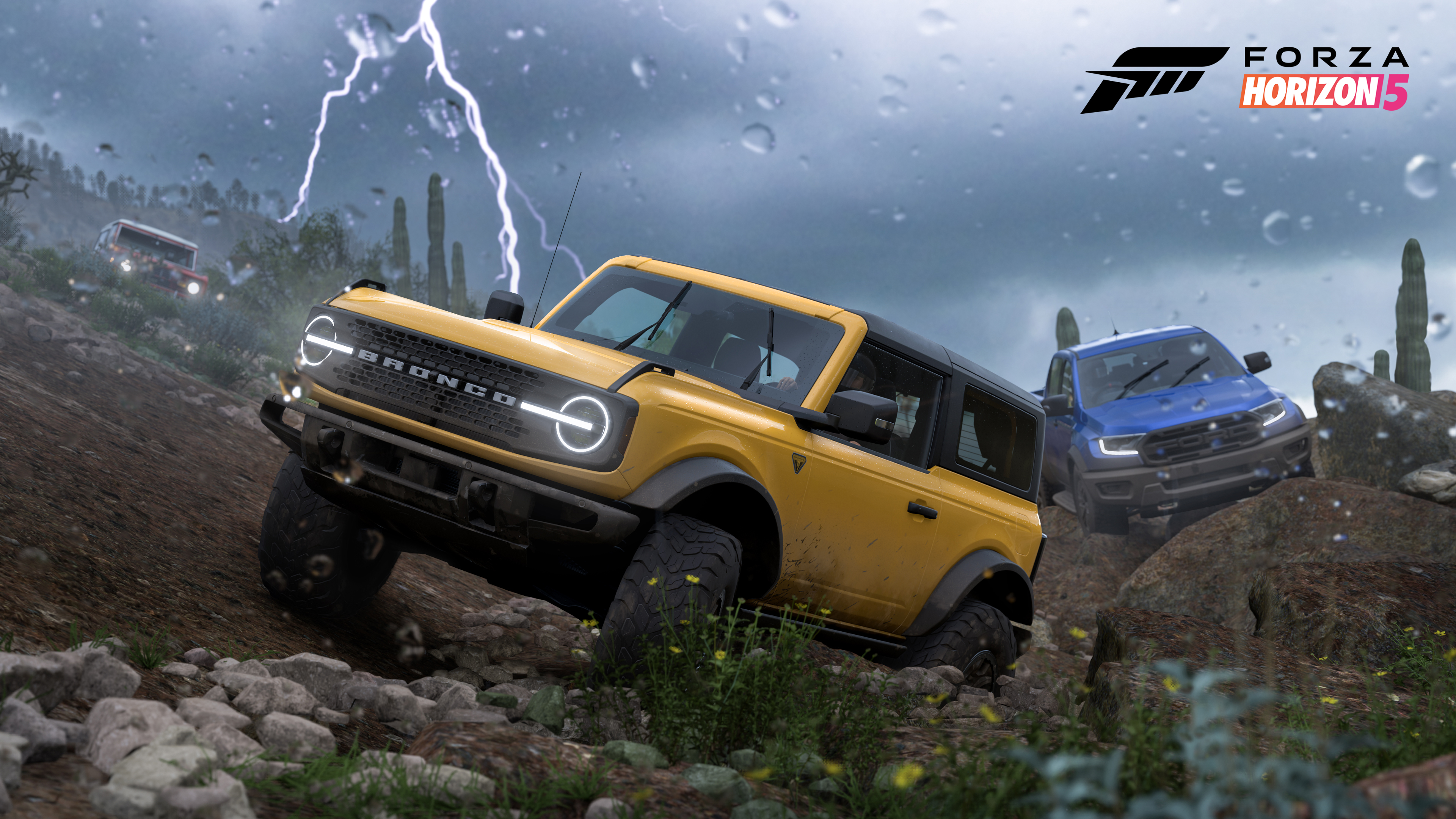 Overall Forza Horizon 5 is a fun arcade racing game that anyone can enjoy, I myself enjoyed it quite well, but eventually grew bored with the progression system constantly dealing out rewards that never truly felt earned. The graphical fidelity is by far the most impressive of any racing game to date and the music will have fans of all genres enthralled. While fun, the one thing that Forza Horizon 5 makes me truly yearn for, is the next Need for Speed game.