Tails of Iron has been a massive success and today players can download the new DLC Bloody Whiskers that adds more challenging fights. 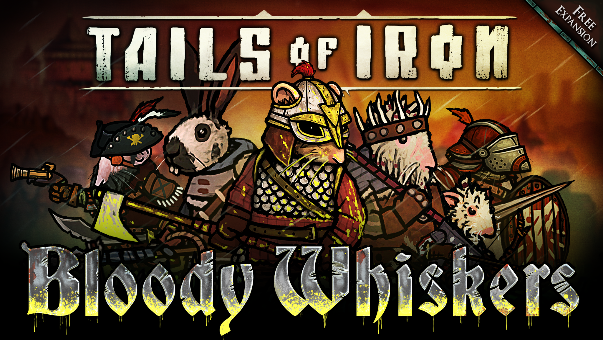 o   “Bloody Whiskers” – Hard Mode (not for the faint of whisker)

Tails of Iron is now available for PC, Switch, Xbox One, Xbox Series, PS4, and PS5.