Owlchemy, the developer of such VR titles as Job Simulator and Vacation Simulator, announced their newest VR experience, Cosmonious High. A comically, catastrophic high school in space. Take a look at their announcement trailer below.

Cosmonious High starts with the player crash-landing into their first day at an alien high school, which contains a ton of interactive characters and quirky creatures but is unfortunately plagued by mysterious malfunctions. It will be up to the player to explore  and discover what’s causing all the issues within the school.

According to Chelsea Howe, Product Director at Owlchemy Labs:

“With Cosmonious High, we’re breaking all the bounds. Players can go anywhere, interact with any character they see, and use their powers to resolve—or cause—as much chaos as they want.”

With Cosmonious High, Owlchemy has made their largest world in VR to date. The colorful, space-age setting is filled with all the familiar high school places with a cosmic/alien twist. Players can interact with everything in this world from the dynamic characters to a plethora of class activities. This will help them to unlock new powers. 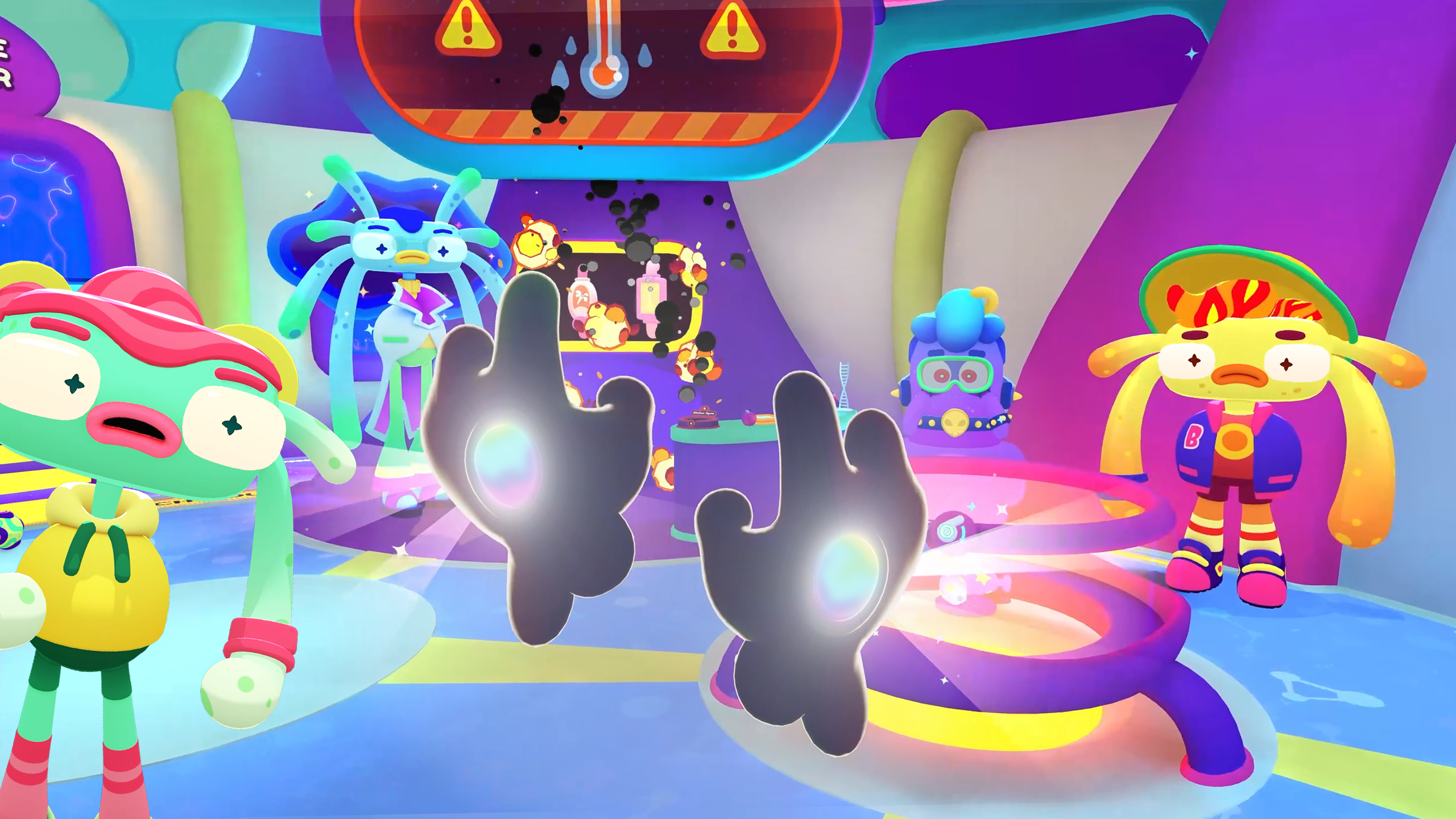 “We always pride ourselves in creating experiences that players can immerse themselves in while also injecting our own brand of humor and style. I believe we are doing just that with Cosmonious High; its world will feel familiar to our long-time fans and welcome new players.”

“Cosmonious High encapsulates our core pillars of interaction, inclusivity, and accessibility. We continue to push the boundaries of VR and we cannot be more excited to launch our first new IP in five years,” added Devin Reimer, CEO (Chief Executive Owl) of Owlchemy Labs.

Players can expect all kinds of hilarity and activities in Cosmonious High. They can interact with many of the characters and the scenery. You’ll also unlock a bunch of cool alien powers including ice, water, telekinesis, wind/tornado, and much more. The entire school is one big interactive playground. However, it’s still  school so don’t miss your classes.

More information about Cosmonious High, including the cast of characters and alien powers, will be revealed in the coming months on the Owlchemy website.

Cosmonious High will launch on Oculus Quest and SteamVR headsets in Spring 2022.