Author’s Note: Beware – there are spoilers here. I tried to keep them mild.

Gone is the episodic formula that was great at building suspense but criticized for the long periods between releases. Instead, True Colors was released as one whole package but was still split up into chapters, so one could take a break and decompress if necessary. (And boy, was it essential sometimes.)

True Colors is the best-looking Life is Strange game to date. Haven Springs looks like it came straight off a postcard, and I’m sure Deck Nine jumped at the chance to make a game set in Colorado (The studio is in Colorado).

The most significant advancement is in animations, especially facial animations. True Colors was built Unreal 4 versus Unity, which Before the Storm was built in. The studio also did full motion and facial capture, a first in the series.

I played on an Xbox Series X, and the game ran beautifully. I was surprised to see loading screens that would take as long as they did sometimes, but they were very similar to what it would be on an Xbox One X, I’d assume. The only place I did have any issues was sometimes selecting things with my controller; it felt like you had to be in the exact right spot to be able to interact with a given object. This wasn’t a huge deal to me, however, and it’s something I’m assuming Deck Nine has already fixed with their speedy updates.

Can I go live in Haven Springs?

Alex Chen quickly became my favorite character in the Life is Strange universe. It’s not often video game characters come through (and have been traumatized by) the foster system, but Deck Nine takes great care in that regard. You can feel the excitement and nervousness coming from her when she meets up with Gabe for the first time in years since they were separated, and you can feel the same from him.

Haven Springs takes center stage next; Gabe wants you to get to know everyone in the tiny Colorado town. I always thought the train sequence in Before the Storm (with Rachel and Chloe are listening to music) was one of the most picturesque sequences in the Life is Strange lexicon, but Haven Springs is breathtaking.

It’s clear Gabe is excited you’re here and wants you to feel at home as much as he does in Haven Springs as he takes you around town to meet the locals. They’re a colorful bunch, from Riley, the aspiring college student, to her grandmother Eleanor who runs the local flower shop, to local hero Jed who runs the bar, to Charlotte, who runs a dispensary in Haven Springs and is mother to Ethan, and Gabe’s girlfriend.

I just want to note – this is Erika Mori’s first role in a video game. She did such a great job bringing Alex to life that I hope she gets some love when it’s time for The Game Awards later this year. There wasn’t a weak link in the voice cast, but as the lead character in the game, she did an incredible job of making me feel Alex’s story. 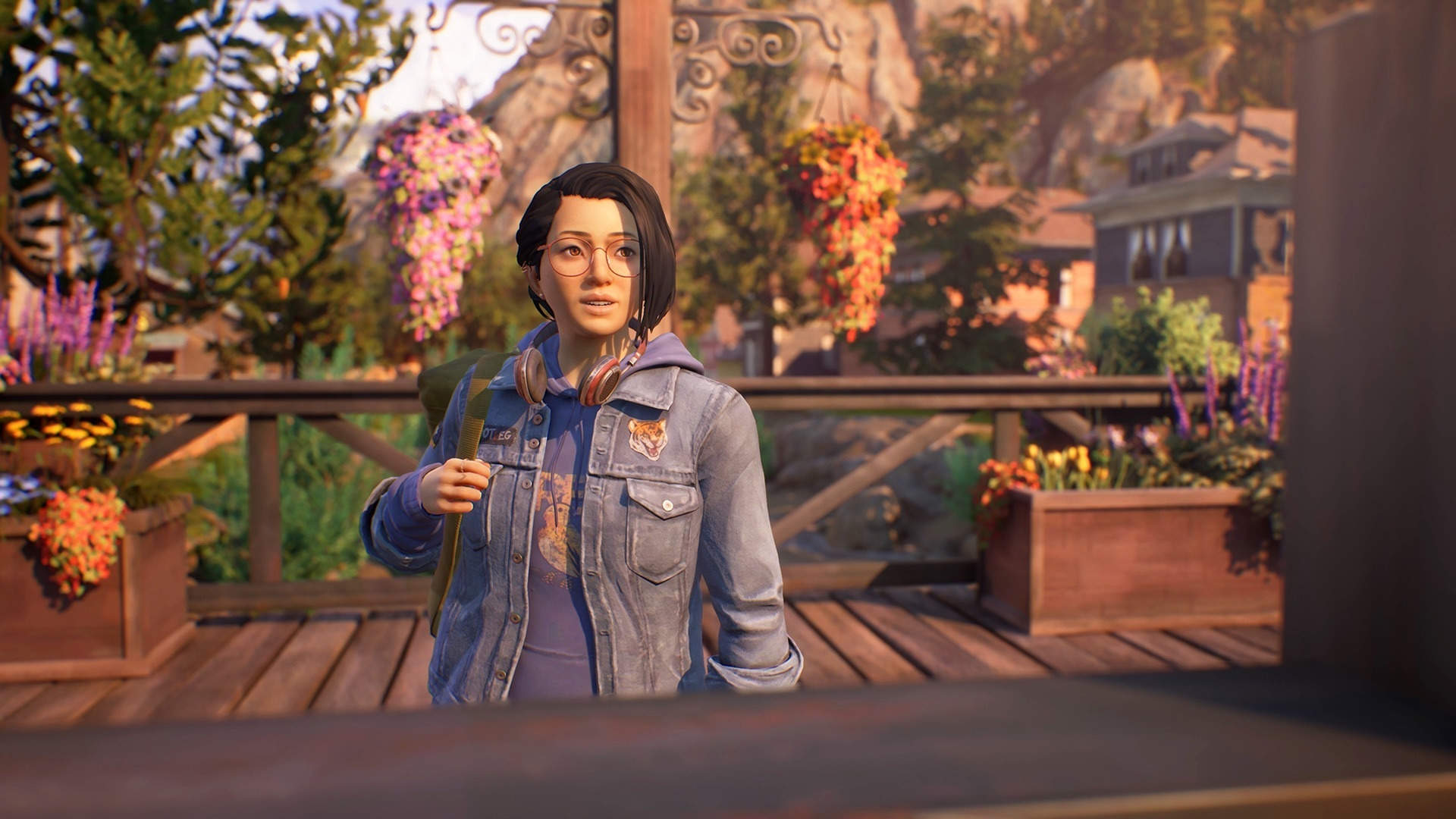 We get our first taste of what it’s like to be Alex early in the game. Her brother leaves for a moment to drop flowers off for his girlfriend, and you head into the nearby record store to pick up a gift for him. It’s here you meet both your potential love interests; Park Ranger Ryan or DJ/general badass Steph (from Life is Strange: Before the Storm). There are some cute moments with each here, but I’ll admit I came in knowing I would woo Steph on my first go.

At the end of your time at the record store, Steph comes flying out of the booth on her cell phone and is recognizably angry at the person on the other side. To Alex, she’s also flaming red. It’s a strong enough emotion that Alex finds herself mirroring Steph’s frustrated fidgeting of her foot. This sets you up for later when you’re at Gabe’s place, and someone comes visiting who’s not a fan of him. His anger is so white-hot that his rage infects Alex when he starts beating Gabe up, and it takes over her. She fights off the person assaulting Gabe but lands a punch on her brother in the process as he’s trying to calm her down. It’s a vivid look at the dark side of her ability.

Alex needs to face explosive feelings near the end of her first day in Haven Springs again, as she, Gabe, and Ryan search for Ethan, who’s headed up in the mountains. Here, though, Alex embraces feeling Ethan’s fear, and it’s successful; Alex saves the young boy and avoids tragedy.

It’s not for long, though, as Chapter One ends with Gabe’s sudden death. 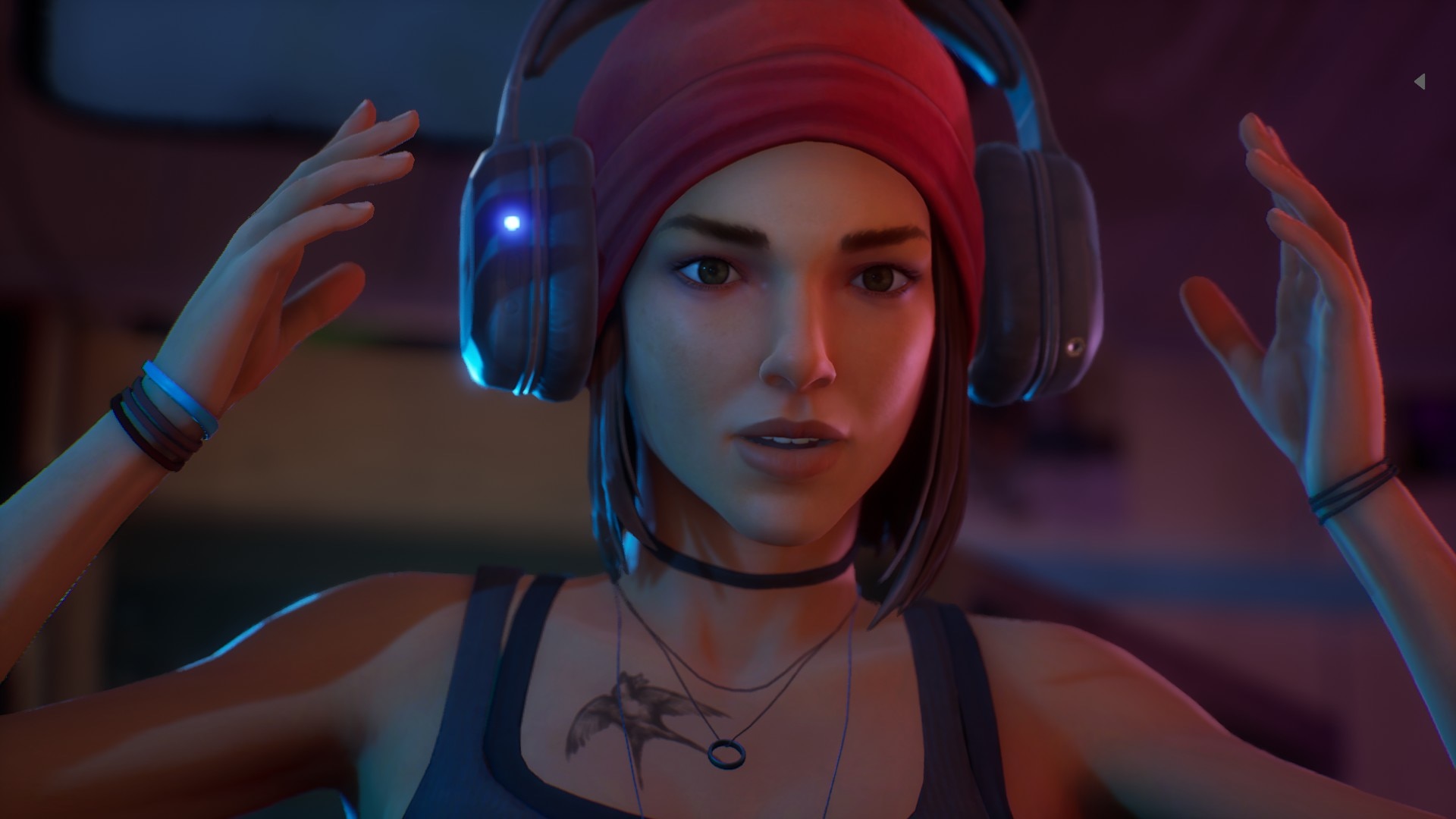 Falling for Steph was one of my favorite character developments for Alex.

Over the following four chapters of True Colors, Deck Nine imbues the game with a lot of love and a lot of heart. Even in the face of Gabe’s death at the end of Chapter One, there’s still light. The town seemed to grieve together, which, being from a small town, I understood.

We were able to see what else Alex’s powers could do in the aftermath. She used her abilities to help those around her deal with Gabe’s death, including Steph and Ryan, his best friends. Then there was Eleanor, who, suffering from what seemed to be something like Alzheimer’s, completely forgot that Gabe died. Alex had to choose whether she reminded her of what happened or to leave her alone. (TEARS.)

When Alex meets up with Charlotte again is when things get real. Charlotte is a mess of emotion; sad, angry, and feels guilty, and she’s feeling all those things simultaneously. She’s sad Gabe died. She’s angry Gabe died. She’s angry that inadvertently, her son caused his death. She feels guilty about feeling that way. Feelings are messy, and they hurt, and Deck Nine did not pull any punches here. The Life is Strange series as a whole hasn’t been shy about mental health issues, and I’m grateful that didn’t change here.

There’s a beautiful sequence in Chapter 3 of True Colors where the town bands together to lift Ethan’s spirits with a LARP; that was one of my favorite things ever. (I don’t want to say more than that.) Playing through it was an absolute joy. (Until the very end, but Deck Nine is good at pulling the heartstrings like that. For example, the bonus episode of Before the Storm. MORE TEARS.) 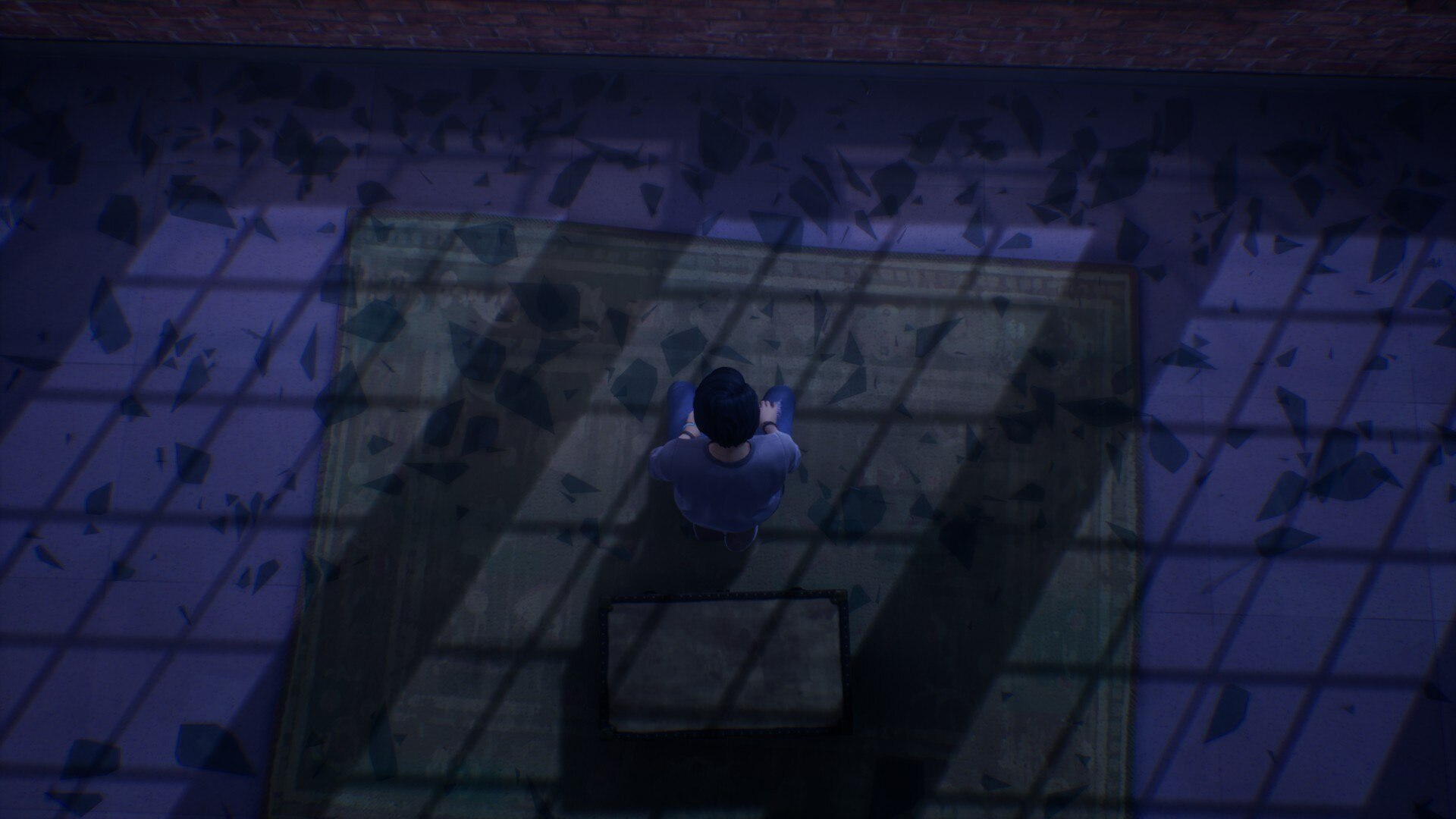 This sequence nearly broke me.

The main story sets itself into motion quickly and goes in a way I didn’t see coming. In my opinion, that just goes to how strong of a world and characters that Deck Nine created for the game. But then again, in real life, we don’t know what people are hiding.

When Chapter Five rolled, Alex had every right to give up. Her only family was dead. Her quest to find out what happened to him hit a dead end in the form of someone in law enforcement. Someone she trusted betrayed and tried to kill her. How much can one person take? Chapter Five takes Alex through some of the worst parts of her life again to build her back up and make her realize that life is worth it, even without Gabe.

In the end, that’s what True Colors was about, in my opinion. Finding home, embracing feelings, and not giving up.

Life is Strange: True Colors Review - A Little Slice of Haven
Life is Strange: True Colors is a game that couldn’t come along at a better time. Deck Nine has undeniably grown as a studio since Life is Strange: Before the Storm, and I can’t help but feel like they should be the new caretakers of this series. Alex Chen’s journey of finding a home and dealing with her emotions in the face of grief is one that nearly all of us can relate to. True Colors is a near-perfect package wrapped up with great characters, intense moments, and even better music.
Graphics10
Sound10
Replay Value10
Playability9
The Good
The Bad
9.8Overall Score
Reader Rating: (2 Votes)
9.6