September 26th is a special day for fans of The Last of Us. In the first game, you discover that September 26th was when the cordyceps fungus hit critical mass, known as Outbreak Day. Since the game released in 2013, Sony and Naughty Dog have used the opportunity to highlight the community, release unique content, limited merchandise, and more.

Last year, with the COVID-19 pandemic raging worldwide, Naughty Dog retired the Outbreak Day banner in favor of calling it The Last of Us Day. 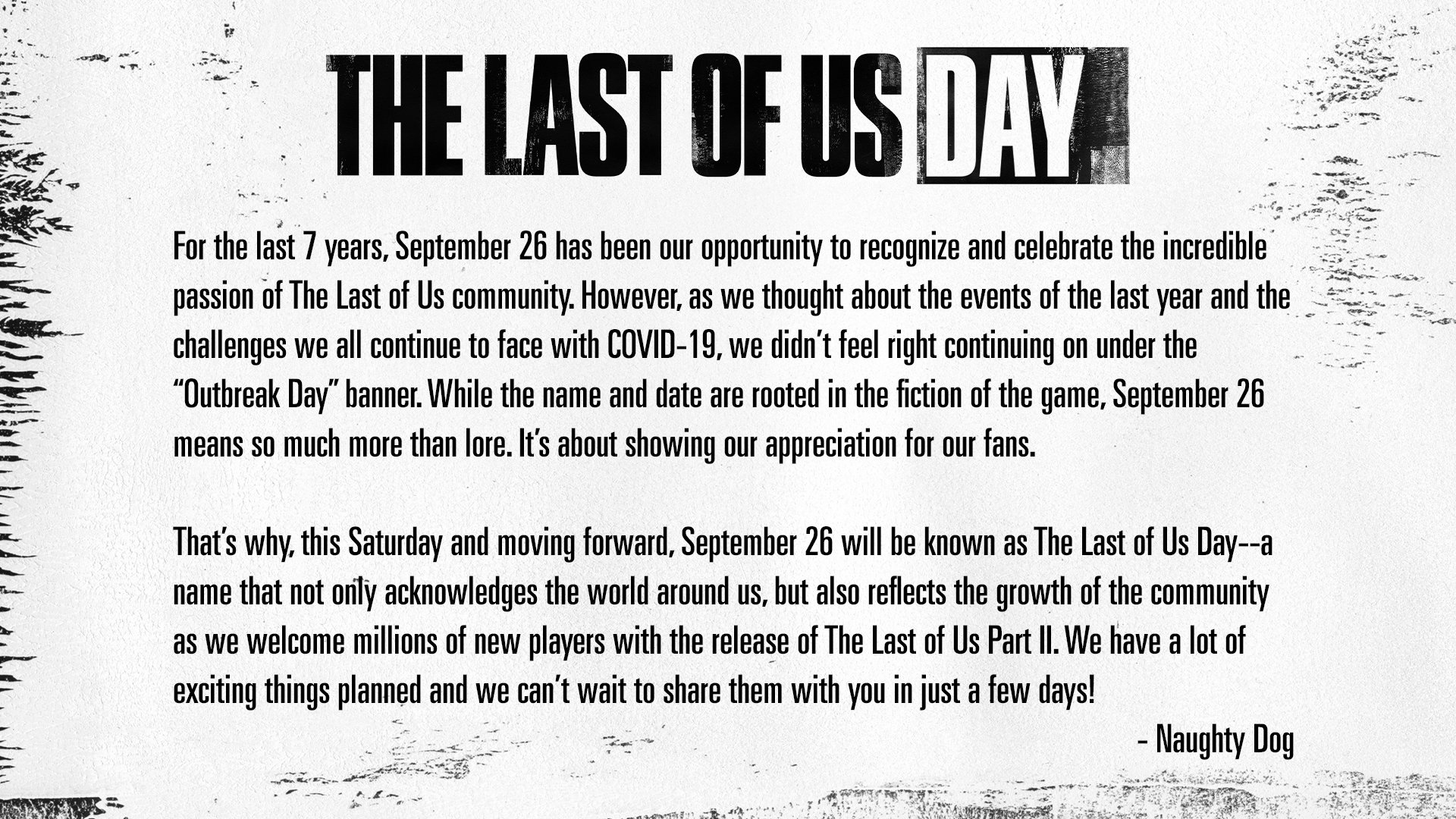 Sony got the ball rolling early this year, releasing some new merchandise on the PlayStation Gear website, ranging from flannel shirts to guitar picks. Fans of the game from overseas will have the chance to pre-order the two limited-edition guitars available for North America last year.

In addition to the new merchandise, brand-new content will be revealed on Sunday. You’ll want to make sure to bookmark this page, so you don’t miss it.

Will we get another “alternate” ending? One could only hope, but it’s more than likely we’ll perhaps see some behind-the-scenes items from HBO’s upcoming The Last of Us series or an update on the long-rumored Factions multiplayer mode coming to The Last of Us Part II.