Pathfinder: Wrath of the Righteous, by Wildcat Games, lands this week on PC. It will come out for console as well but that’s a little ways away, but it’s nice to see that games that would once be PC-only fare are getting excellent translations to console. Check out the launch trailer below.

Wrath of the Righteous as a CRPG gives you one major option, whereas many other genre titles are locked into one school of thought. Yes, you can choose to play with either real-time with pause or pure turn-based.

This gives players the freedom to pick a playset that works for them, whether they want to channel the classic Black Isle vibes or simply work within pure turn windows. You aren’t locked into that choice either. Pathfinder lets you switch between these game modes as you wish in-game, so you can experiment and find the one that works for you. 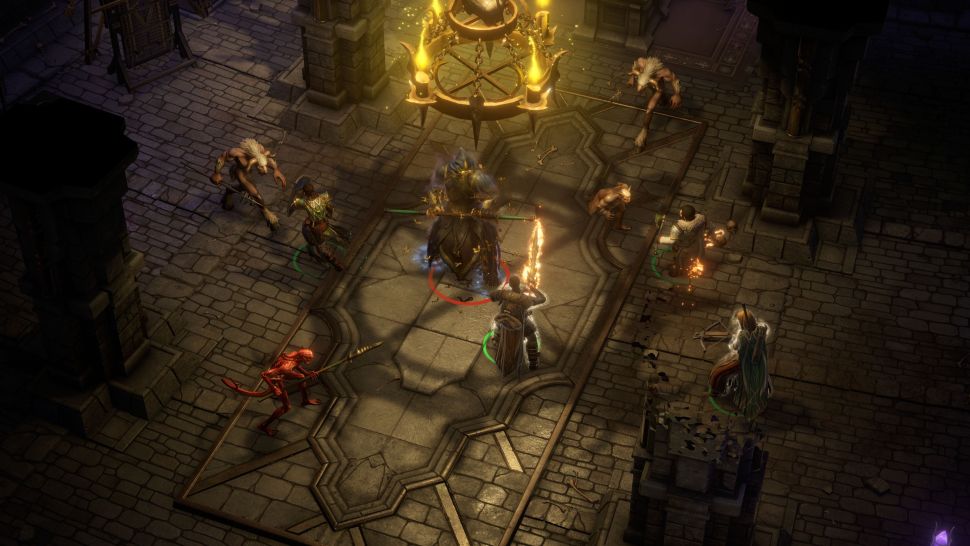 Wrath of the Righteous also features nine Mythic Paths to explore, this allows players to obtain godlike abilities and powers far beyond the scope of normal CRPGs. Players will be able to choose from 25 classes, 12 character races, and more than a thousand spells, feats, and abilities to suit your personal playstyle.  Forget casting a big fire spell; we’re talking about controlling and altering the flow of time, becoming an actual Dragon, Lich, Angel, or an Insatiable Swarm.

Pathfinder: Wrath of the Righteous is scheduled to hit PC on September 2nd 2021, and PlayStation 4 and Xbox One on March 1, 2022.

Will you be Playing Pathfinder: Wrath of the Righteous? Tell us in the comments below.