Since its reveal, Ubisoft has done more to not talk about Skull and Bones than speak about the game. Those familiar with these types of tactics already knew the game’s development was in trouble, especially after multiple delays. According to a report on Kotaku, that’s exactly what happened. With Skull and Bones suffering from a horrible development cycle. 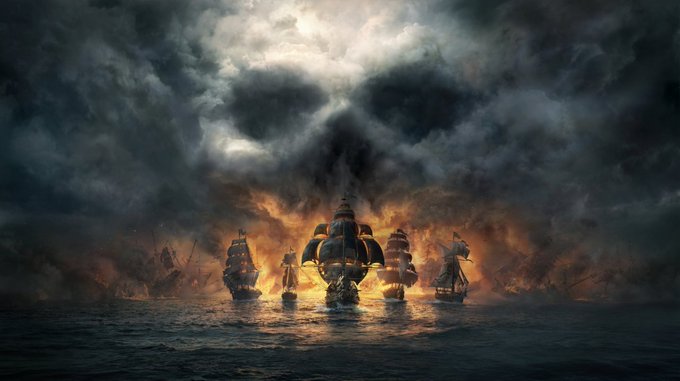 Ethan Gach spoke to several Ubisoft employees about Skull & Bones’ development and the results are not good. The sources explained that launching the game for February 2022 was hopeful. This was after the game was delayed multiple times before going completely dark.

“No one believed February 2022 [for launch], but you always hope,” one current developer told Kotaku following the latest delay, announced during Ubisoft’s May investor’s call.

According to the sources Skull and Bones suffered from a lack of direction, managers vying for power, and multiple refreshers. With the core design not even settled on and the project costing around $120 million. The logical step would be to cancel such as difficult to manage the project and too much has been sunk into the game. With an employee comparing it to Anthem.

Ubisoft developers receive project-based bonuses based on how well their games do. Those attached to big, nearly annual franchises like Assassin’s Creed are often assured healthy payouts. But Skull & Bones was so in the hole, sources told Kotaku, that the project had to undergo a financial write-off internally for its developers to still have a shot at any sort of payout.

“No one wants to admit they fucked up,” said one developer. “It’s too big to fail, just like the banks in the U.S.”

“If Skull & Bones were at a competitor it would have been killed 10 times already,” said one former developer.

It just gets better as Ubisoft has taken subsidies with the Singapore government and must release the game.

But three sources also told Kotaku that a deal with the Singapore government requires it. In addition to hiring a certain number of people at its Singapore studio in exchange for generous subsidies, they said, Ubisoft Singapore must also launch original brand new IPs in the next few years.

Currently, Skull and Bones has no release window. If the report is true then Ubisoft is looking at another problematic release. Given the company’s current image after reports of sexual harassment and multiple problematic releases, Ubisoft will need to pull a huge 180.