With the upcoming release of NieR Re[in]carnation a new crossover event was announced. With NieR: Automata joining the game at launch. 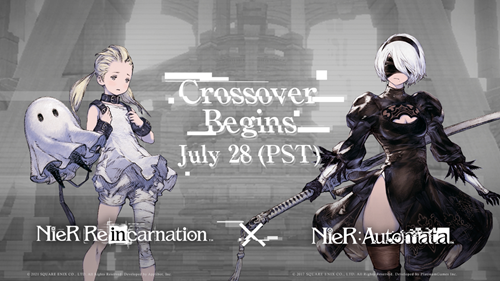 The crossover event will add the protagonists 9S and 2B from the popular action-adventure title. Those who pre-register will earn enough gems to summon 15 characters and valuable materials.

NieR Re[in]carnation is the sequel to NieR: Replicant Ver 1.22, which is now out on PS4, PS5, Xbox One, Xbox Series, and PC. Players take control of a young girl with no memories trapped in a large area called The Cage. She is guided by a voice called Mama through a series of towers and dungeons to restore what she lost and redeem herself from her past sins.

NieR Re[in]carnation will be available as a free download with in-app purchases on iOS and Android devices.