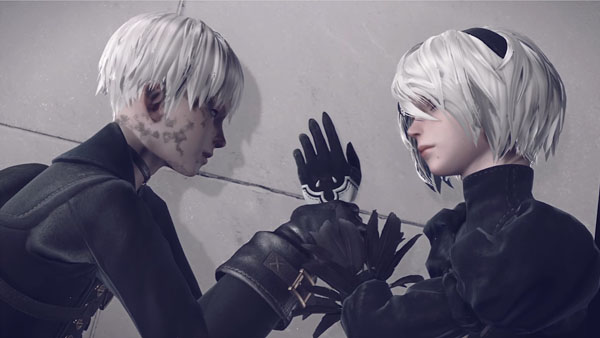 You can read the entire patch below. Recently, NieR: Automata was confirmed for the upcoming mobile title NieR: Reincarnation in a crossover event at launch.

▼ Changes made
• Borderless Video Settings
Borderless video settings have been implemented.
• Fidelity FX
A Fidelity FX CAS feature has been added.
• HDR
The system will now detect whether HDR has been activated in the Windows display settings, and automatically boot the game in HDR mode if it has.
• Anti-aliasing
Adjustments to the anti-aliasing functionality
• UI textures (4K)
Approximately 270 UI textures for icons, backdrops and UI elements etc. now support 4K resolutions.
• Cut scenes
The bit rate has been improved and all pre-rendered cut scenes adjusted, so they will now play in 60FPS and display in the correct aspect ratio without stretching the picture.
• Global illumination
A new “Global illumination” feature has been implemented. This can be set to three different levels; High, Medium or Low.
• Ambient occlusion/ bloom
The rendering targets for ambient occlusion and bloom effects have been changed to dynamic resolution based on the game’s resolution.
▼ Bug fixes
• It is now possible to switch between recently selected display modes for screenshots, such as between full screen and windowed mode or between borderless and windowed mode, by pushing the Alt + Enter keys together.
• The mouse cursor is no longer displayed when using a game pad controller.
• The frame rate has been stabilized at 60FPS under default settings.
Other stability related fixes have also been implemented.