The Division franchise has been a major success despite a rough launch. With the sequel still having a strong player base, Ubisoft is continuing the franchise with new developments, including a mobile title, a novel, and Netflix series. 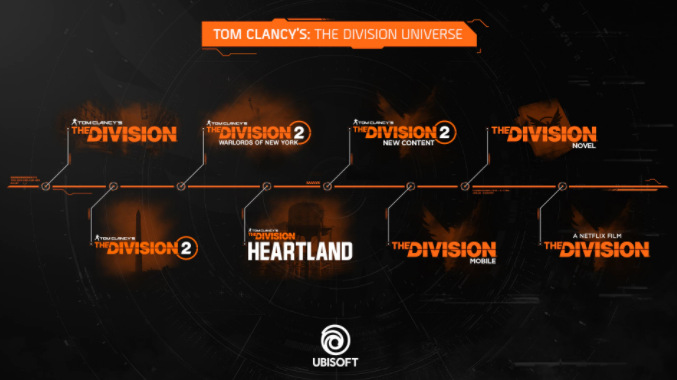 Ubisoft detailed this in a recent timeline showing off all the new projects.

As previously announced, brand new content will be coming to The Division 2, with development led by Ubisoft Massive and support from Ubisoft Bucharest. While it’s still too early to discuss any specific details, this update will include an entirely new game mode for The Division franchise and new methods for levelling your agents with an emphasis on increasing build variety and viability. We look forward to revealing more later this year ahead of this content’s late 2021 release.

The Division 2 is now available for Xbox One, PS4, and PC.