My, how time flies. 20 years ago this November 15th, Microsoft entered the console space with the first Xbox. It would revolutionize industry standards like having an internal hard drive (remember memory cards) and a dedicated ethernet port. With its launch came one of the most influential games of all time in HALO: Combat Evolved.

All of us at GAW grew up with Xbox and HALO in or around our lives, so we gathered together to reminisce about the last two decades and share our favorite Xbox memories. Let’s jump in.

I was a junior in college when the Xbox came roaring into my life. (It was the Fall of 2007.) My husband (well, back then he was just boyfriend), and his best friend had an apartment on campus, and I spent most of my time over there. (I had a…interesting roommate of my own at the time.)

I had a PS2 at the time, which I spent hours on when I wasn’t in class. I loved playing the OG Battlefront II, Guitar Hero, and, being Minnesotan, the latest NHL game I could get my hands on.

But Adam and Zach introduced me to the wonders of Halo 3 and I was HOOKED. Everything about it. Story, graphics, characters…it was all there. The Star Wars and Star Trek fan in me HAD to get the first two games and play them.

Some of my most favorite college memories stem from the Xbox (Halo mostly), and marathon sessions with Adam, Zach, and friends from home that would come visit them. We’d order pizza or get food from the Old No. 1 (local restaurant), those of us who were 21 would pick up some beer, and we’d switch off and pass a controller around when someone would die.

Now, it’s 2021, and Halo Infinite is on the horizon. Adam, Zach, and I are still making plans to play in November, even with me in North Dakota, Adam deployed to Washington, and Zach in Minneapolis. 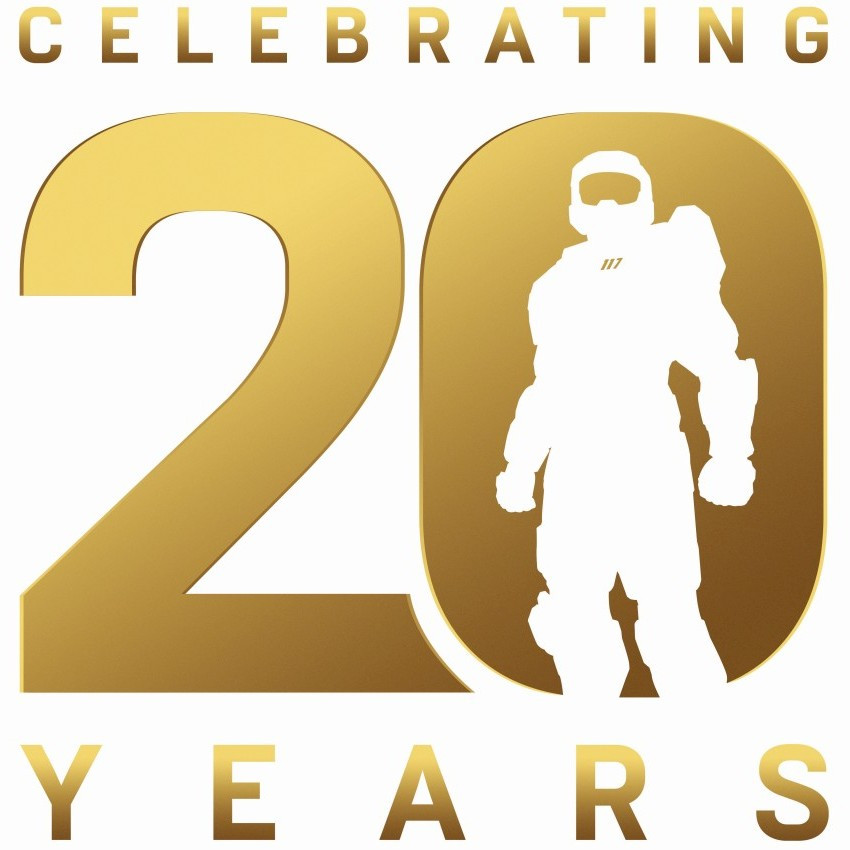 Unfortunately, I never had the original Xbox. My adventures with Microsoft started during the Xbox 360 era. I remember being over at a friend of my parents and her kid had a 360 which I had been trying to convince my parents to get for weeks. He was playing Gears of War and I was hooked from the first moment I saw him chainsaw a Locust.

I saved an entire summer to save all my money for a Xbox 360 and grabbed Halo 3 and Crackdown the day I got it. About a month later I grabbed Gears of War and have played it no less than nine times since. It has built my strongest friendships and has been a staple in my life. I played the entire series with my mother just after Nathan (my dad) left her when I was 18. She was needing something to distract her and I have fond memories of getting home from work at 2:00 am and playing a few checkpoints with her. Sadly a few months after we finished Gears of War 3 she ended up in the hospital due to complications with aneurysms.

She was able to mostly recover from the ordeal and was excited to play Gears of War 4 when she and my sister moved into my apartment after a series of really annoying events. Even though she can’t shoot like she used to she still saws grubs in half like no other. We’re taking our time getting through Gears 5 and can’t wait to see what happens in the future of Gears.

I have incredibly fond memories from the Xbox 360 era and even though I started playing games regularly during the PS2 days I feel like the Xbox 360 really pushed gaming into my daily life. I have been hooked on getting achievements since the first one popped in Halo 3.

I still haven’t been able to get the newest Xbox but I hope once I get a stable income I can grab one and continue experiencing my favorite games on my favorite platform.

I still love my Xbox but I have so many fond memories playing Halo and all of its incarnations. Gears of War had my friends and I hooked until all hours of the night. I spent hours in Fable and its sequels wrestling with moral choices. Xbox has given me hours of entertainment. Not that Sony didn’t, because they totally did, but we are talking Xbox here. Let me regale you with my most embarrassing gaming moment of all time. Brought to you by the Xbox 360.

It’s 2007 and my friends and I get into a conversation about Halo 3. I’m not the best of my friends but I wasn’t the worst either, just sort of middle of the road. However, I stated I was actually getting better and my friend Nick says, “Dude, I can beat you with one hand.” Needless to say, I took that challenge. Within 5 minutes I had 16 kills to this joker that said he could beat me with one hand. Well, Nick figured out a way to hold his controller with one hand and his knee to point and direct. Out other friends allowed the motion so the game continued… and when I tell you I NEVER got another kill on him after that, I swear to you it is true. that game ended 30 – 16. He completely wiped the floor with me.

Anyway, Xbox gave me some of my favorite social gaming moments and they continue to do so. Hats off Xbox! 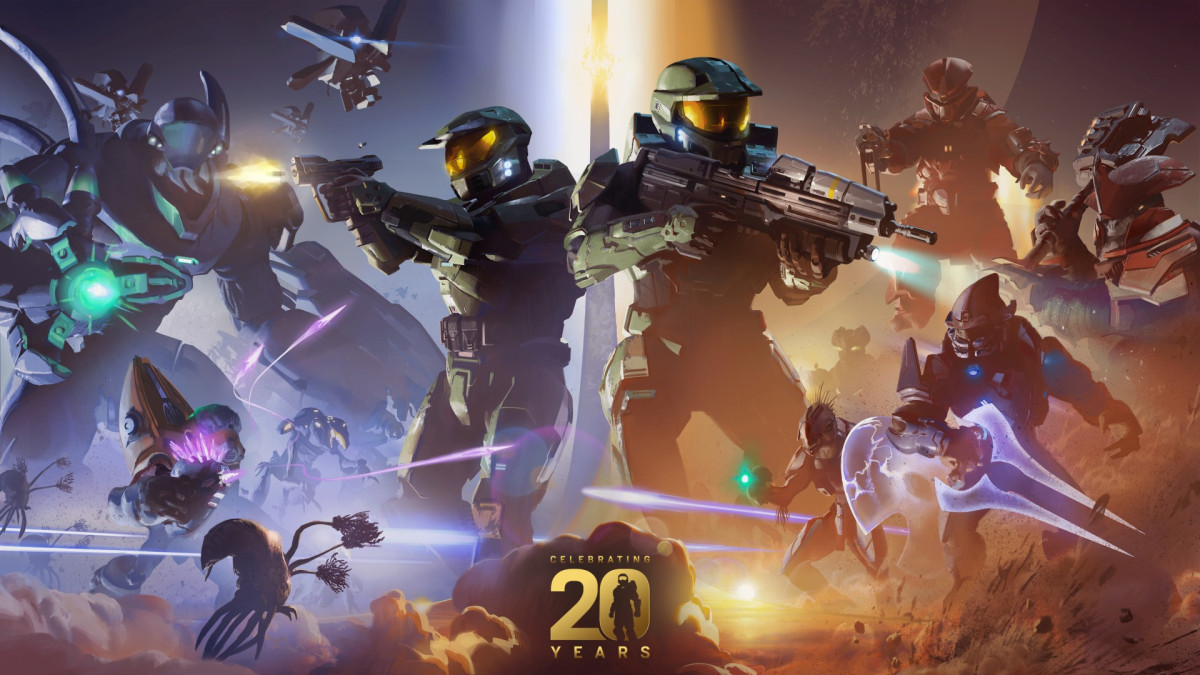 I grew up a Playstation kid, well, a Sega kid first, then a Playstation kid. But, all of my consoles were hand-me-downs from relatives when they upgraded, so I was left a little behind most when the new hotness came out. Enter 2003/2004, I had heard of HALO and seen it at GameStop, but never got a chance to really dive in until my high school auto-tech program went on a trip. Four of my classmates brought their Xboxes and four controllers each. We had a LAN hub in the hotel splitting between four rooms where we played 16 players CTF on Blood Gulch every night for hours. It was awesome.

Fast forward to 2009. I had been in college and pretty much away from video games (outside of some dope flash games on Kongregate, rip, and…Spore…) for the last 3 years. One of my best friends back home had been talking up saying I should get an Xbox 360 and we could play together. So I went down to the pawnshop, bought a second-hand first-generation 360 and Fallout 3 and the rest is history. The moment I stepped out of Vault 101 brought me back so hard into the videogame sphere that I will never, ever leave.

Today, I have been an Xbox live subscriber for over 10 years. I live and breathe the achievement system (I have over 300k gamerscore at the time of writing, nbd). I was fortunate enough to snag an Xbox Series X earlier this year, and it is still my preferred gaming experience. Onward, to 400k gamerscore, and the years to come Xbox!