Dying Light 2 has been in the dark since the game’s release date was left in the air. Now Techland has a special live stream set for May 27th. 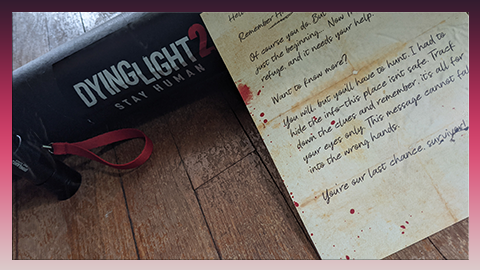 Special press kits did go out providing some hints of what players can expect. With a large poster of the city, a blacklight, and a letter. So perhaps we can expect more links between the first and second games.

Dying Light 2 takes place 15 years after the events of the first game. Newcomer Aiden Caldwell is an infected survivor trying to stay alive during the second dark age, with technology being worn out due to the collapse of the world.

Dying Light 2 is in development for PS4, PS5, Xbox Series, Xbox One, and PC. Dying Light is now available for Xbox One, PS4, and PC.