After rumors of a Sony video pass for PlayStation, the service has surfaced. With testing being conducted in Poland for the service. 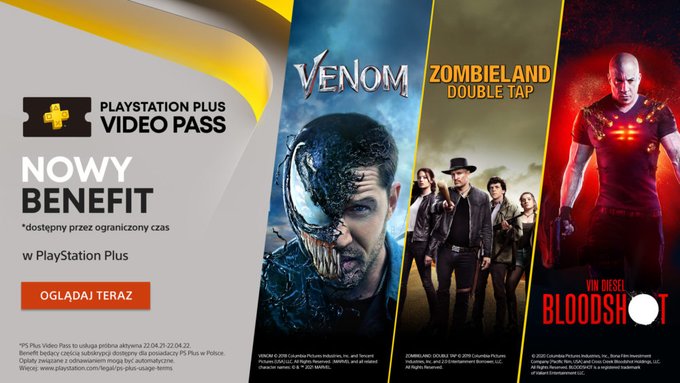 As reported by VGC, the service will grant PS Plus subscribers access to over 20 Sony Pictures movies every 3 months. The service is being tested in Poland as of now.

This is a great idea as Sony does not have a service to compete with Xbox Ultimate Pass. PS Plus did surpass Microsoft’s Xbox Live Gold when it launched with incredible free games and continues to do so. However, in terms of value Ultimate Pass provides much more with PC, mobile, Xbox, and cloud gaming options. Along with access to all Xbox-published games on day 1.

This would also help Sony’s image wish has been poor lately. Despite the reversal of taking the PS3 and PS Vita digital stores offline, PSP is still going offline, more issues have arisen. Such as the PS4’s battery being linked to the system’s playability. Long story short, if your PS4 battery dies and Sony takes off the PS4 online service you can no longer play your console as physical and digital games will be unplayable despite fixing the battery.