With 2020 now behind us, some of us are experiencing the devil’s precipitation (and many for the first time), I am of course talking about snow. I thought it would be a fantastic time to look back and re-discover some of the greatest snow levels in games. To my surprise, the number of games that offer some sort of wintry stage was vaster than I remembered, so it took a lot of consideration in picking the top five icy levels.

As players begin at the peak of Cool, Cool Mountain, they inevitably must use one of the various slides located in the level. Sliding down the mountain is by far one of the most fun aspects of the game. As the player slides, they will twist and turn, collecting coins as well as trying not to fall off. The sliding mechanic gave Mario a sense of speed he lacks when compared to his blue hedgehog rival. 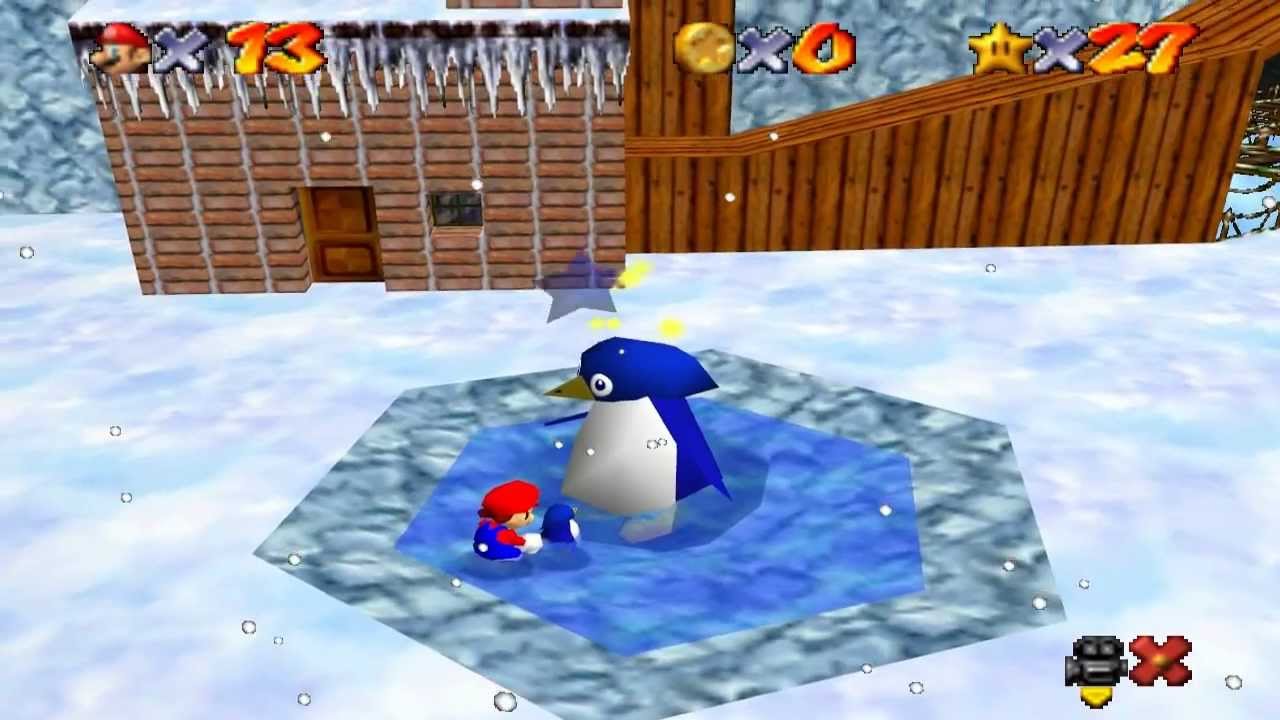 It’s somewhat surprising that a game of extreme destruction derby would have a wintry level. In Twisted Metal 2, players get to play in a variety of maps from all over the world. While each level offers some fun, interesting gameplay elements and artistic styles, the Antarctica battleground has a unique feature that amazed and surprised players.

The battle zone of Antarctica takes place on a giant floating glacier just off the coast of the mainland continent. It is surprisingly vast in its size but very flat except for an ice bridge in the center of the map. There is a teleporter that can be used to transfer players to another small island glacier to restock special weapons.

The most unique aspect of Antarctica is as the battle rages, parts of the glacier break and sink into the frozen ocean below. This gameplay mechanic is exciting as it causes the map to shrink at an exponential level, which forces players to swiftly contemplate a strategy to win before the entirety of the map is gone. 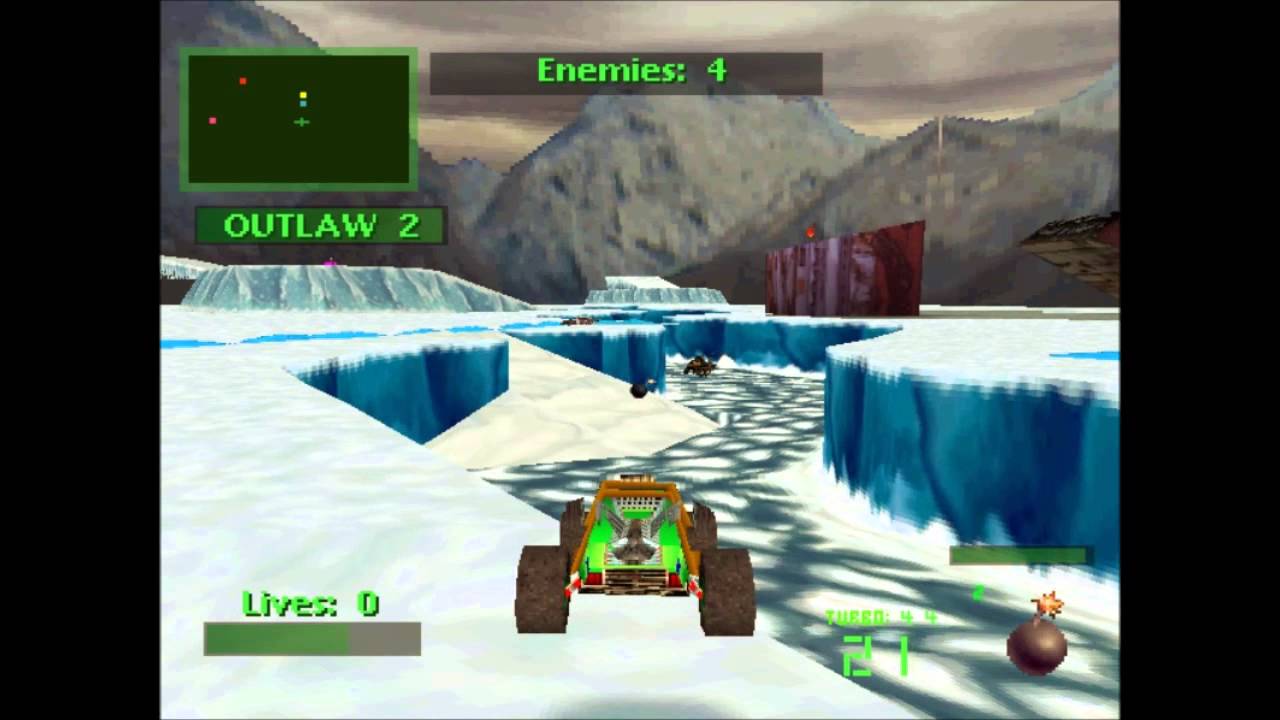 Ice Cap Zone is the fifth level of Sonic the Hedgehog 3 split into two acts. Act 1 begins with Sonic sliding down a snow-covered mountain on a snowboard. After the fun little intro, the level switches to players guiding Sonic through some stunning ice caverns. Act 2 takes place on the surface above the ice caverns. While both acts offer stunning scenery and gameplay, the sound design really makes Ice Cap zone stand out.

Ice Cap zone has some of the best music in a Sonic the Hedgehog game. The iconic beat mix has a steady beat, plucky bass, and captivating rhythm. All the individual elements of the music are held together with a unique synth effect that is memorable due to it giving the impression of tapping and shattering the ice. The wintry composition mixed with the amazing art direction are compelling incentives for Ice Cap Zone being one of the top snow levels in games. 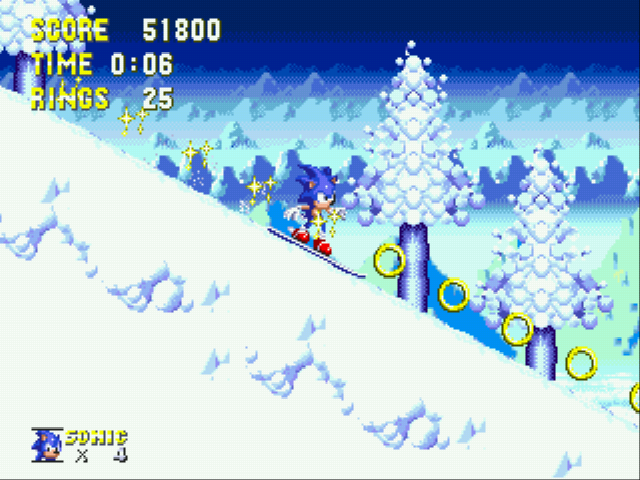 Snowy Mountain is a high-altitude mountain that the protagonists, Jak and Daxter, must traverse in order to unlock an eco-vent in order to get to the final citadel of the game. There is an avalanche zone that constantly spawns large snow boulders that Jak must maneuver. Snowy Mountain also consists of frozen cliffs, a frozen lake, several ice bridges, an ice cave and an old military fort, overrun with enemies.

Sliding around on the frozen lake is fun and challenging as enemies attack, though the real fun in the level, is the enemy-occupied fort. After finding the hidden mechanism to open the main gate, players have the opportunity to, single-handily, boot the enemies out and take the fort for themselves. The fort has a decent amount of verticality, that enemies use to their advantage, which offers an exciting confrontation in the icy garrison. 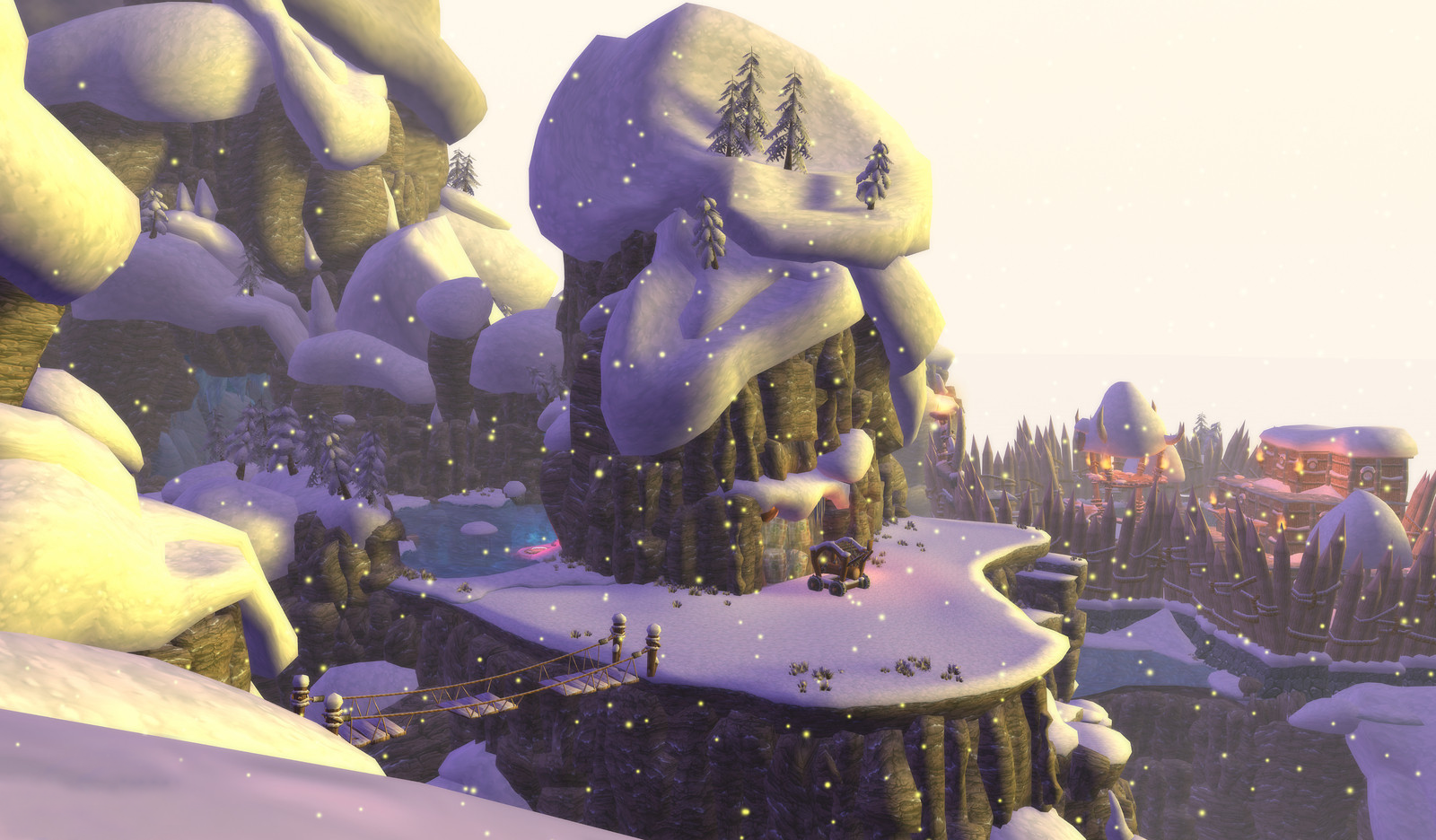 Emprise du Lion is a medium size map that players gain access to and can traverse about mid-way through the game. Emprise du Lion has the holiday theme going for it as the glistening snow-covered tundra is contrasted with the giant shards of red lyrium protruding from the ground and surrounding structures. The overall art style of the map is a significant reason for choosing Emprise du Lion as the pinnacle of snowy design, though enticing gameplay elements propel the highlands to eminence.

Emprise du Lion is the greatest snow level in gaming to date as it the best place in Dragon Age Inquisition to obtain fade-touched Silverite (on a hit of an enemy, gain 5 guard) and Fade-Touched Plush Fustian Velvet (10% chance to use Hidden Blades on a hit, with 5 added hits). By obtaining and incorporating Silverite and velvet with Masterwork (highest grade armor and weapons) players can create an unstoppable Inquisition that takes down even the strongest of foes in record time. It is surprisingly fun to take out the legendary high dragon, located in the Emprise du Lion highlands, in literally a matter of seconds. 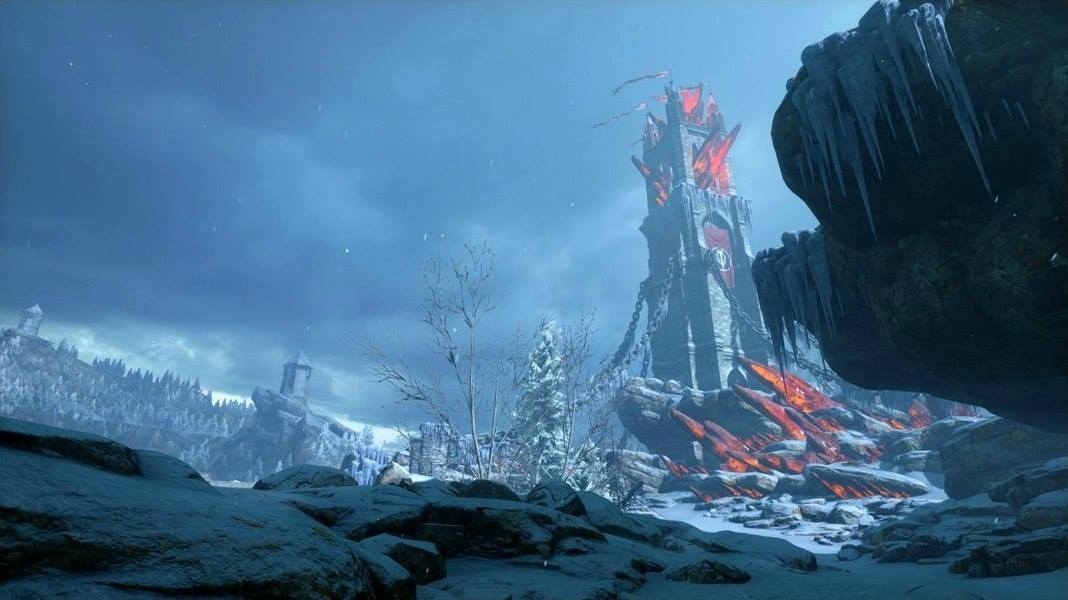 Snowy levels have become very prominent over the generations of games, that some games, such as Rise of the Tomb Raider, Until Dawn, and Skyrim (mostly) take place exclusively in snowy mountainous terrain. As technology progress and graphics processing power increases, I am excited to see how the future of snow in games evolves.

Developers will be able to create more realistic, physics-based snow effects and terrain that will only help games to be more fun and add gameplay mechanics we haven’t been able to fathom.

What were some of your favorite snow level in games? Tell us in the comment section below!