Today we’re celebrating International Women’s Day, where the theme is to challenge and call out gender bias and inequality, seek out and celebrate women’s achievements and collectively work towards creating a more inclusive world.

We all have amazing, influential women within our lives that we look up to, women who empower us to be better human beings and encourage us throughout our lives. We also have incredible female characters in video-games that have had a transformative impact on both the medium of video-games and our lives.

There are a lot of incredible female characters, but I’ve picked 8 of my absolute favorite that has had a lasting impact on me as a gamer, and a human being. 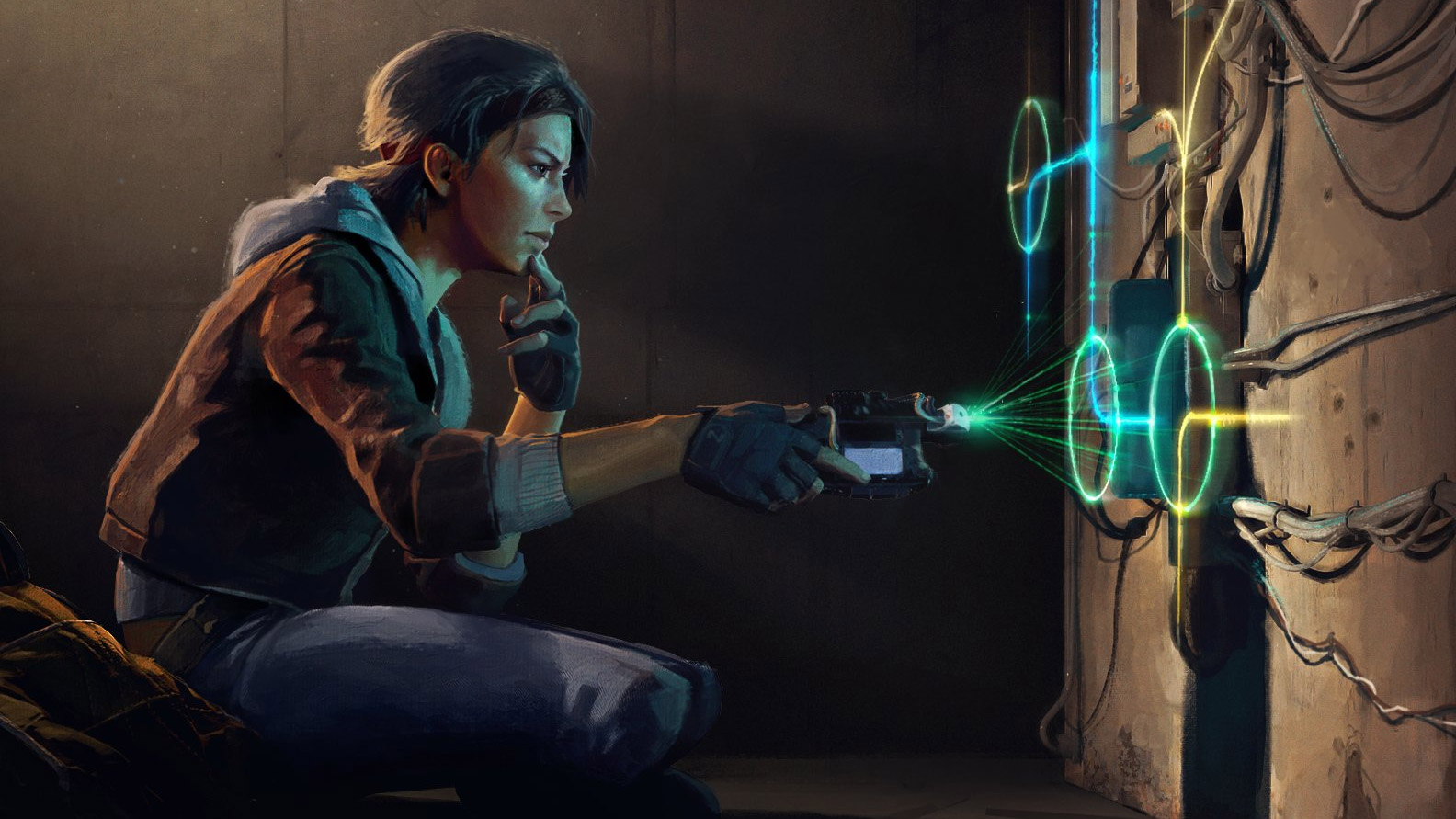 When Half-Life 2 launched 2004, the series introduced Alyx Vance, the daughter of Black Mesa scientist Eli Vance who aids you on your mission against the combine with her partner dog, a giant robot. While you ran around in the shoes of Gordan Freeman, Alyx made sure you were well equipped and supported throughout. Nearly 16 years later, Valve released Half-Life: Alyx, a full-stand alone virtual reality title where you play Alyx Vance herself in the days before the events of Half Life 2.

I reviewed it last year calling it “the greatest virtual reality game ever made and one of the best games of the year” and still standby that, and a lot of that has to do with how incredible Alyx is as a character. Equipped with your trust gravity gloves, Alyx sets off on a harrowing adventure through City 17, getting involved in situations that would even make Gordan Freeman sweat a little. But throughout the journey, Alyx showed her strength, intelligence, and resolve as she proved that she is more than capable of taking the combine on which resulted in a truly chilling ending. 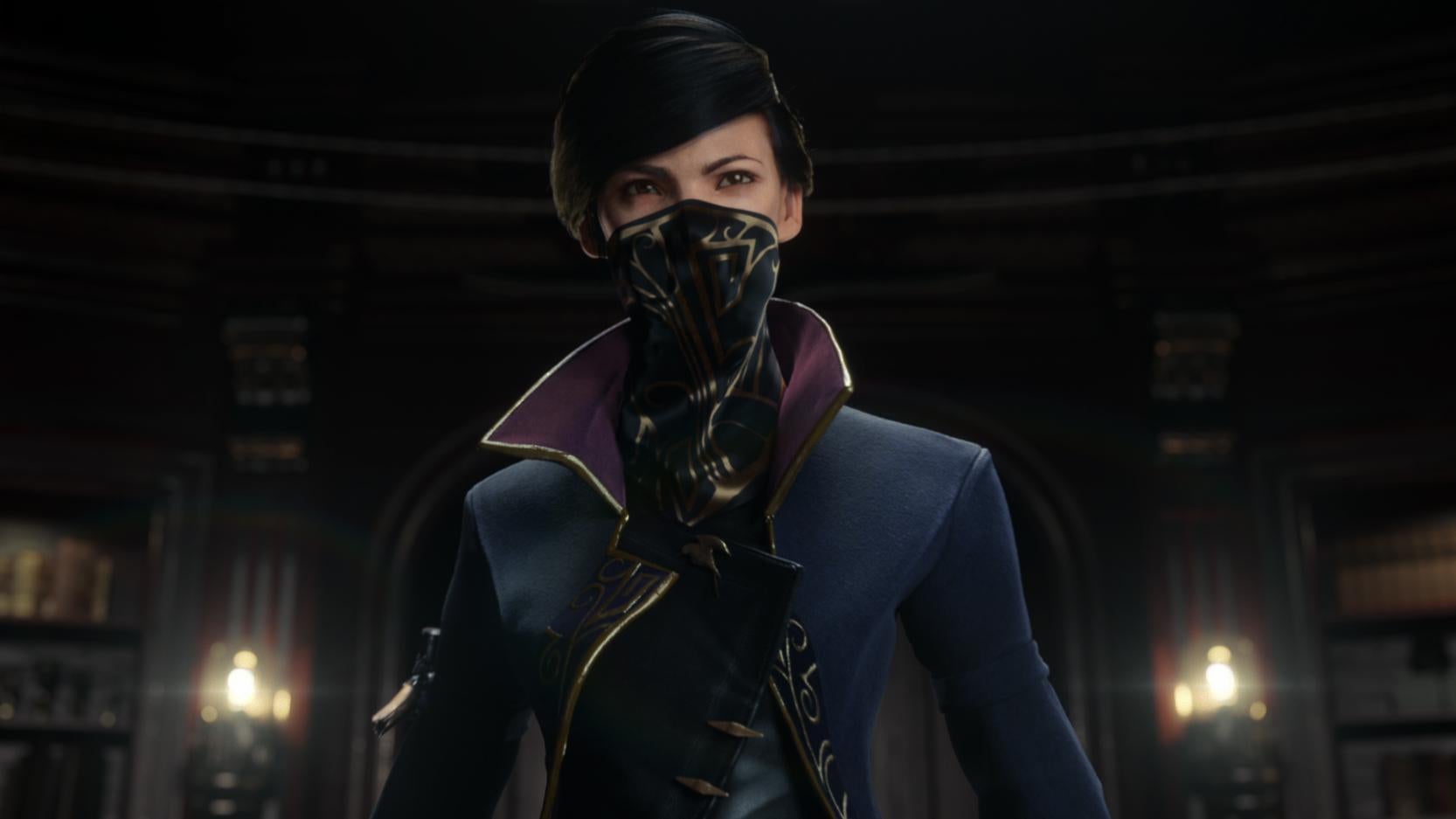 In the first Dishonored, you take up arms as Corvo Attano as the queen of Dunwall is murdered and the daughter, Emily Kaldwin, is kidnapped by sinister forces. By the end of the game, you both are reunited and Corvo takes the young Emily under his wing and teaches her how to become an assassin like him. Fast forward years later, Dishonored 2 stars both Corvo and an older, deadlier Emily who now faces a new threat against her kingdom. The game features a choice at the beginning where you can choose between Corvo or Emily: do yourself a favor and pick Emily. Not only is picking Emily a different perspective, she arguably has far better powers courtesy of the mark of the outsider, than even Corvo.

Emily is a confident, calculated assassin who you can play as you wish: whether it’s quietly without raising a blade or going on a death march covering the streets of Karnaca in blood. From her abilities to her characterization there’s something chillingly cool about the way Emily is portrayed through the entire game: not as a young girl trying to get her kingdom back, but a tactical strategist who will do whatever it takes to get what is rightfully hers. 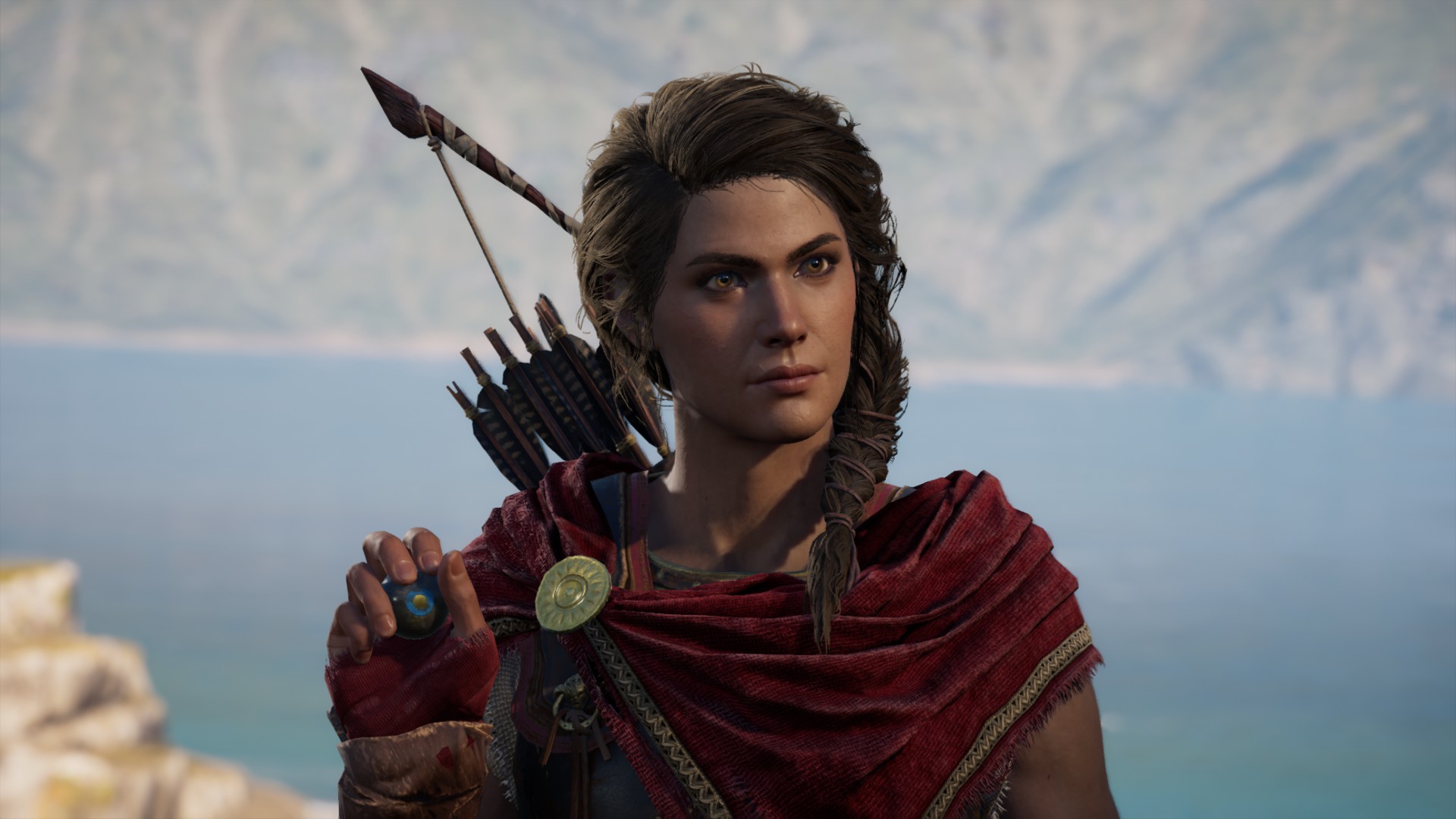 Kassandra is a badass, a lover, a fighter, strategist, lame-joke sayer, and overall one of the absolute best protagonists the series has ever had. During my 80+ hour playthrough, Kassandra showed so much depth and growth as a character: from a generic mercenary to an incredible fleshed-out character that you just can’t help but love.

Ellie, The Last of Us Part Part I/II 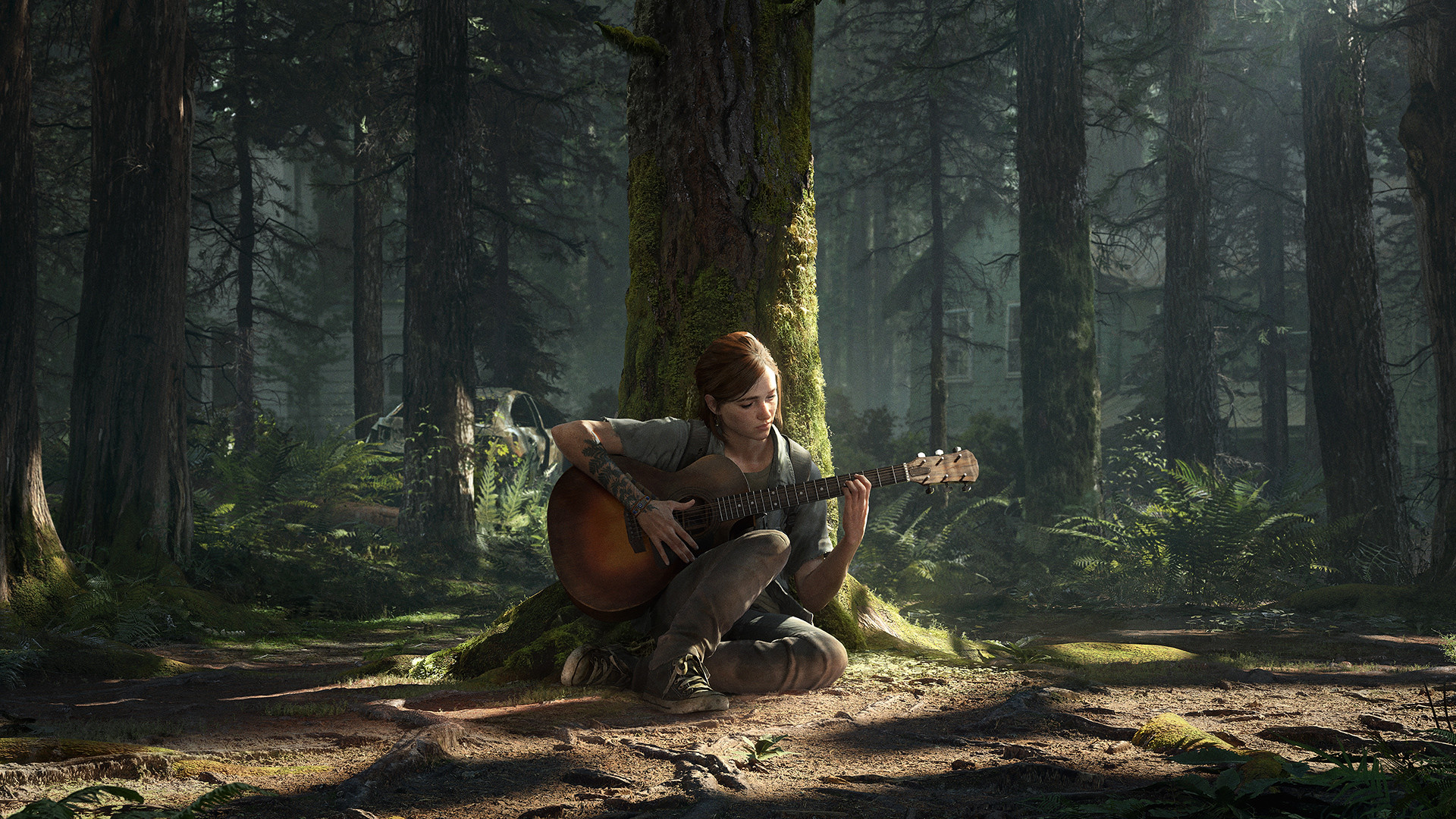 The first The Last of Us involved a cross-country adventure with our lead character Joel and Ellie, the girl he is trying to get to the fireflies for a potential cure. Ellie had plenty of moments to shine, but it wasn’t until The Last of Us Part II that we learned what she is truly capable of.

The Last of Us Part II stars an older, more hardened Ellie who has seen the worst of what the apocalypse can throw at her. After a shocking event that completely shatters Ellie world, she sets off on a harrowing journey of revenge to kill those who wronged her no matter the cost: whether it be to herself or her relationships. The entire journey is a bloody, brutal showcase of what happens when someone is pushed too far, but by the end of the game, it also shows her strength through her introspection and forgiveness which makes Ellie an incredibly strong and complex character.

Imagine going to Walmart one day, and picking up the limited edition of Life is Strange for $15 on a whim simply because you were bored and wanted something new to play, only to be absolutely emotionally destroyed by a story about a teenager. This is the Life is Strange experience, courtesy of one of the most wonderful and tragic characters I’ve ever experienced, Max Caufield. The game stars a high-schooler who has discovered she has the power to control time, and like most time-travel-related stories, things don’t go very smoothly.

Max Caufield is such a likable character simply because she’s just a normal person trying to live her life when her former best-friend unexpectedly comes back in her life. The entire game makes you feel the impact of every choice you have to make for Max, and you see her grow as a character across all 5-episodes. Max’s journey left such an impact, that I ended up buying all the available comic books that take place after the ending of the game! 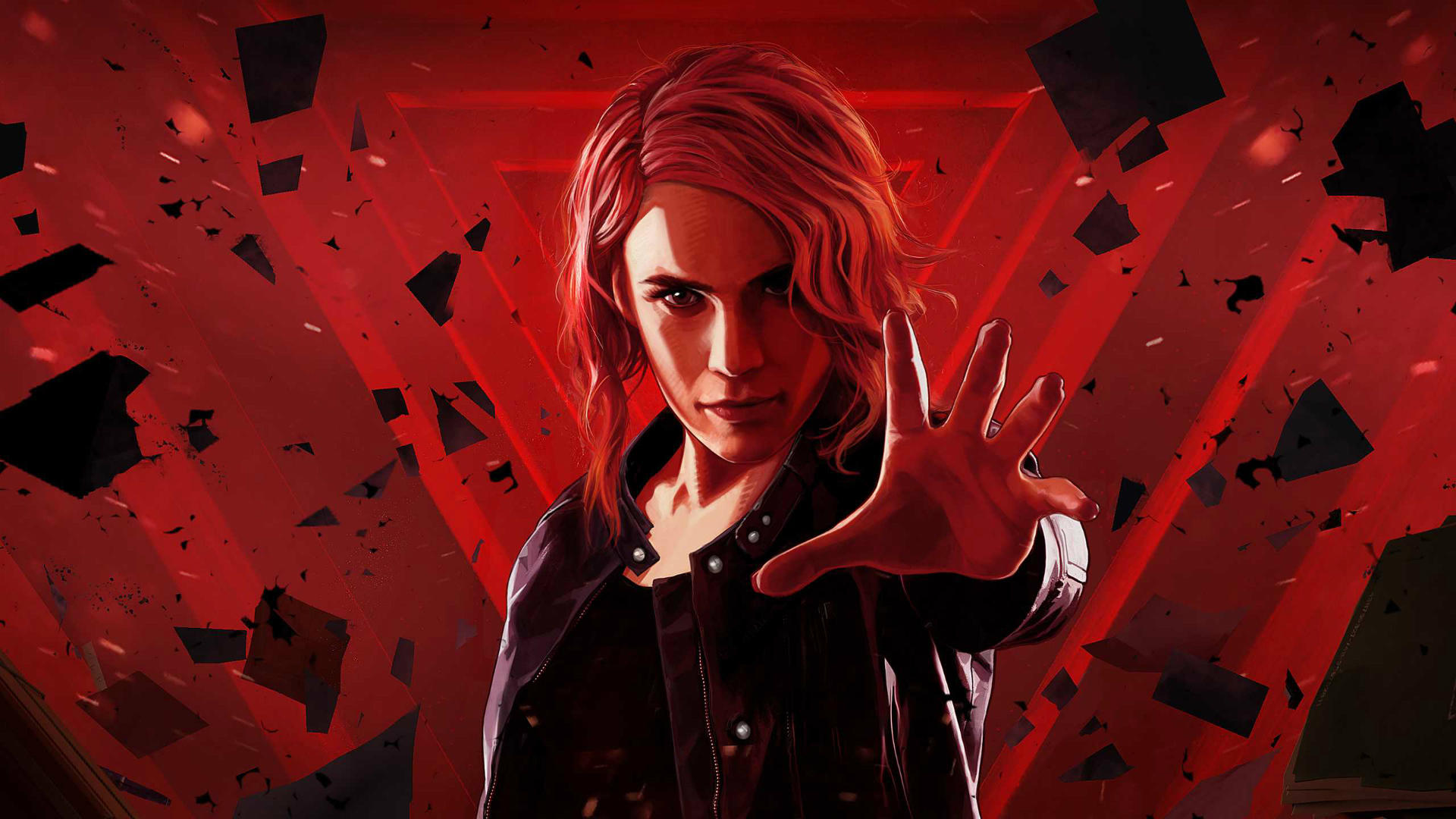 Remedy really does have a knack for not only creating wonderful narratives, crazy worlds, and amazing characters. From Max Payne to Alan Wake, the Remedy universe now has a new badass joining them in the fray: Jesse Faden. Control is probably my favorite game of 2019, which completely came out of the blue for me, something that I admit in my glowing review of the game. Remedy has a knack for creating unique worlds, but Control is far beyond anything I’ve experienced from the developers and many other games like it. I became so infatuated with the world that I ended up pre-ordering the Art and Making of Control book and had it shipped to me from the US to Canada: that’s how much I fell in love with this game.

A lot of this also has to do with Jesse Faden as a character who is both incredibly powerful (she would totally make a Jedi wish they wore their brown robes) and an interesting character as she tries to make sense of her new, forced position as the Director of the Federal Bureau of Control. Her character is also very well acted thanks to the great performance by Courtney Hope. I cannot wait to see where Remedy goes with this series, and Jesse’s character. 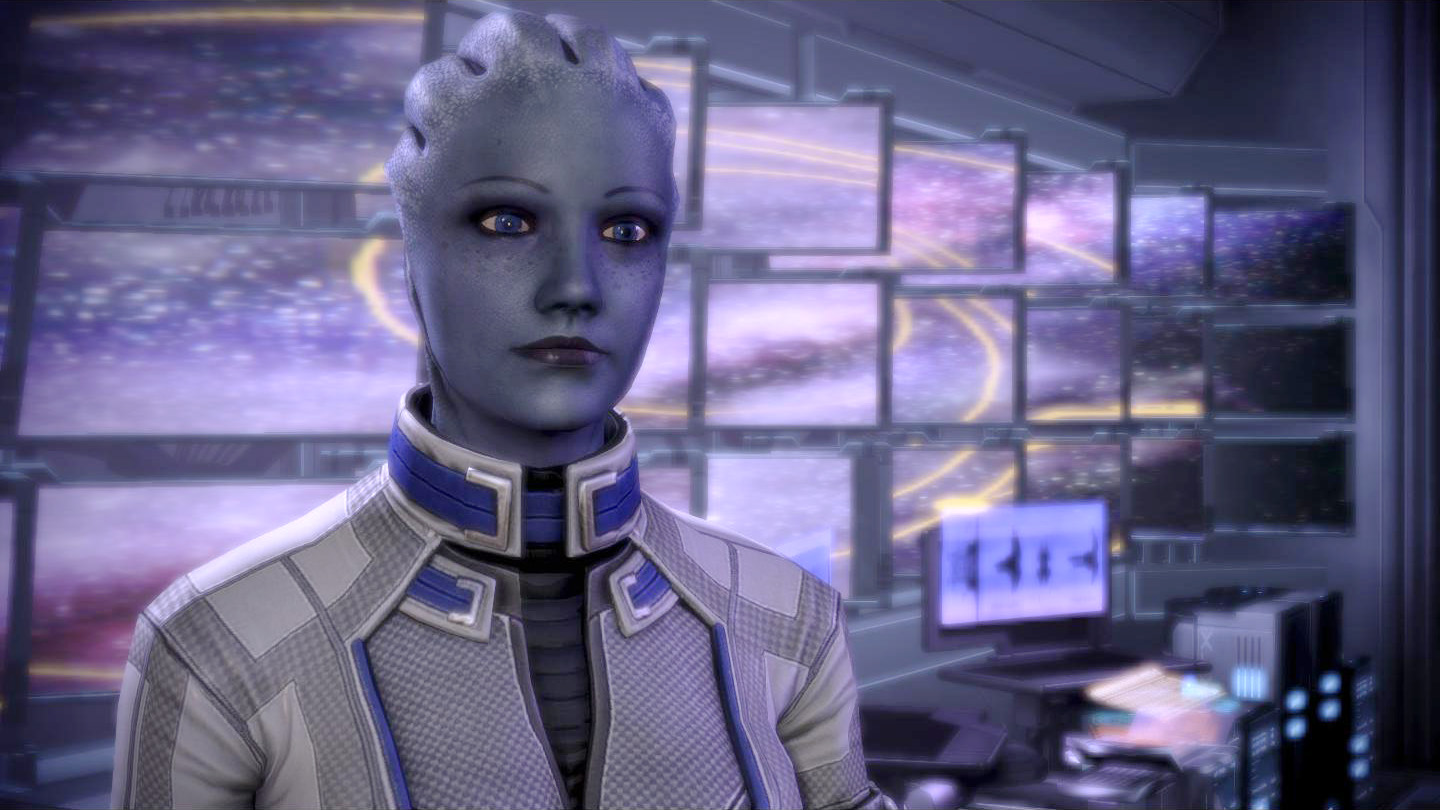 When we first meet Liara in Mass Effect 1, she is a shy, reserved scientist who is interested in Prothean artifacts. She joins Shepard’s team as a capable, powerful biotic and one of the best teammates you can have. Then Bioware simple decision to make her significantly more badass with each game. In Mass Effect 2 we catch up with Liara again in the DLC Lair of the Shadow Broker where we see Liara has grown into a confident, deadly, and very knowledgeable character who has shed her shy shell to become one of the deadliest characters in the entire galaxy.

Liara from the beginning was a very likable character with a lot to say, but to see her grow into powerful information broken and an integral part of the people involved in saving an entire galaxy is one of the best glow-ups possible for an already great character. 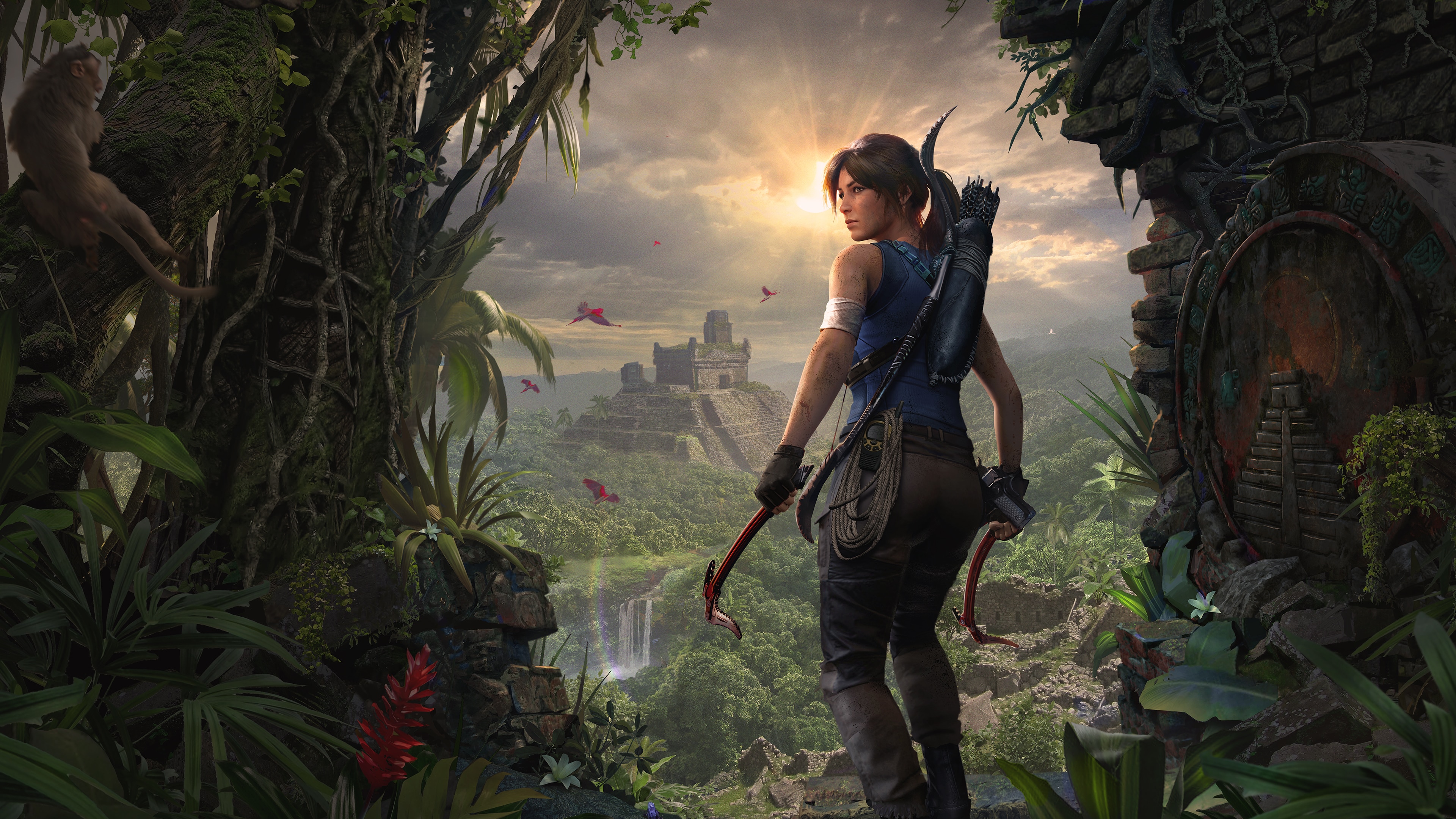 It’s Lara Croft, one of the original badass women who defined an entire medium and called for stronger, female characters. While her original design did call for some criticism for being overtly sexual, the reboot trilogy introduced to us a new Lara Croft.

We began her new journey as a young, naive Tomb Raider who experienced her first kill and the emotional toll it had on her, all the way to Shadow of the Tomb Raider, a more experienced, tactical Lara Croft. What this new trilogy did great was really characterizing Lara as a person: her mannerisms, her fears and desires, and how they work in tandem to overcome all the obstacles she faces across the three excellent adventures.

That’s our list for amazing, bad-ass women in video games!

Let us know, in the comment section below, all your favorites!