The digital age allows for easier access to many things like video games. However, that ease of access comes at a price as the product is linked to that store. With the store gone the user loses access to the game and cannot redownload it.

According to a new report from TheGamer Sony is shutting down their PS3, PSP, and PS Vita stores this August 27th. 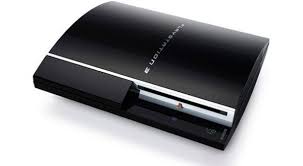 PSP’s and PS3’s stores are to be closed on July 2, while the PS Vita store will stay open until August 27. After those dates, you will no longer be able to purchase digital copies of games or DLC for any of the Sony consoles mentioned above.

While the PSP and PS Vita were completely dominated by Nintendo’s DS and 3DS the system has a decent selection of games. This includes Crisis Core: Final Fantasy VII which was never re-released on any other store. The PS3 has a large selection of games and those who dived into the digital age headfirst better hope their PS3 can store everything.

This has been the darker side of digital purchases. Physical releases take up space and have to be maintained but you have been the security of owning a copy that cannot be taken away. This isn’t anything new as big and small publishers have closed down stores in the past. Nintendo is notorious for this and failed platforms like Unya highlight how easy it is to lose everything.

It also adds to the issue of preserving games. Physical releases don’t suffer from the same preservation issues as digital games. As long as you have a working compatible system the physical copies are usually playable. However, games are taken off digital stores because of licenses expiring such as Spider-Man Shattered Dimensions. Now it’s become common for games to simply be unplayable despite being available on digital stores. The Xbox Series consoles have a notorious problem where some games, despite being downloadable, will not launch.

Games such as Echo Night from FromSoftware can only be played by purchasing expensive copies online or through emulation or piracy. It’s becoming such as problem that piracy has done a better job of preserving these games than the actual owners of the IPs. Hopefully, Sony will allow users to continue accessing their games from other means or perhaps re-release them on modern systems in an easier-to-access way.