For all the fans excited by Capcom’s new Monster Hunter Rise, there’s a new post at the Hunter’s Guild for you to see! Take a look!

Another new flavor from the Energy Drink company G Fuel is coming soon, this time they teamed up with CAPCOM once again to bring all Hunters a new energizing potion: G FUEL Mega Potion. Fans interested in the new flavor should head on over to gfuel.com to pre-order the Mega Potion before pre-orders close on March 26th.

“It’s an honor for us to go back into the lab with CAPCOM and bring to life a second G FUEL flavor inspired by another one of CAPCOM’s best-selling series,” said G FUEL Founder and CEO, Cliff Morgan. “Working on a theme to capture the adventure of Monster Hunter Rise has been very exciting, and I’m sure our fans will love the new Mega Potion flavor.” 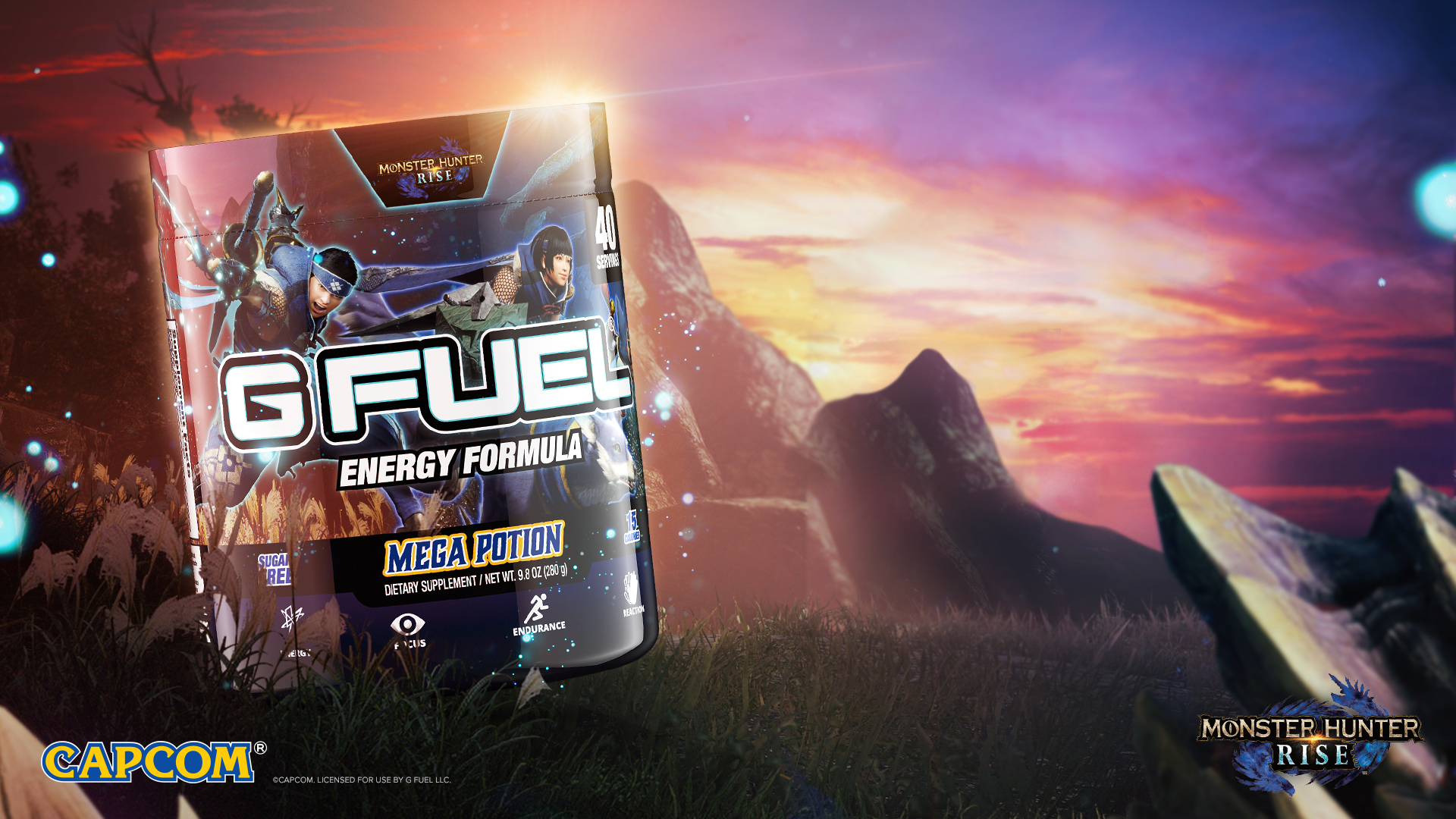 G Fuel and Capcom created Mega Potion in celebration of Capcom’s upcoming game Monster Hunter Rise, which releases on March 26th and is the sixth mainline installment in the critically-acclaimed Monster Hunter series. The refreshing Mega Potion flavor is named after the in-game consumable item of the same name from the Monster Hunter series. This is now the second flavor that G Fuel and Capcom have co-developed, with the first being the Resident Evil™ 3-inspired Nemesis Tea Flavor.

The G FUEL Mega Potion tub artwork features the two new Ninja-Clan Hunters, with one riding their Palamutes (new to the series) with a Palico close in tow and the other using the Wire Bug to set off onto adventure. Two of the newest Monsters, Magnamalo and Tetranadon, strike fear in the background. 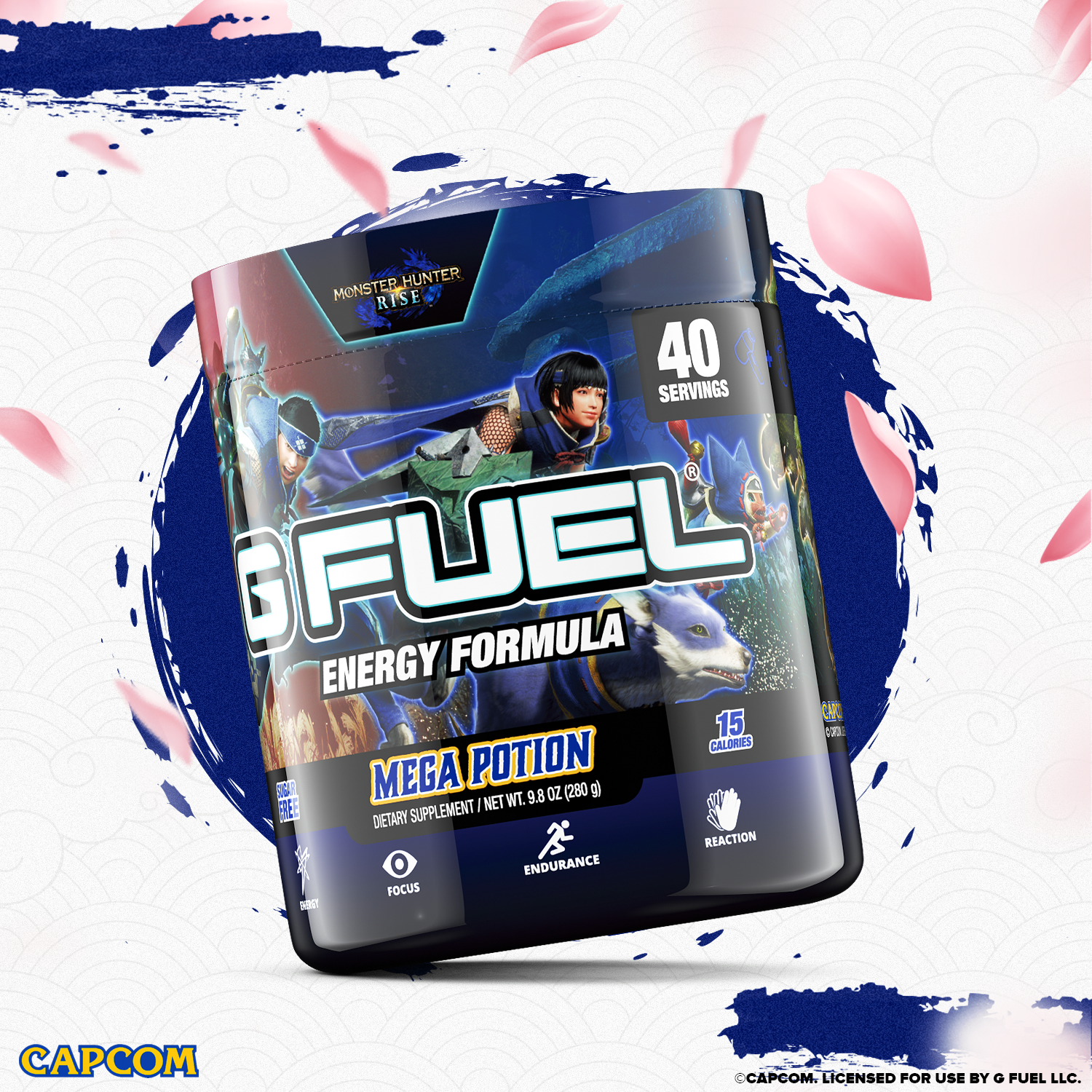 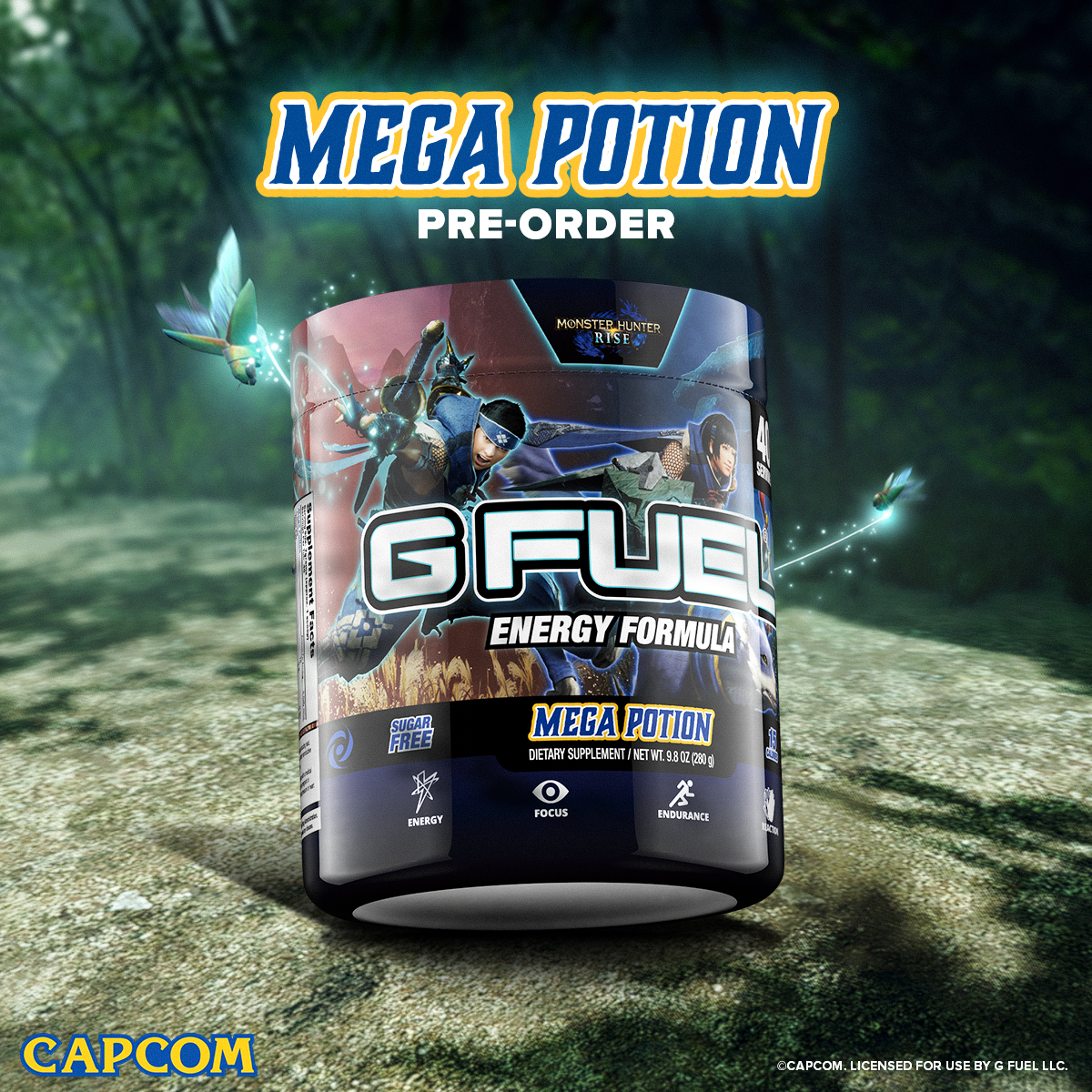 G Fuel’s Mega Potion is now available for pre-order in 40-serving tubs through March 26th and will start shipping in late April. Pre-order your G FUEL Mega Potion now at their website.

Are you excited for Monster Hunter Rise? Plans to purchase the new G FUel flavor to celebrate? Tell us in the comment section below.