The Medium is yet another attempt at horror from the people at Bloober Team. Their previous two attempts have been rather lackluster. Layers of Fear 2 lost any momentum the first one set up and was nothing more than a painstaking walking sim. Blair Witch amounted to less than its source material while still providing the exact same amount of scares as it, zero. Although good job making me care about a fictional dog. Needless to say, that as soon as I found out  Bloober Team was behind The Medium (one of my most anticipated games of the year) I was worried.

The Medium had such an attention-grabbing trailer and premise. It promised to bring back that classic Silent Hill feeling for a new generation. Was Bloober Team really going to be able to live up to that? For the most part, yeah. 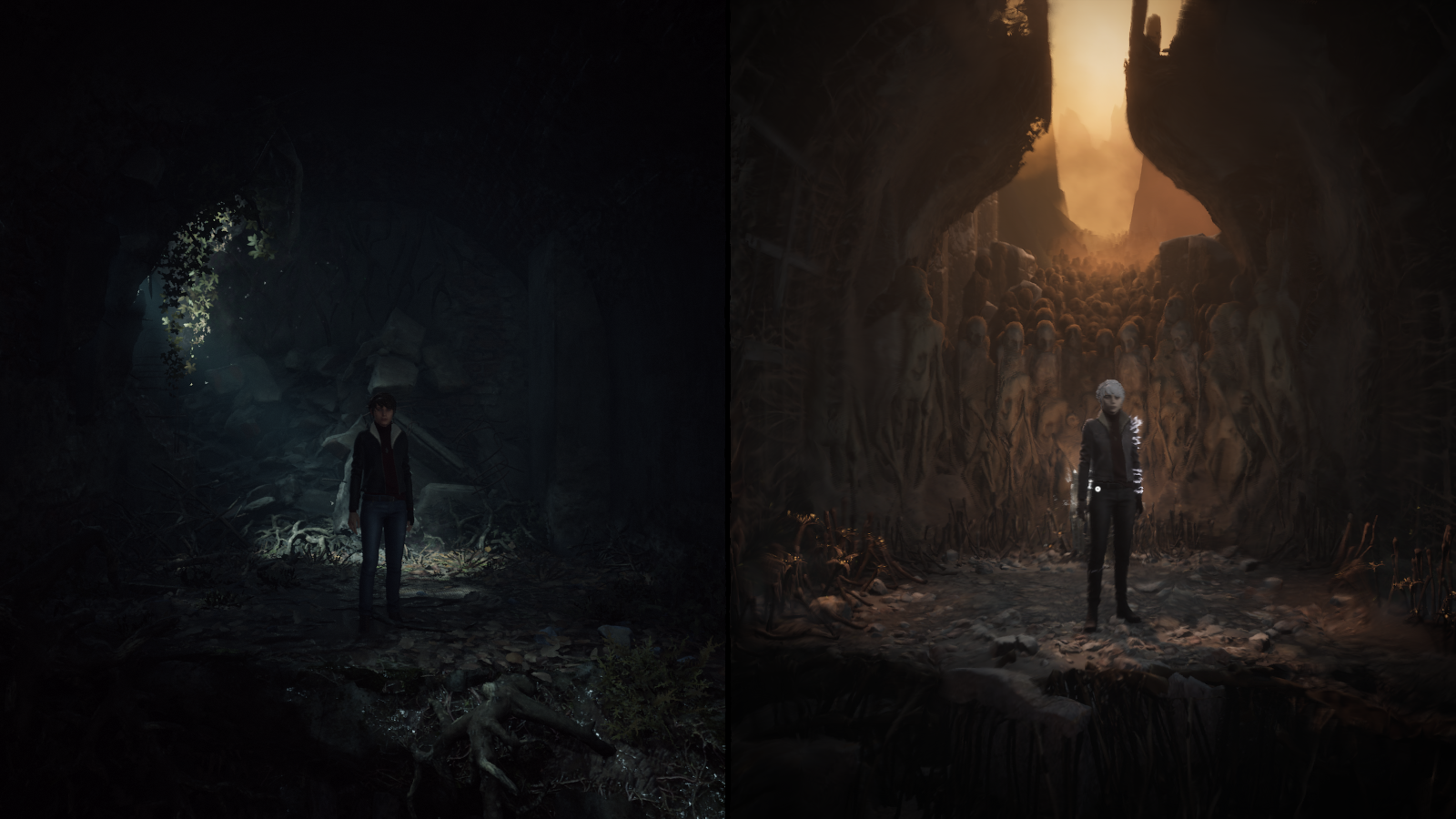 One of the things that sold me on The Medium was the fact that players would be in two realities at the same time. The Medium actually pulls this off pretty well. The player controls both versions of Marianne at the same time. You can shift focus a bit to make things easier for puzzles or even escape your body and walk the ethereal plane for a bit before returning to your body. These parts pair really well with the atmosphere in making this a great and stand out horror game.

The puzzles that take place in both worlds or involve switching between the worlds are wonderfully constructed. They generally don’t feel stale because they manage to switch things up fairly constantly. Sometimes you have to move these figure shards in place so you can get a background story or get the clue to a puzzle. One instance of that is when you have to use a grandfather clock to rewind and fast-forward a figure to get through another room. Later on, the player can go between the realities through mirrors which are used in some great puzzles and a well-plotted stealth/ chase sequence

There are other times where you need to take a straight razor in the dark world and cut through a flesh wall to open the pathway in both worlds. Some of these also involve this giant monster that brings in some of the best and worst moments from the game.

This actually brings some great cutscenes to the forefront. Being able to see Marianne in the real world while she is in the dark world at first was a little awkward as she was interacting with her adopted father. Later in the game, as she interacts with other spirits or ghosts though it feels like it works a little better. Her interactions with Sadness, the ghost of a little girl are some of the most memorable parts of this game. Sadness is wonderfully creepy to see while maintaining this childish innocence. It makes the real world scene where Marianne is talking to visibly nothing feel all the more haunting. 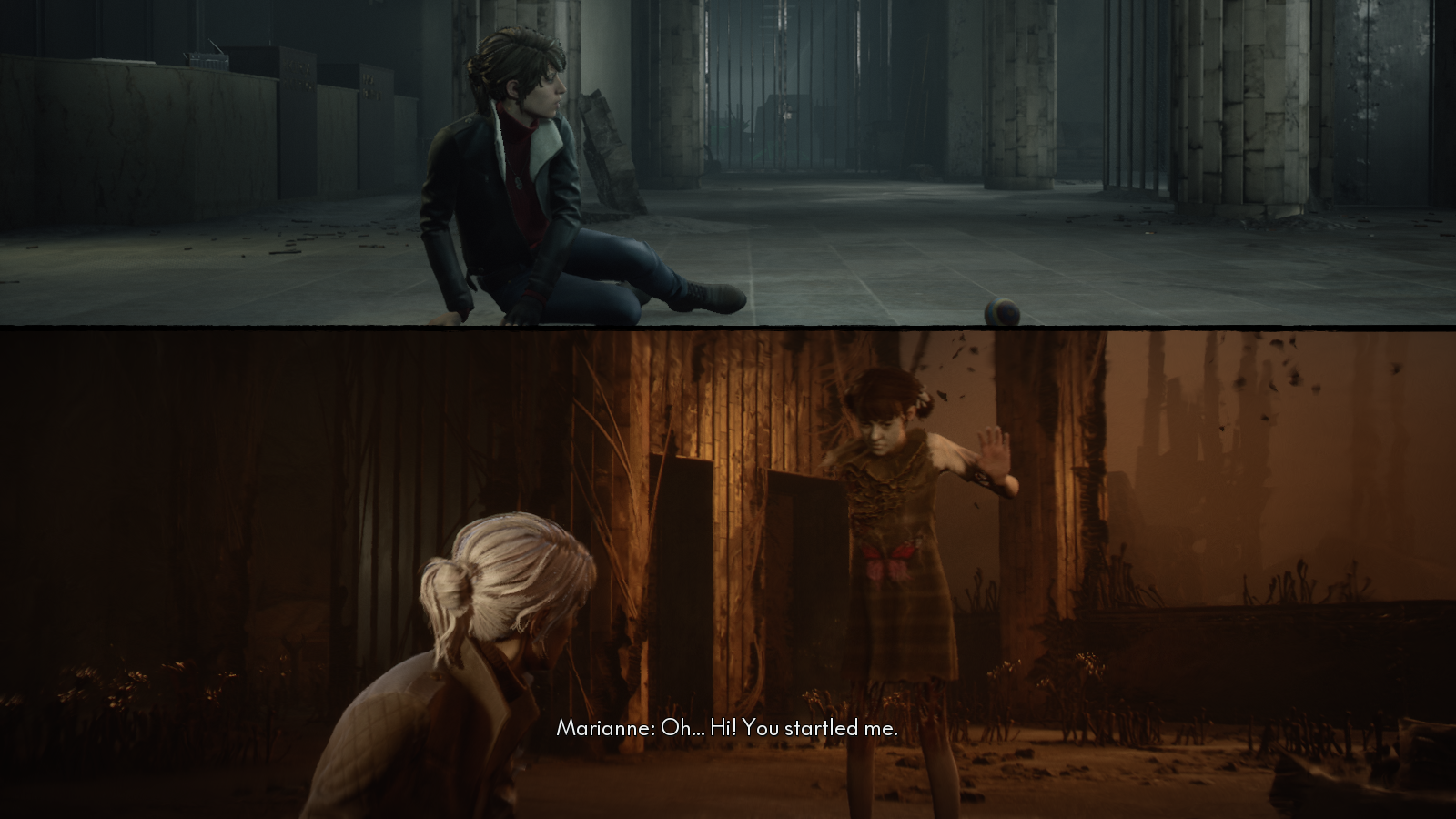 The Medium isn’t a perfect game. The tank controls have moments where they really mess with the flow of the game and can outright ruin a moment. The first time you meet the big bad demon that is a massive part of the game, he chases you. This chase involves several fixed screen changes which are where the controls start to work against you. The game will switch the controls to continue moving forward, so instead of just having to hit W and Shift to keep moving, the controls change that disorient you enough that you will actually walk right into the monster, into a wall, or at the camera when the screen changes.

Naturally, this gets really aggravating especially for someone who doesn’t use tank controls very often. It made what should have been a quick chase take almost twenty minutes because sometimes it wouldn’t even start the sprint properly when the scene started.

Outside of minute issues with the control, there were some technical issues with how the game ran. I heard they were a little more predominant on the original Xbox Ones. On the PC side where I played, I noticed some stutter on the game when scenes changed or the camera changed during cutscenes. Outside of that though the game looked incredibly and played pretty well. 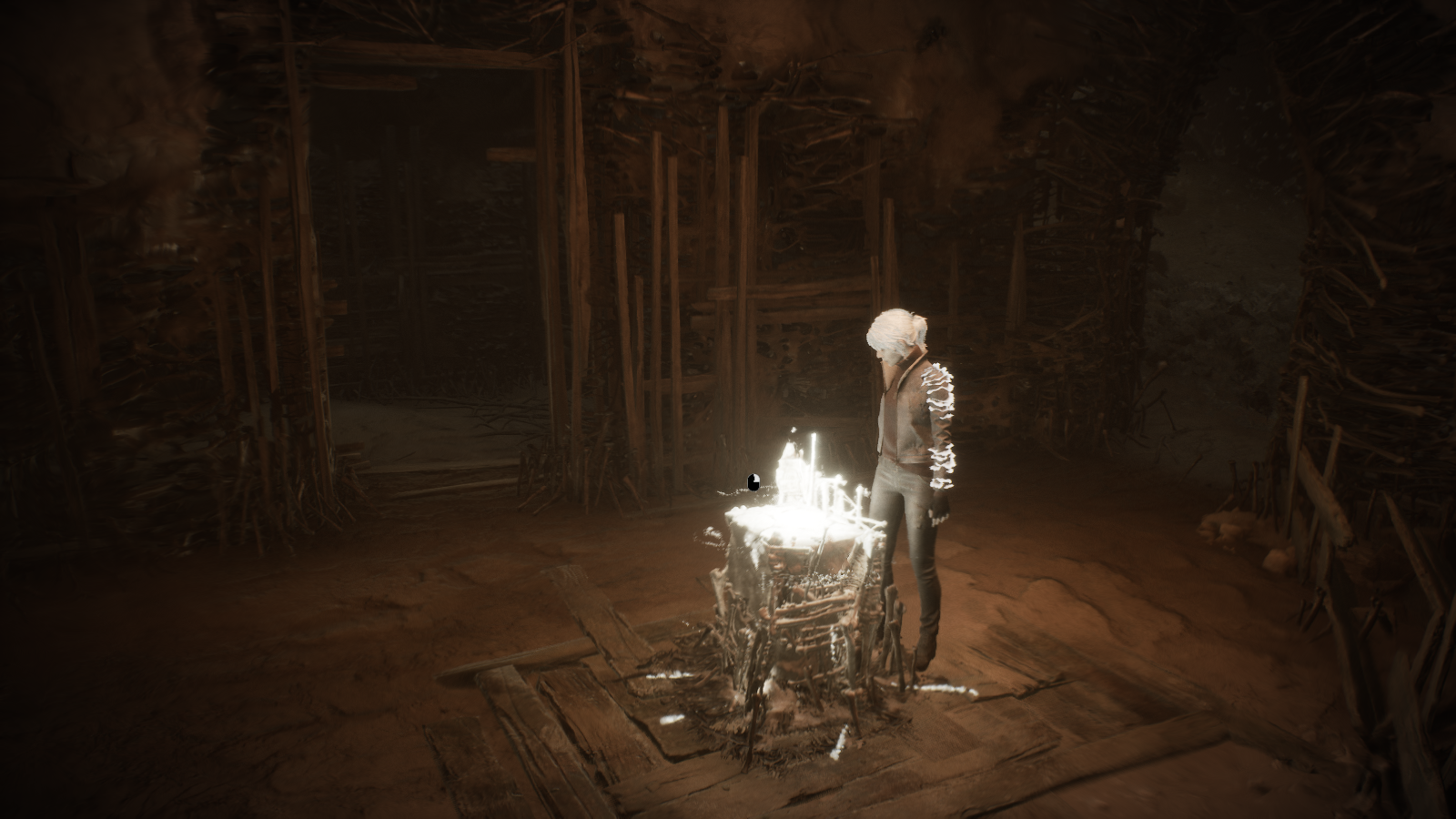 The Medium has some of the best-constructed atmospheres I have seen in a game recently. The story starts off very macabre as Marianne is prepping her father for burial. She is contacted by a mysterious man after helping her adopted father cross into the afterlife in a touching scene that shows off the amazing dual reality mechanics. This random person gets Marianne to go to the Niwa hotel. A decrepit and seemingly long-abandoned hotel where something horrifically mystical happened, eventually killing all the residence.

The combination of the two worlds, the more oft than not great writing, the desolate and haunting feel of the Niwa all add up to a devilishly intriguing atmosphere that oozes enough to keep the player interested throughout the game. Even the places outside of the Niwa felt like this. When you first pull up to the gate and see the old man in the distance on the broken and empty street it feels like such a great moment that builds the atmosphere, and that this place has more to it.

When you first see the Niwa itself, its broken windows, abandoned cars, and empty lobby, just the sheer scope of the building it genuinely cashes in on that promise to bring that Silent Hill feel to the game. 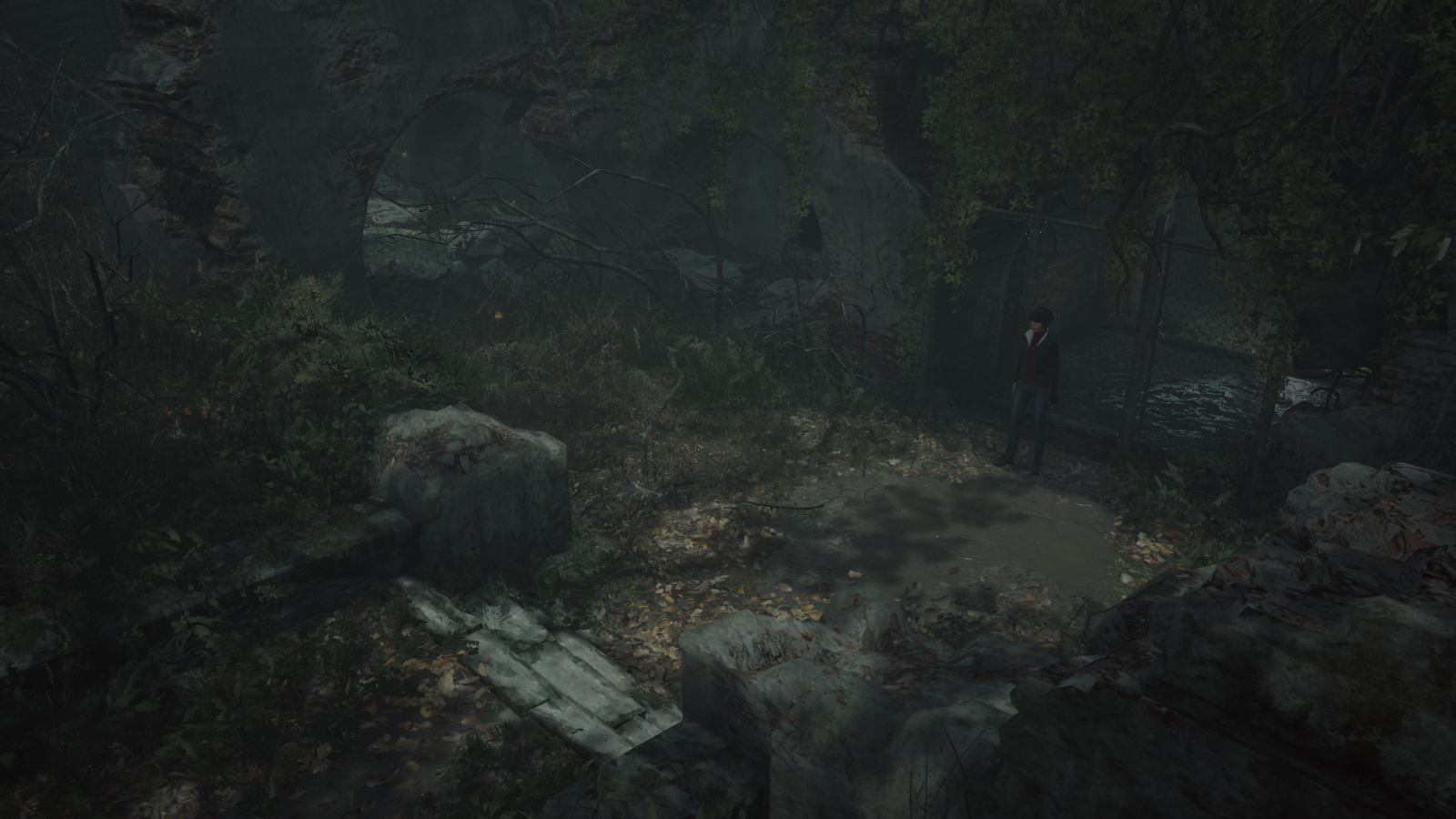 The Medium is the best effort of horror that Bloober Team has put out. It is a great homage to the Silent Hill franchise while managing to not feel like just a fan-made game. There is a ton of effort and love put into the development here and it shows. The story is wonderfully structured even at the parts it stumbled (talking about the entire time spent trying to get bolt cutters). The Medium is currently on Xbox Games pass so for anyone who is on the fence about trying it, play it there.

For anyone without access to it, I feel it is well worth the price on both PC and the regular Xbox Store. It has a super intriguing story that pulled me away from other games to want to keep playing. The powers and uses for Marianne’s abilities help make the game stand out, seriously it did make me feel like my skin crawled as we used the shield ability to get through the horde of moths. 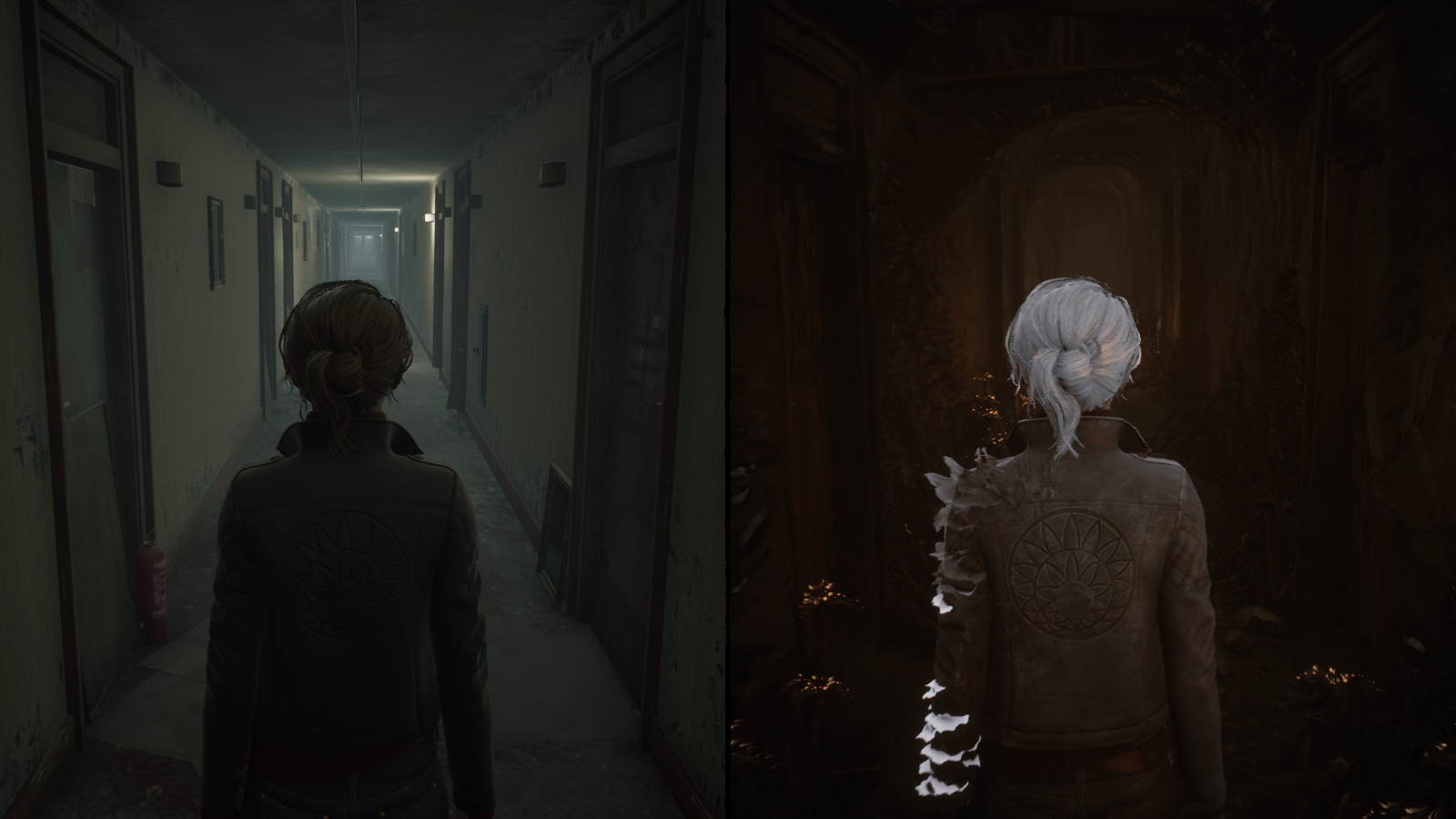