The Legend of Zelda: Skyward Sword released back on the Wii to mixed reception. However, it was significant in developing the tools for The Legend of Zelda: Breath of the Wild. With Nintendo confirming an HD release of the title for the Switch with optional motion controls.

Those who played the original knows that players swung their Wii controllers to hit specific targets and make precise swings. That option is still available with the HD remake for the Switch but it’s optional. With Nintendo now linking the right stick to swinging your sword.

To celebrate the re-release 2 special edition Joy-Con controllers will be launching with the game. The right designed after the Master Sword and the left after the Hylian Shield. 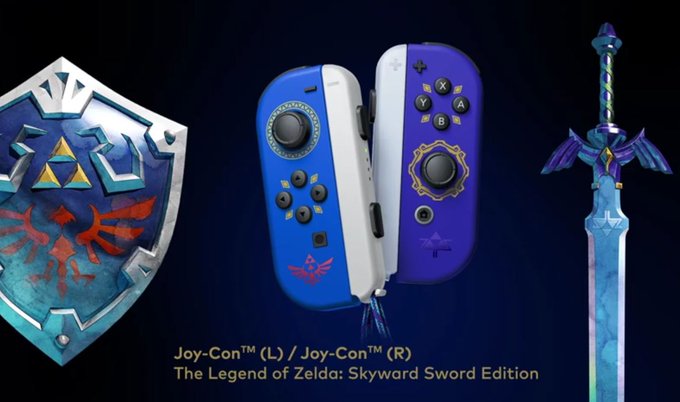 The Legend of Zelda: Skyward Sword HD releases on July 16 exclusively for the Nintendo Switch.