It’s still the middle of winter right now. Although with all the stuff going on right now has anyone even been outside to notice? Well, I walked outside and it made me think of some old snowboarding games I use to play!

The 1990’s through the early 2000’s saw the culmination of extreme winter sports and games portraying the top athletes of the time. While there were a handful of snowboarding games in the earliest of home console generations, they didn’t reach their potential until the mid-1990’s when 3D graphics and higher-end processors could deliver what the developers envisioned.

Hence, many good snowboarding games came out over a decade making it difficult to come up with the top five. Luckily, the top games span several years and consoles, satisfying fans of a multitude of titles.

Cool Boarders was released in late 1996 for the original PlayStation. Cool Boarders initially has three main courses and an additional two that can be unlocked through gameplay. Gameplay consists of attempting to beat a course in the fastest time, getting a high score via performing tricks, or a combination of points and speed. The controls could be a bit of a nuisance while riding down the various courses but not enough to take away the fun of playing the game.

While I probably feel a bit of nostalgia when reminiscing about Cool Boarders, as the gameplay was simplistic but ambitious for the time. Cool Boarders set the stage for the advancement and evolution of extreme sports games as developers became better at 3D game design and the hardware improved for better graphics and performance. 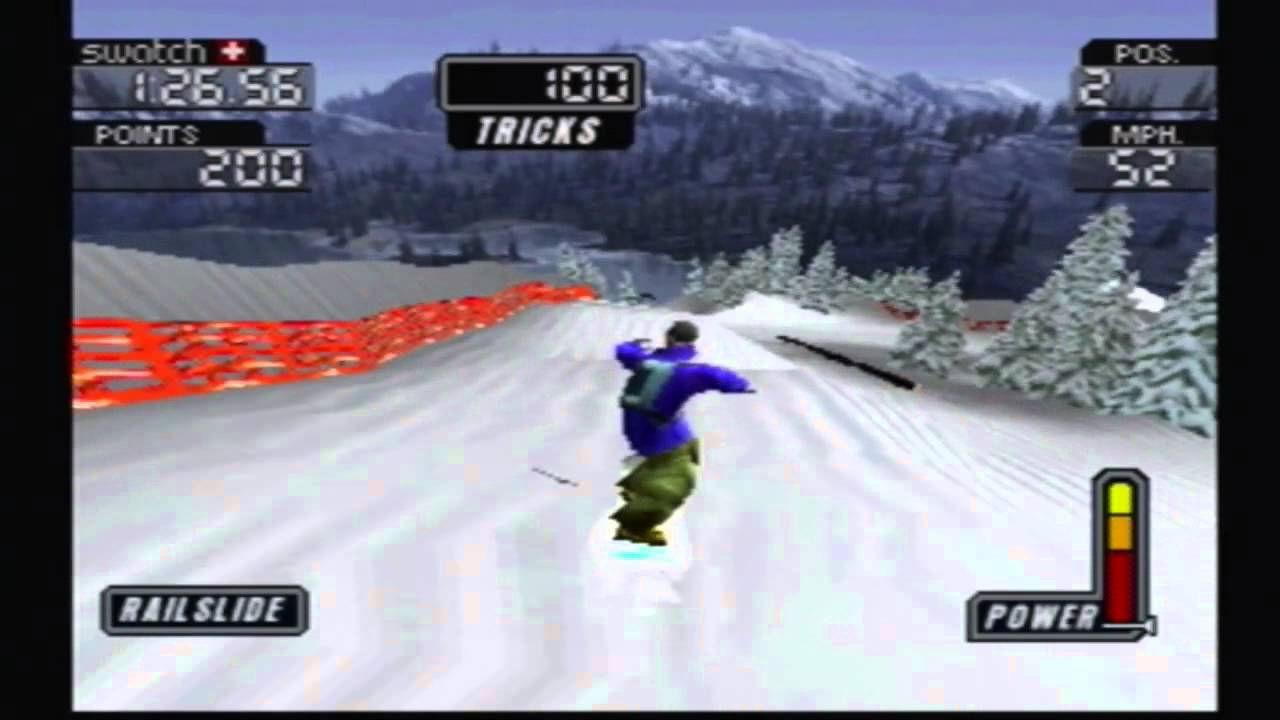 1080 Snowboarding, released in early 1998 for the Nintendo 64, took the building blocks set forth by Cool Boarders and greatly improved upon the winter sports genre. Players have access to five different characters, with an additional three to unlock, all with varying stats suited for specific events. 1080 Snowboarding also greatly improved on modes and levels; giving players two-trick methods and three race types for hours of competitive fun.

1080 Snowboarding advanced upon previous formulas but also further enhanced snowboarding games by adding features that the most successful extreme sports games adopted. Giving the different characters specific stats that are better suited for different play styles, a series of snowboards for each character plus a special unlock are features that Nintendo innovated, continued with and they have persisted through the modern era. 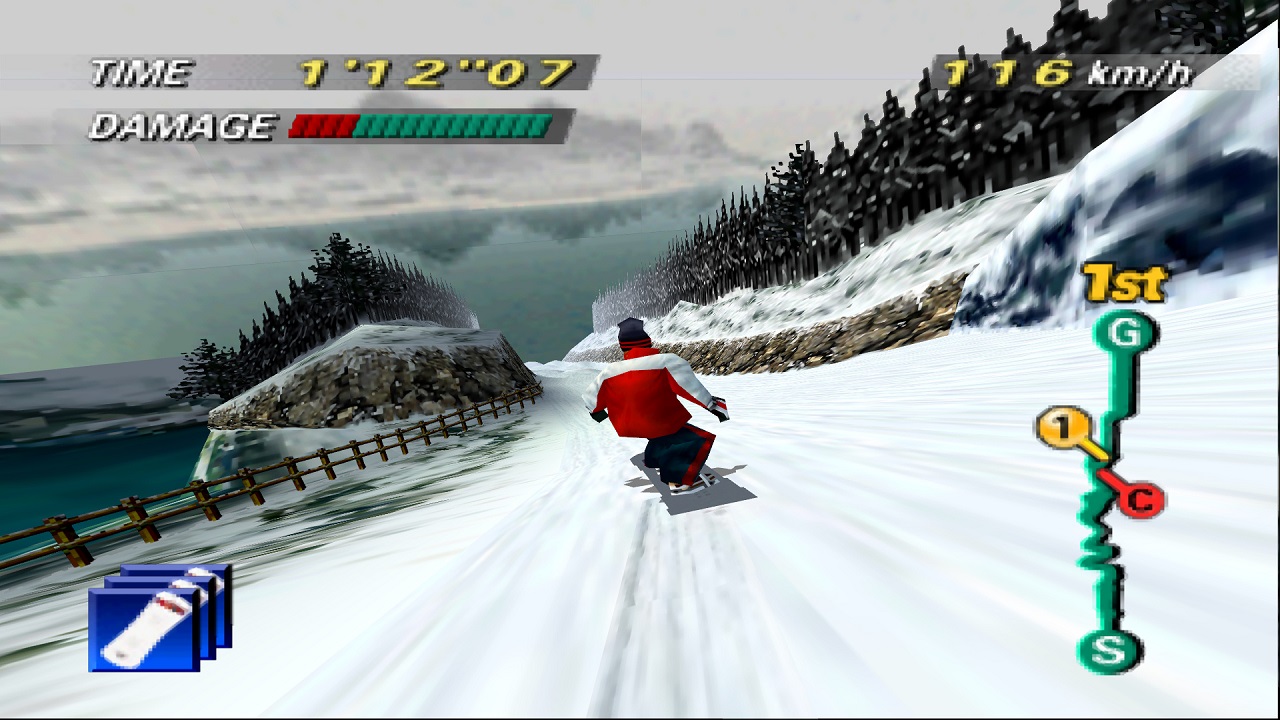 Ubisoft blindsided the public on its announcement of Steep as very few people were expecting a new winter sports game. Notwithstanding its astonishing reveal, Steep is a remarkably polished experience. Ubisoft patently noticed a divergence in the lack of extreme winter sports games on the market, took the old-school methodology, and gave players a significantly enhanced experience.

Steep takes the fast-paced fun action of the SSX series, adds an open world, and allows players to traverse the landscape via skiing, snowboarding, paragliding, and wingsuit flying. Several DLC maps have been released that expand from the Alps to terrains from Alaska, Japan, and Korea. Steep by far has the greatest gameplay variation and thus is a top contender, especially if players only have modern consoles. 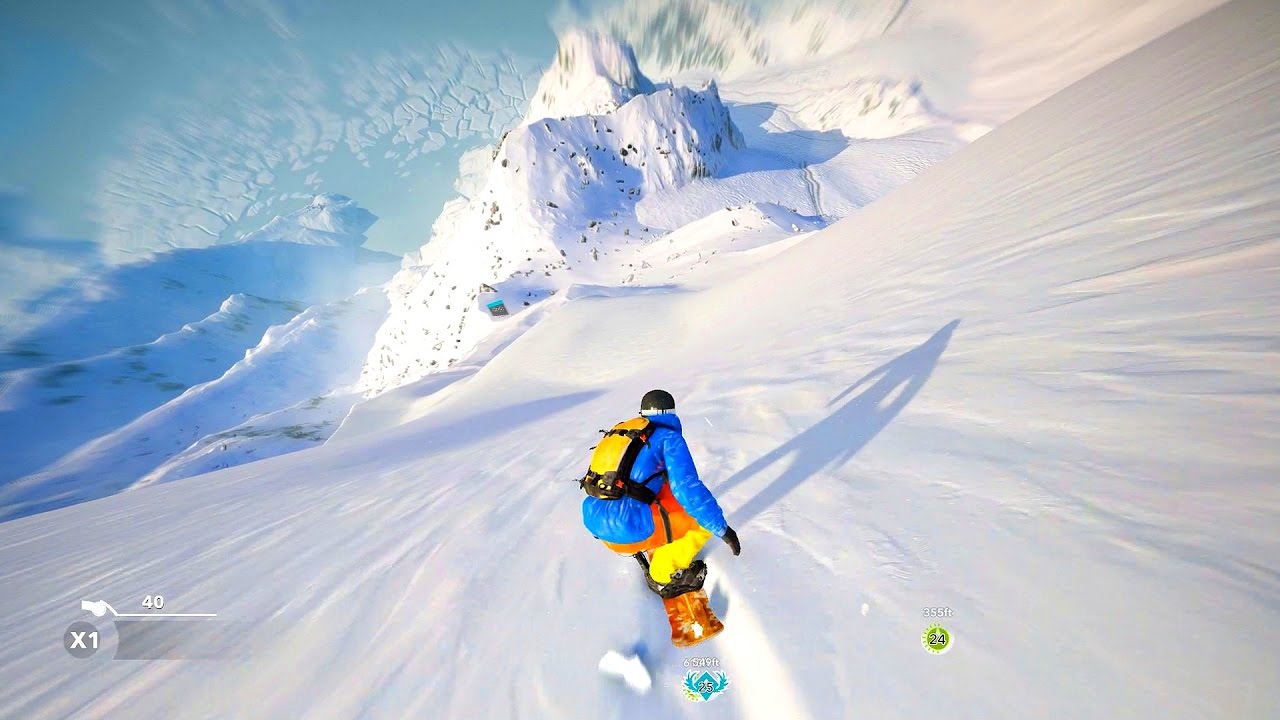 Amped 2 is a sequel to Microsoft’s snowboarding game Amped, an Xbox launch title, released in 2003 for the original Xbox to mostly favorable reviews. Amped 2 can best be described as Tony Hawks Pro Skater except with snowboards. Players compete on multiple mountains and each run the player must accumulate the highest number of points before reaching the base. During each run players must also hit a certain number of tricks and find collectibles to gain skill points to raise the stats of their character.

Overall, Amped 2 delivered a fun and unique take on the snowboarding genre. While mostly focusing on the trick aspect of winter sports, as players progressed, they would be invited to partake in a special race and required to finish in the top 3 in order to achieve fame and skill points. Though Amped 2 had decent controls and was fun to play, it still falls just short of the top spot. 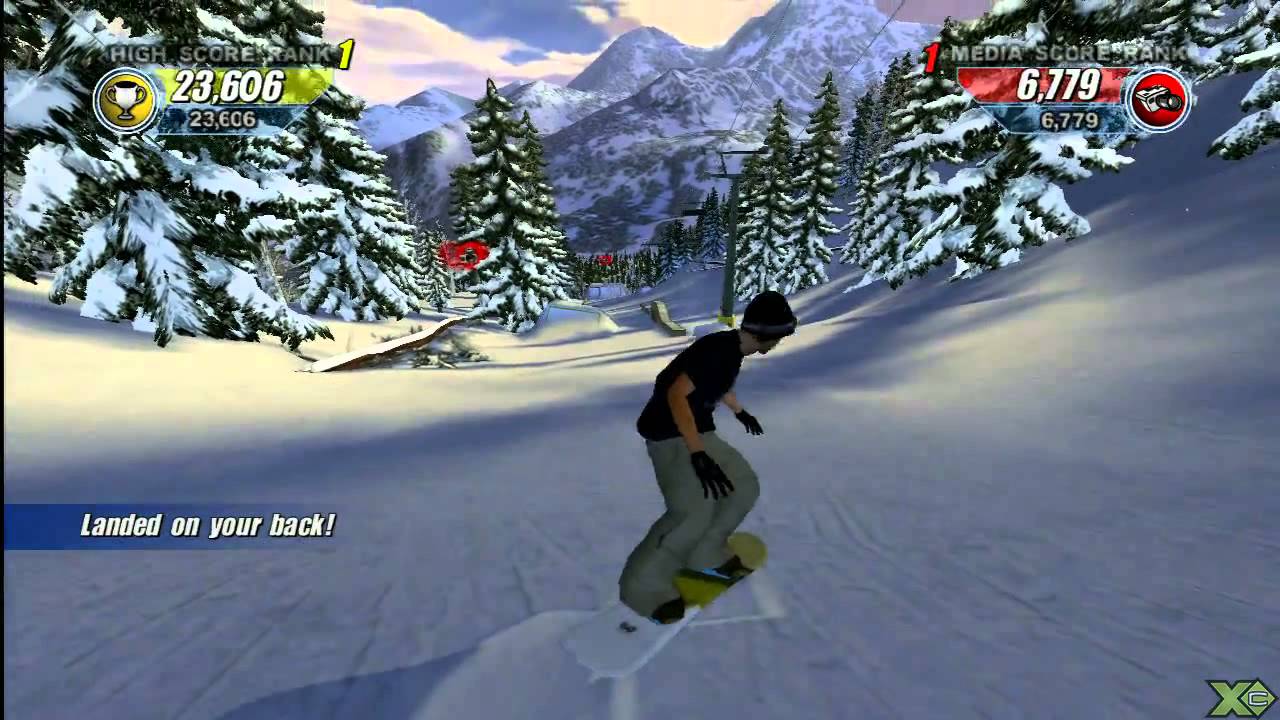 SSX was the pioneer that really showed how awesome snowboarding games could be. SSX saw the introduction of interesting locations, unique level design, and one of the best soundtracks in games to date. SSX Tricky, the renowned sequel to SSX, released a year later in 2001. SSX Tricky took the brilliant design formula of the original and developed it immeasurably.

SSX Tricky has two event categories, race, and show-off. Race, as the name implies, is a race to the foot of the course. Show-off is the more fun event as players must compete in obtaining a high score, which can get astronomical. Tricky will always be a fond memory for me as many friends and I would get together on weekends to try and out-do one another in the show-off mode, literally spending entire weekends competing.

SSX Tricky took the winter sports gameplay, mixed it with flawless sound design to make the most fun and greatest snowboarding game of all time. 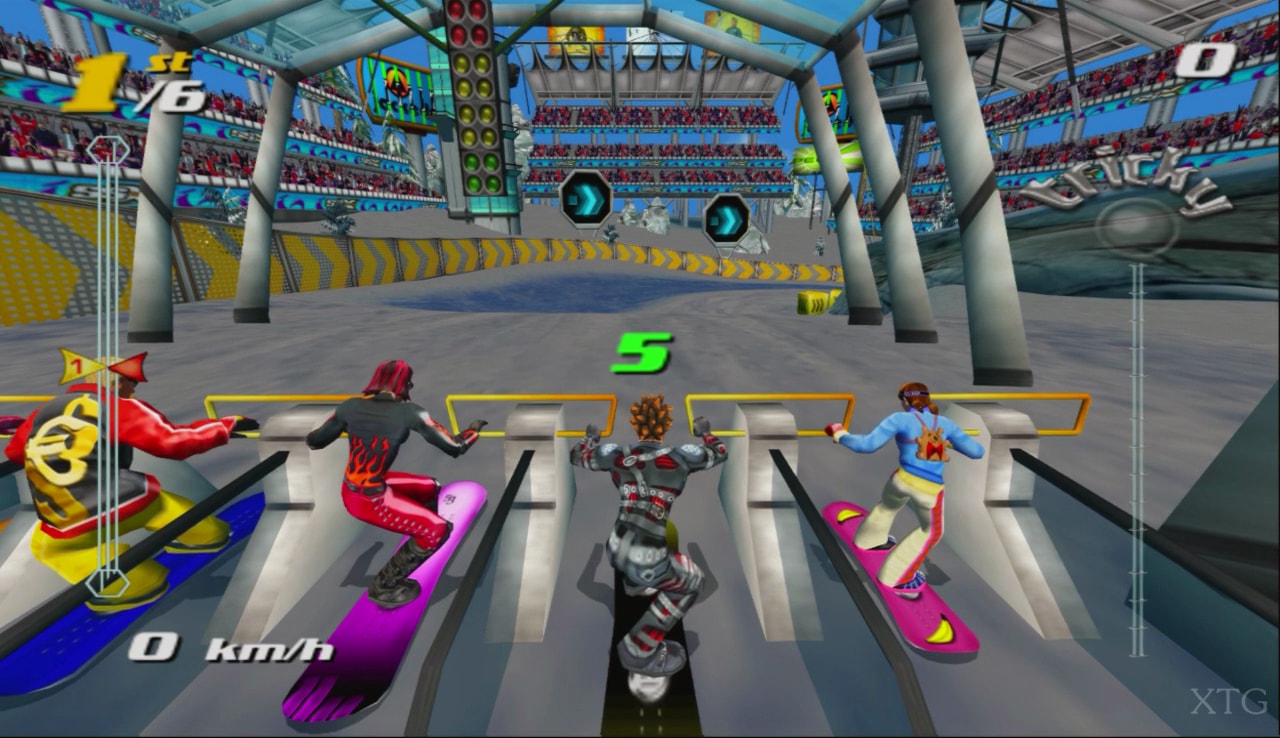 As hardware has progressed and graphics processing increased, developers have been able to create extreme winter sports games that not only look fantastic but also play exceptionally well. While winter sports games have largely fallen off many people’s radars, Steep being the surprise exception, fans of the series will continue to remain in drought.

Hopefully, with new graphics cards and consoles set to release this year, developers will take another look at the winter sports world and give fans an experience yet to be envisaged.