SpongeBob SquarePants: Battle for Bikini Bottom – Rehydrated launched to positive reception. The remake of the beloved cult hit received a huge facelift and offered more content not available in the original. Now it’s coming to Apple devices this month. 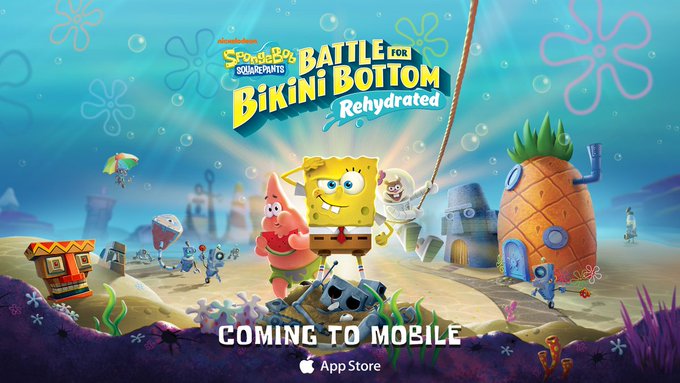 The title will hit iOS devices this January 21st.

SpongeBob SquarePants: Battle for Bikini Bottom – Rehydrated takes place in the beloved cartoon universe. Plankton has taken over Bikini Bottom using robots but forgot to switch on the obey function. Causing the robots to run rampant across the city and force Plankton to seek help from SpongeBob and his friends.