The makers of Funko Pops have divided the collector’s community for several years now. On one hand, you have a group of fanboys complaining about the design being too boxy and off-putting (to put it nicely, seriously some of you take this way too seriously). On the other side, you have people like myself who can’t afford the regular style of the collectible statue that runs anywhere from $100 dollars to well over $1,000 dollars.

An $8 to $15 Funko Pop is far more obtainable for people. Miss me with that save up money spiel too.

What does any of this have to do with Funko Fighters? Well, the Funko Pop style has lent itself to games in that past, ala the soon to shut down Gears Pop. Ways that could have gone better aside, there is still a ton of potential for games made around the little collectibles. A cute, fully-developed fighter is only one possibility.

Barring all the red tape and agreements between various outlets to get all the characters in the same game, there would have to be a way to make it all make sense. They could just pull a Marvel Vs Capcom and only do two different properties, but where’s the fun in that? I would much rather see Funko Kait Diaz throw hands with a Funko Freddy Kruger as the Survivor from PUBG tags in and throws around pan based attacks.

One of the ways it could work out story-wise is to have focused happenings in worlds centered around one specific property at a time. You spend a few hours completing the Mortal Kombat section then you move on to the Gears of War franchise, then Pokemon, something horror related. You do this until the very end when it all starts to mix together. Realities aren’t quite right. The Joker starts appearing in places he shouldn’t. At first, he appears instead of Queen Myra in a Gears section. He then appears to fight Ryu or attempt to release Nemesis in the Umbrella labs.

From here the story could reveal (to appeal to the generally family-friendly style of Funko) that it was all just a kid playing with some Funkos in their room. That’s how the realities started to bleed together and change.

Another way it could work is like a Fight Club meets Toy Story style thing the toys do to kill time at night when the stores are closed. Some sort of tournament-style competition with a huge bracket to keep the fights feeling varied. It would be great to have this subplot going that if a Funko gets sold another version of them has to take their place. That would just be a fun way to add to the overall story.

It could also just be a world’s collide style thing where one evil character like Quan-Chi wants to bring in the other Funkos and harness their souls to get enough power to rule the world. Hell, the Covenant could even somehow do it in an attempt to reset the events of Halo so they can eradicate humans and The Flood. 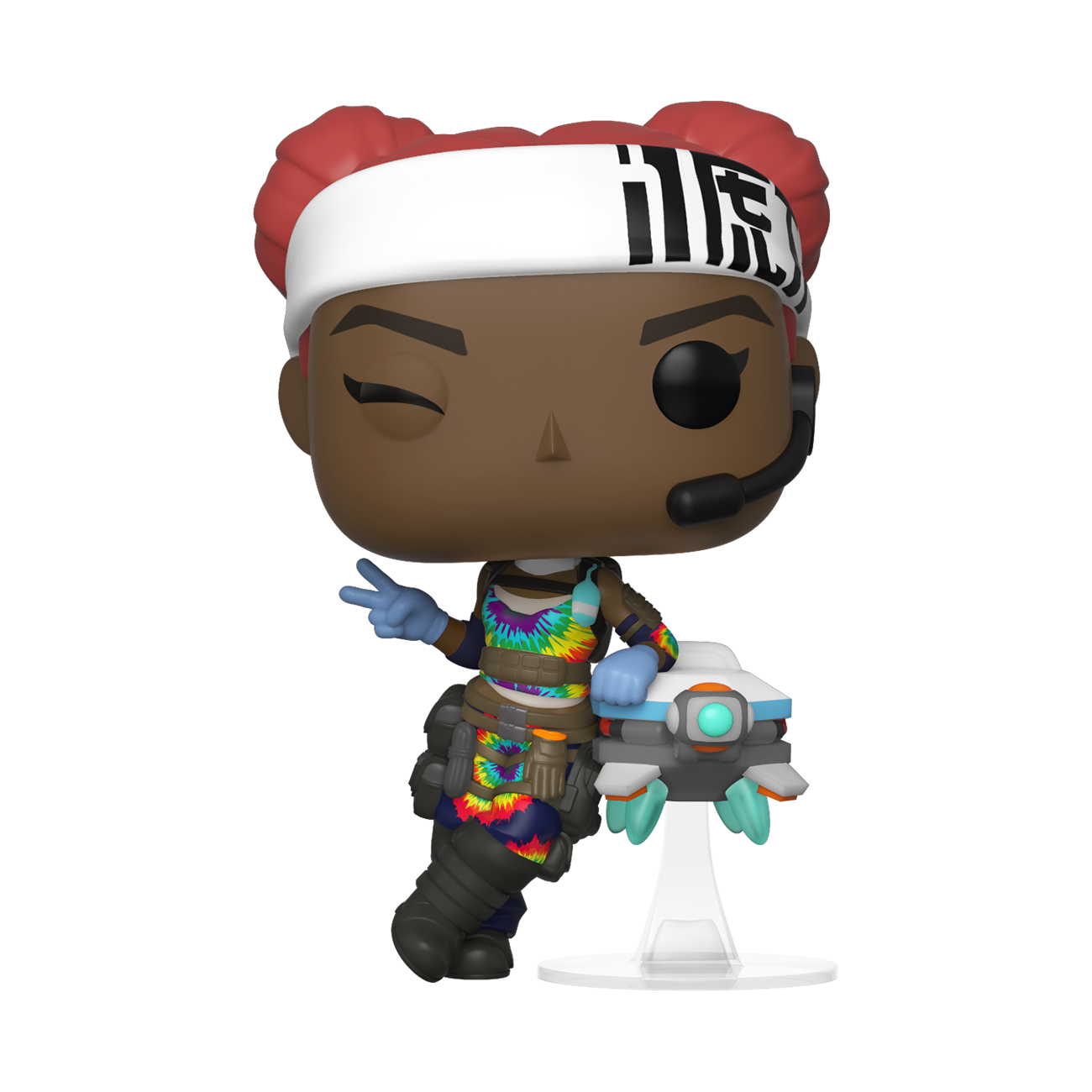 The team behind something like this would ideally already have that foundation as a studio that makes fighting games. The dream would be to let the competent hands at NetherRealm take the helm and make this. They have had a great track record since Mortal Kombat 9 and have even made a great series with Injustice. They could really take their signature gameplay that usually has high-intensity gore and make it fit. Having the blood and gore replaced by blocks flying off or breaking would work for them.

I would love to see what they could come up with for the different characters. It would be great to see them have Kait Diaz place a boot on the chest of The Joker or Widowmaker and pull out a Boltok pistol. The camera shifts to look up at Kait as she squeezes the trigger and little blocks fly everywhere. If they could at least get a teen rating blood could be used.

Another solid choice for the development team behind this could be the studio that built Fantasy Strike. Sirlin Games managed to make a fighting game that blends fantastic characters and easy to grasp gameplay. That gameplay builds upon itself and bridges the gap between being a pro and a beginner. On the show floor when I was interviewing for this game I watched a random player that was decimating the developer team gets absolutely slapped down by a woman who walked up and played for the first time. The developers had given her a quick run of the wonderfully simplistic controls and she just whipped the smile off that guy’s face without move spamming.

That style would also really work with Funko Fighters. While I love NetherRealm their hyperfocus on complex combos and being in just the right place for a move to work can really turn off an audience. Sirlin Games would definitely be able to make something that would balance that satisfying feel for veteran fighting fans, while not shutting out the newer fans wanting to break into the genre.

To Close it Out:

This would also be a great way to drive up sales of Funko figures and sets. They could put special QR codes in the back of boxes or on the receipt that would unlock new characters for the game. They could even have the full sets be able to be scanned into the game and make brand new fighting arenas.

Simply buy the product, scan the code, it will then send you a unique code to enter into your system so you can play as whoever or whatever was scanned. Imagine scanning a set and having Bayonetta and Michael Myers fight in a WWE Hell in a Cell.

Knowing the logistical improbabilities of this, I know it is a slim chance to get this game into reality.  But a person can dream.

Who you would love to see on that roster. How would you frame the story as well? Tell us in the comment section below.