After being leaked this week Kratos has officially joined Fortnite as an optional skin. Complete with his iconic gear from God of War 4. 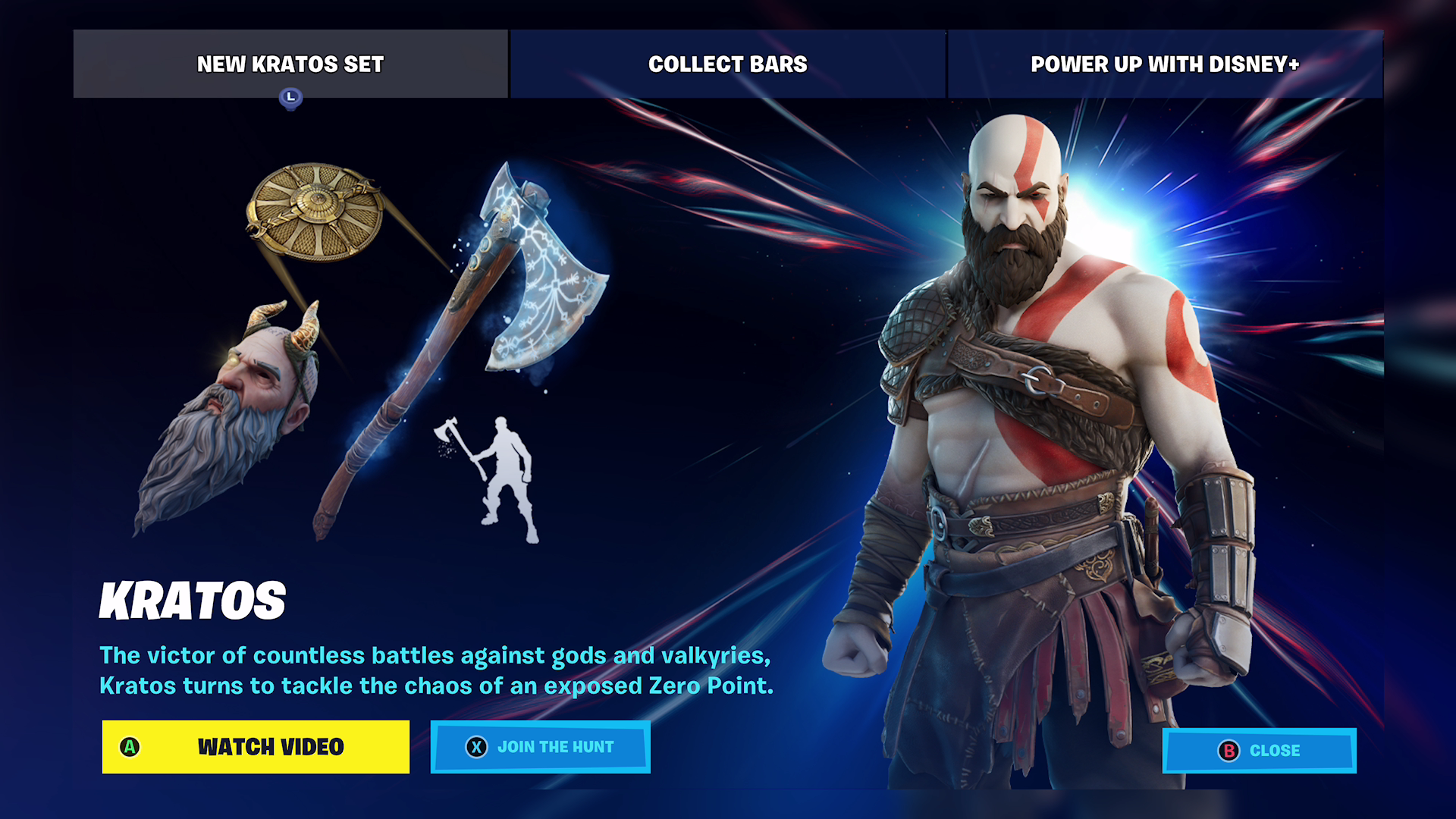 The god-killer is the most recent addition after the start of Chapter 2 Season 5 which added The Mandalorian-themed content to the popular title. Many were asking for Master Chief to also join the roster following Kratos leak which could happen. It would be great promotion for Halo Infinite.

Kratos cost 1500 V bucks just for the skin, 1000 for his Levithan Axe, and 800 for his Guardian Shield. The entire bundle is available for a discount of 2200. The skin only features Kratos’ current look and not his original.