This year we wanted to do a Holiday Guide but also wanted to get the staff involved. So, we decided to give each staff member here a “Secret Santa” with a famous video game character. They were asked to pick some product in real life as a gift. Something that character might like to get as a gift.

Some were definitely harder than others but each was chosen randomly out of a hat. Hopefully, the following list of nerdy and video game products will give you inspiration for gift buying this year. Enjoy what your favorite GAW staffers came up with.

Looking for a gift to give the homicidal mutant in your life is always a challenge. So when I had to find something for everyone’s favorite Resident Evil 3 menace Nemesis I knew I would have to reach beyond the S.T.A.R.S. to find it. Horrendous puns aside the guy only really seem to know about two things, he likes guns and hates special agents. My original plan was to get him a rubber duck that had Jill Valentine’s outfit on. Then the tail end of the previous sentence resurfaced in my mind and I thought about hearing a huge explosion as a rubber duck lets out its final squeak. Then that eight-foot thumb-looking Nemesis growling “S.T.A.R.S.” like a troubled youth learning to scream properly for his band’s big gig and that idea quickly evaporated.

So my next thought was, what if Nemesis misses his home? I mean the homicidal turtle anus probably misses being around where he was developed. All the mumbling scientists as he was strapped to the bed to not kill anyone. His first steps, towards his innocent intern victim. I don’t even know if this guy knows how to use a cup properly but it does have his creator’s logo on it. I guess it’s the Resident Evil equivalent of a “best dad” mug since you really shouldn’t put “really great at murdering” on a coffee thermos. In any light Nemesis will hopefully love this Umbrella Corporations thermos I found on Redbubble and maybe someone you know will too. If you don’t hear from me again, he did not like the gift and has come after me. He probably shouldn’t have caffeine. 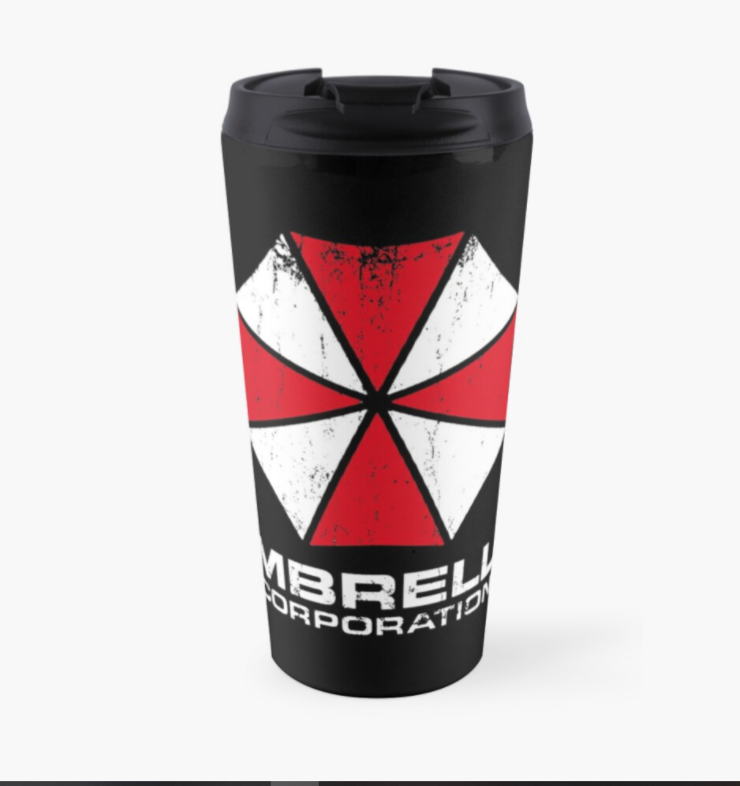 What do you get for the Robot Master who just wants peace for both humans and robots? I mean, this is a guy who can basically 3D-print the special weapons of the previous boss he defeats, for one. And travel! Yeah, he’s taking down Dr. Wily’s minions at every turn, but he’s probably got items from the world all over too.

You get him something to remind him of his Creator – and father figure – Dr. Light. Dr. Light didn’t want his robots used for combat, but his first Robot Masters were stolen and reprogrammed to wreak havoc on the world. Rock, who at the time was Dr. Light’s robot lab assistant, asked to be converted into a fighting robot to help stop Dr. Wily. Thus, Mega Man was born! (Yes, I’m paraphrasing greatly here.)

This Mega Man Silver Foil Blueprint not only looks great in a frame, but it also serves as a memento of Dr. Light. 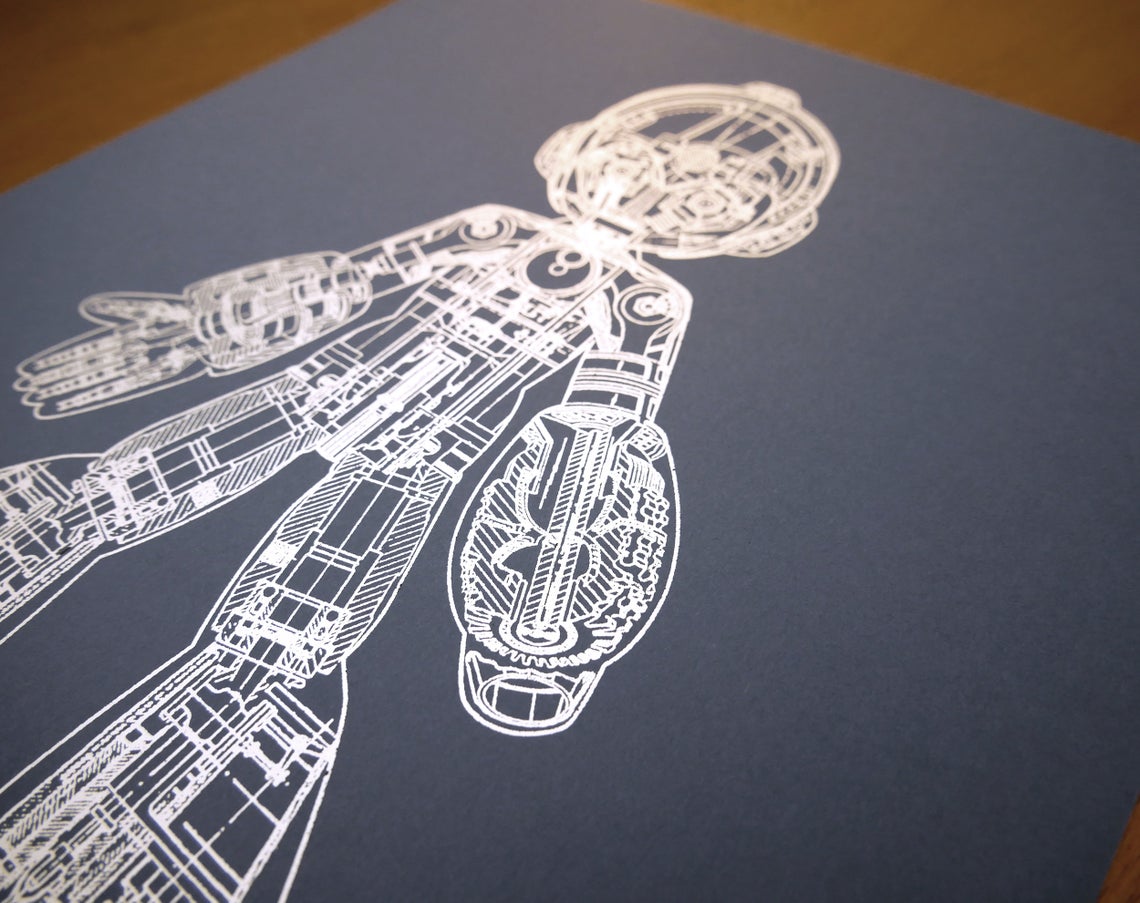 Luigi the other brother from the super Mario brothers, unfortunately, lives in the shadow of his larger-than-life brother Mario. This had me pondering what would be a great gift for Luigi during this holiday season that would befit a super Mario bro of such humility. One awesome idea came to mind that would propel Luigi to the highest echelon of society from his depths of mediocrity.

By giving Luigi an adult-sized Mario costume, he could make people think he was Mario, I know ingenious. What a great way to show the world that you are the superior plumber by disguising yourself as the mushroom kingdoms top pipe connoisseur. With Mario’s attire, Luigi would finally be able to let princess Toadstool get abducted, have the mushroom kingdom fall to king Koopa’s troops, and yet still be celebrated at the end of the day. The mushroom kingdom really has some low standards, maybe I should move there. 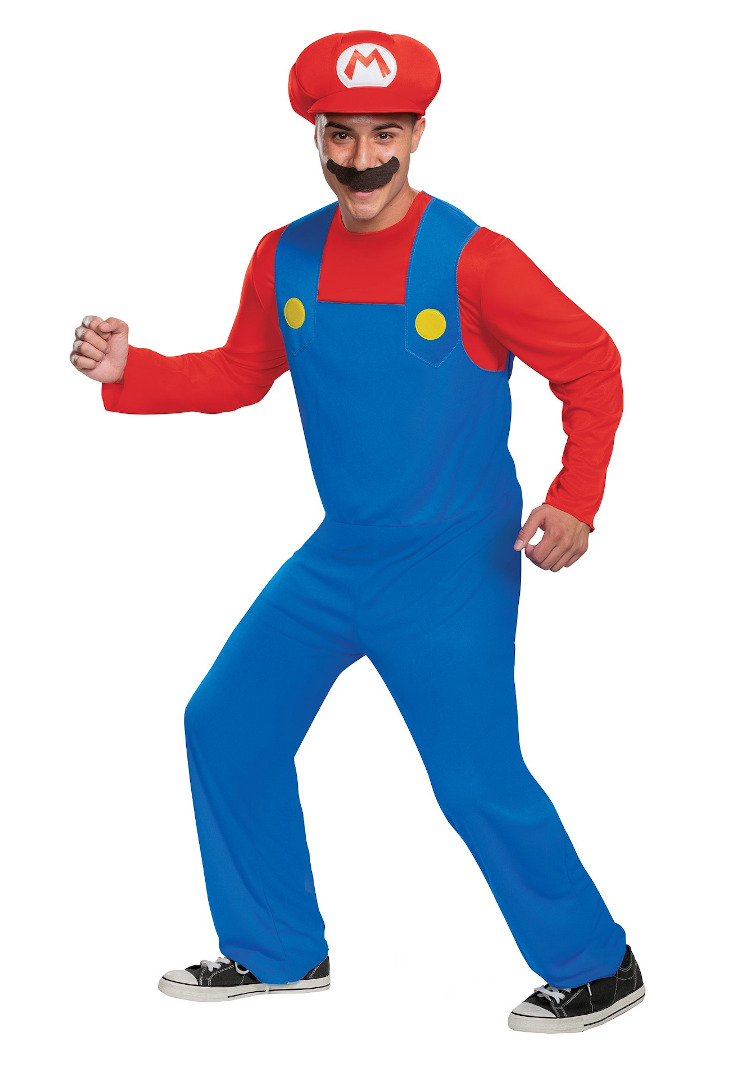 What do you get the best bounty hunter in the galaxy? What could Samus possibly need that her suit doesn’t already do? These are frustrating questions; and not unlike that of my real-life gift-giving consternations. But that’s not the point. What do you get Samus? She has a ship, a suit, and a blaster and like, all the abilities plus the best type of video game genre. Since she was so unwilling to kill the last Metroid when it was a hatchling, I think it’d be best to see how she’d do if she had to care for something like a child.

Since I can’t get her an ACTUAL child, and Lucasfilm and Disney won’t return my calls (or letters, DMs, texts, etc.) the best I can do is a stand-in for the child from the hit show “The Mandalorian.” He’s got space powers he doesn’t know how to use yet, he’s cute as a button, and has a little flying egg thingy. Maybe that’ll help her on her way…

Look I haven’t played a mainline Metroid game in forever so I’ve kinda lost the plot. Grogu will keep Samus company on the journey to do whatever she’s doing now. Merry Christmas, Samus! 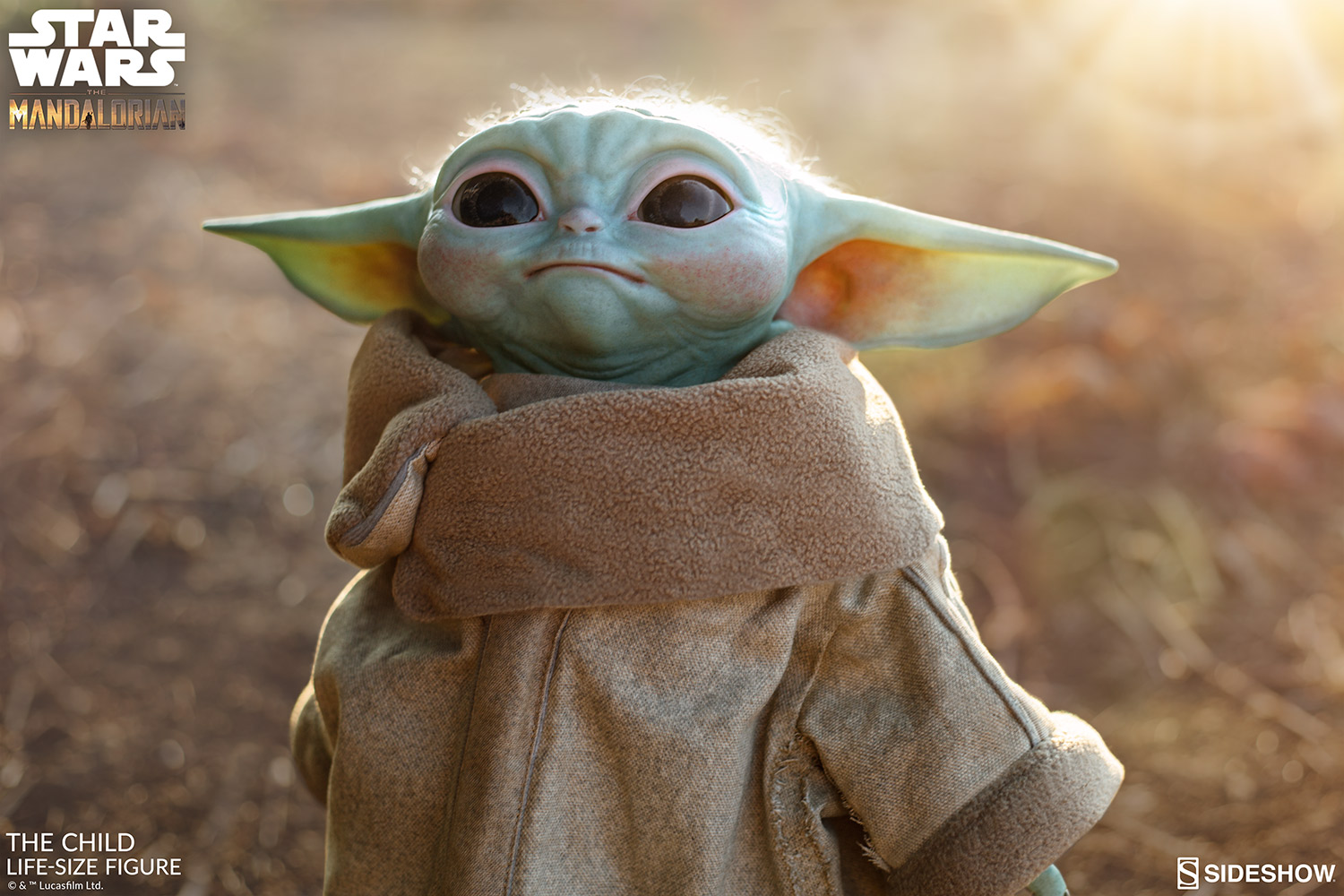 Sometimes you just don’t feel like going to the gym to workout, especially in the holiday season. For some going to the gym is a cathartic release, especially if you’re constantly enrolled in a fighting tournament like Ryu from Street Fighter. Buying a gift for him or the Ryu in your life can be difficult: they usually have one thing on their mind, combat. But with the challenges of this year and having to social distance from everyone it’s hard to have a good fight when you’re afraid of getting sick. Since we can’t do that, why not do it virtually?

The Oculus Quest 2 is a fantastic new VR headset that is far more advanced than its predecessor, light and no need for cables! There are plenty of boxing and combat games on the platform, which is the perfect way for Ryu to blow off some steam, and practice his fighting moves till he can enter the ring (physically anyway) again. On top of that, maybe it’s a good way for Ryu to try something new, maybe jump into Vacation Simulator because god knows this guy needs a break from all the street fighting. Plus he can practice all his Hadoken’s without blasting a bright blue ball of energy at anyone which is great since the last thing he needs this holiday season is an assault or property damage charges.

This is the perfect gift to get Ryu, or the Ryu in your life offering new, innovative experience video game genres you’ve been playing since the first Street Fighter.

Have a safe and Happy Holidays from all of us at Gaming Access Weekly!